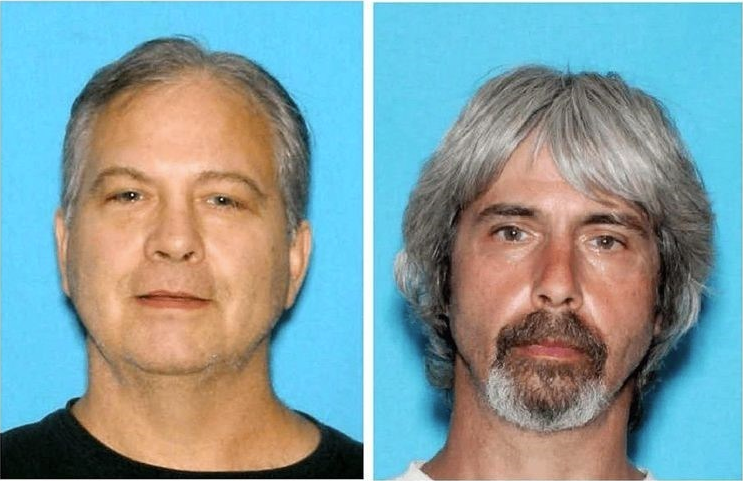 Golf courses attract all types. Doctors, lawyers, plumbers … but alleged murderers on the run from police?

That apparently was the case over the weekend at a golf course in Moses Pointe, Wash., about 200 miles east of Seattle, where two brothers accused of murdering a western Washington couple, made a pit stop for a round of golf. They also enjoyed hot dogs and cold beer.

The accused murderers, John and Tony Reed, were headed for Arizona. Or at least police thought that was their plan.

A waitress at the Links at Moses Pointe called authorities after seeing a picture of the two men she’d waited on appear on a news report.

“I saw it on my phone and threw my phone down,” she told KHQ in Spokane. “They were very polite. They were calm.”

The suspects haven’t been spotted since they left the course. Police said they are believed to be traveling in a red 2007 Volkswagen EOS Coupe.