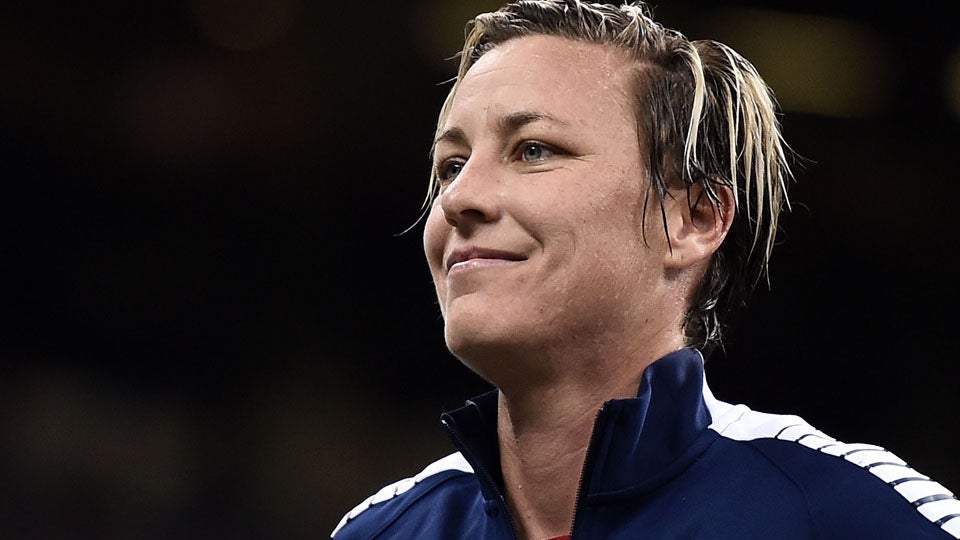 Abby Wambach stands for player introductions prior to the women's soccer match against China at the Mercedes-Benz Superdome on Wednesday, Dec. 16, 2015, in New Orleans, Louisiana.
Stacy Revere/Getty Images

The 35-year-old soccer star retired on Wednesday night — leaving to a standing ovation in the U.S. Women’s National Team’s 1-0 loss to China in New Orleans — but she might already be sizing up her newest project.

Wambach told the Democrat & Chronicle she’s played more golf since she announced she would retire this year.

She has one problem, though.

But it seems like Wambach is serious about pursuing a career in golf. According to the D&C, “the Pittsford native has even said that she’d love to get good enough to play pro golf.”

Golf is in her blood, too. Wambach’s father is a member at Oak Hill Country Club in Pittsford, N.Y., which has hosted a Ryder Cup, three U.S. Opens and three PGA Championships, with a fourth coming up in 2023. It’s also ranked 68th on GOLF’s 2015 list of the Top 100 Courses in the World.