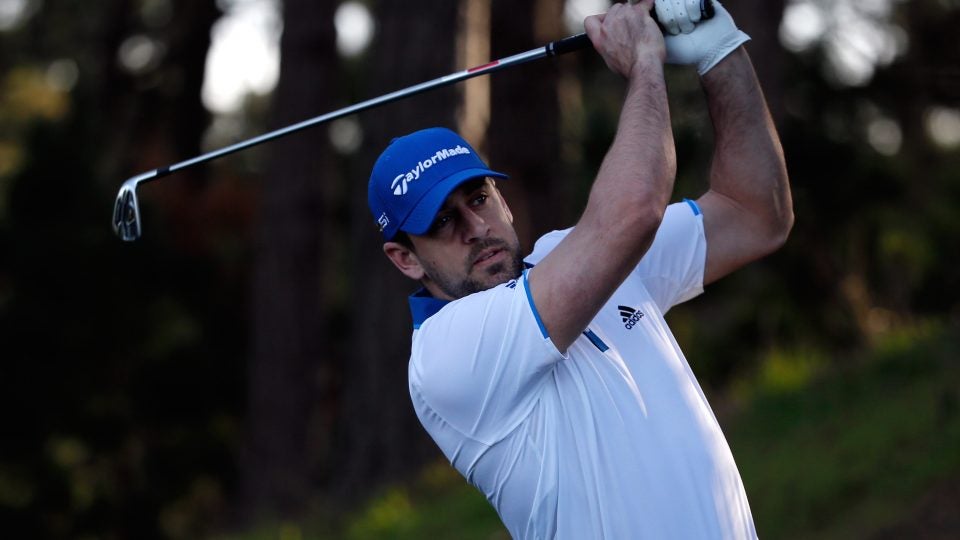 Aaron Rodgers decided he needed to cut back on golf this offseason to get in the best shape of his career.
Getty Images // Sean M. Haffey

Professional athletes all have their offseason vices, and golf is one of the popular ones. That is, until it hurts your in-season abilities.

For Aaron Rodgers to get in the best shape of his career, he felt he needed to cut back on golf, according to a report from Rob Demovsky of ESPN.

“I put a lot of work in this offseason,” Rodgers said Tuesday. “As much as I love golf, it’s kind of taken a back seat to my workouts, and I’m light as I’ve been I think ever coming back at this time of the year.”

Rodgers, who boasts a 4.0 handicap index (per the Wisconsin State Golf Association), hasn’t posted a score since June of 2016. That might be too much time away from golf. That being said, as Demovsky notes, Rodgers was able to work in a few rounds at the AT&T National Pro-Am in February. He and Jerry Kelly missed the cut by six strokes.