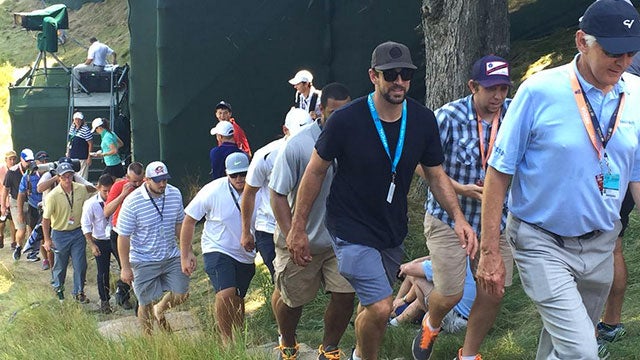 The best quarterback in football was watching the two best golfers in the world Friday morning at the PGA Championship.

Aaron Rodgers of the Green Bay Packers was following Rory McIlroy, Jordan Spieth and Zach Johnson in the second round at Whistling Straits. Even accompanied by a sheriff, Rodgers managed to stay fairly incognito on the links surrounded by fans wearing the green and gold of his Packers.

Just last night, Rodgers was in Boston in the Packers’ first preseason game against the New England Patriots. Once McIlroy and Spieth finished their round, Rodgers jumped to the first tee to watch Tiger Woods tee off. Not a bad way to spend your day off.