A Round With… Troy Merritt 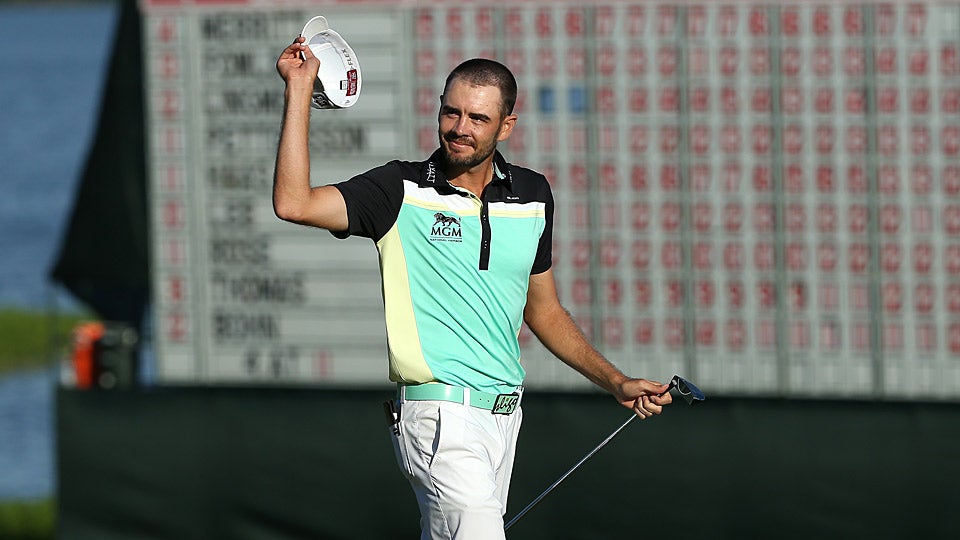 Wow, Crown Royal & 7 is a serious drink! You’re kicking off our new 19th hole Q&A with the right attitude. Do you try to avoid drinking during tournament week?

It depends on how much you drink. I don’t have any issues having a glass with dinner.

My first time at Q-School, just outside Reno, we got back early enough [after the first round] to play some blackjack, and we just kept playing — for about eight hours. I had more than enough to drink that night, and I was hung-over the next morning. But I went out and shot 65 and made it to the second stage of Q-School.

That’s pretty old-school of you.

That’s the name of the game. [Laughs]

How do you explain winning after all those rough weeks?

I didn’t play poorly over those five missed cuts. I was just stuck in neutral. My best finish in my rookie year [2010] was third place in New Orleans, and that was after seven straight missed cuts. One week can change everything.

How much has winning a Tour event — and becoming a millionaire overnight — changed you?

Right before I left my house to go to the airport for the Memorial, I dropped my phone and smashed the screen. It’s still smashed.

So you’re frugal. Where does that come from?

I grew up in small-town Idaho. My parents were schoolteachers. We didn’t have a whole lot, but they did whatever they could to allow my brothers and me to participate in what we wanted to. It was just a good, humble upbringing.

Your career has been full of ups and downs. How do you deal with the stress of the down times?

You just don’t ever give up. That’s the thing with this game: Anything can happen. It’s not even day to day or week to week — it can be shot to shot. You can be going so well, hit a poor shot, and then forget how to play golf for the next month. It’s a very funny game. It’s frustrating. It’s stupid. And I love it.