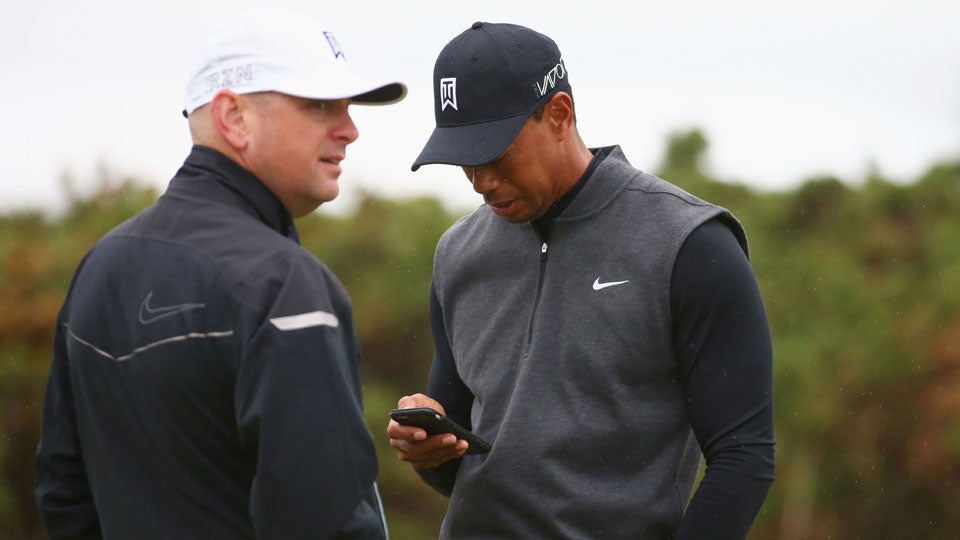 Tiger Woods of the United States looks down at his phone alongside caddie Joe LaCava ahead of the 144th Open Championship at The Old Course on July 15, 2015 in St Andrews, Scotland.
Getty Images

Last Saturday evening Graeme McDowell received a text message. Greg Norman was checking in. Norman had been watching McDowell play in the OHL Mayakoba Classic and noted that G-Mac’s backswing was getting a bit short and quick. McDowell took the advice to heart, worked on his backswing the following morning, then went out and won the tournament in a Monday playoff.

“It was nice to get a little positive reinforcement from the Shark,” McDowell said. Which got us thinking: What other text exchanges occured during some of the most memorable moments in golf history? In an Extra Spin exclusive, we did the hard work and obtained cell phone records from some of golf’s biggest stars. Enjoy.

5) Dustin Johnson Texts His Caddie Before the 2010 PGA Championship

6) Greg Norman Texts His Wife Before the 1996 Masters