In his new book, The 1997 Masters: My Story, Woods reveals new details about his historic victory and writes extensively about his upbringing. Here are seven things we learned after giving it a read.

1. Earl Woods fixed Tiger’s balky putting stroke the night before the first round, telling his son, “Your hands are too low. Lift them up. Get that little arch in your hands like you always do.” As Tiger writes, “I had to adjust my left-hand position and my posture… This meant my forward press on the putter was different, but I knew Pop was right.”

2. Despite winning the ’97 Masters by 12, Tiger never doubted that he needed to rebuild his swing. “I was criticized widely for wanting to change a swing that had won the Masters so decisively. But … Butchie knew what I needed to do, and above all, I wanted to do it. I thrived on working on my swing. I was addicted to staying on the range for hours. A typical practice day for me was hitting six hundred balls, working on my short game and putting, playing, sometimes on my own, and working out in the gym for 2-3 hours. That was the life I wanted.”

3. What’s a post-win party without tunes, a fast car and fast food? “We had a CD by the hip-hop group Quad City DJ’s, and we put the song ‘C’mon N’ Ride It (The Train)’ on at full blast as we drove down Magnolia Lane…the windows rolled down in the big Cadillac courtesy car… We stopped at Arby’s again and continued to the house.” 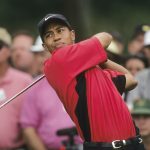 You may also like Tiger’s new Masters book lacks one crucial element: What Tiger was really thinking

4. Remember Tiger’s incredible chip shot at the 2005 Masters (video below)? He doesn’t consider it his best short-game shot at Augusta. “The greatest pitch I ever hit at Augusta was one I hit at the sixth hole in early 2000s, in a Masters that I didn’t win. The pin was back left, and I had hit my tee shot way to the back right of the green. I couldn’t putt from there because of where the pin was. I was had to pitch across a corner of the fringe. I took my sand wedge out because I could put cut spin on it, whereas I couldn’t put as much spin with my 60-degree wedge because of the extra loft. I played a little cut-spin pitch shot from on the green that held up and then rolled down. I left myself on top of the ridge, about four feet from the hole. That was one of the most satisfying pitches I have ever hit at Augusta, probably the best as far as the difficulty of pulling it off.”

5. He got his aggressive attitude and steely demeanor from both parents. “My mom liked me to ‘stomp’ on the other players, to use her word. I started to become what my dad called an ‘assassin’ on the course. I developed that attitude at an early age, without intending to. It’s just who I was.”

6. Woods got fired up before his third-round pairing with Colin Montgomerie after Monty told the media that “experience might be a key factor.” Butch Harmon, Woods explains, “could see it in my eyes… I was itching to play and to take on the course, Monty and the rest of the field. But Monty especially.” Tiger shot a 65 to the Scot’s 74.

7. Woods isn’t wild about the course changes Augusta National has made as a result of modern equipment. “The course has changed in just about every way imaginable, except for the routing. That’s why people say it looks the same year after year. Well, it does, but it doesn’t play the same. The players can see the difference…It probably makes me sound like an old-timer saying things were better back in the day, but I don’t see how anybody could say it’s a good thing that the ball is going so far, and that it doesn’t curve as much because it doesn’t spin.”

You can buy Tiger’s book here. 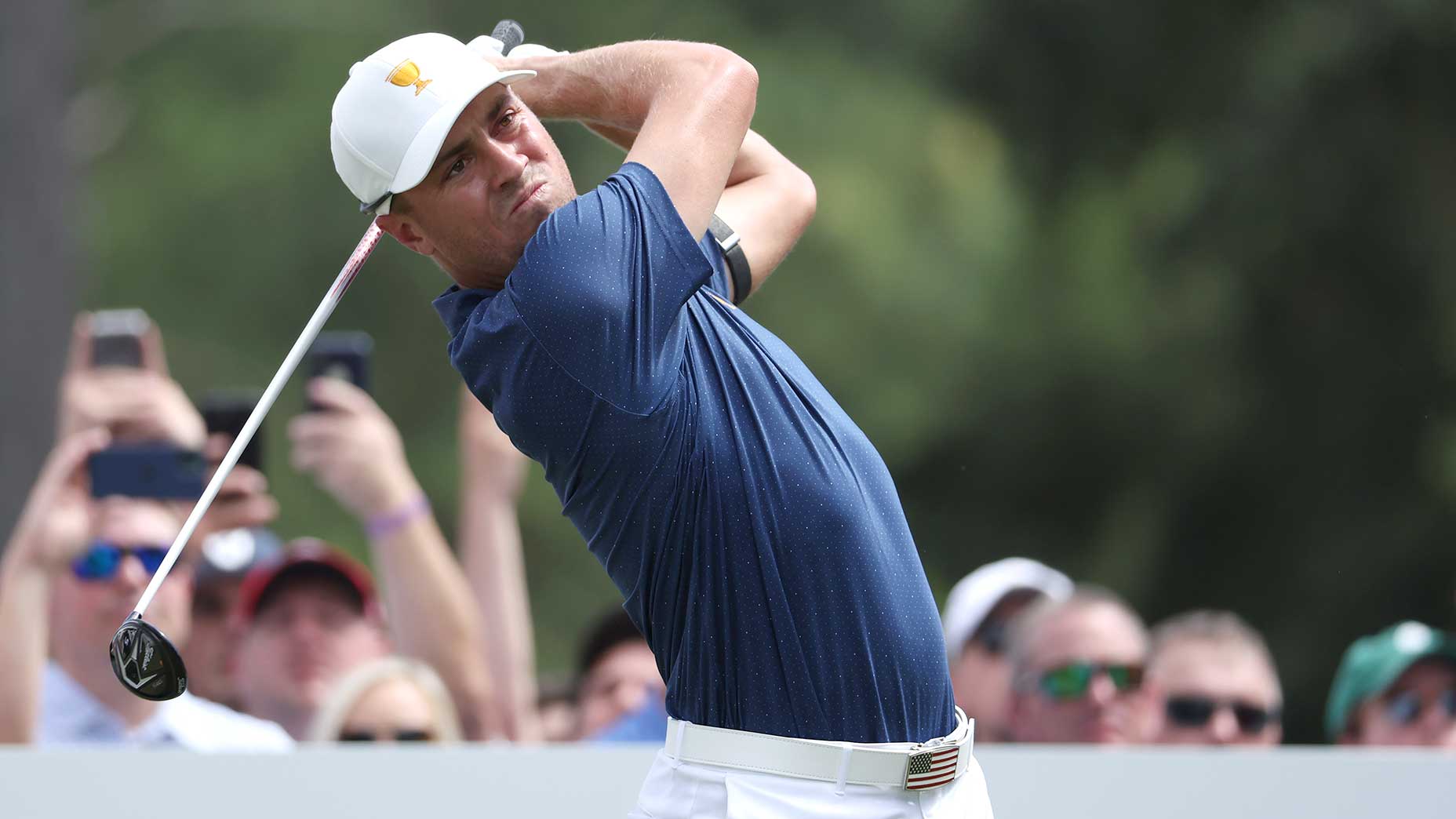 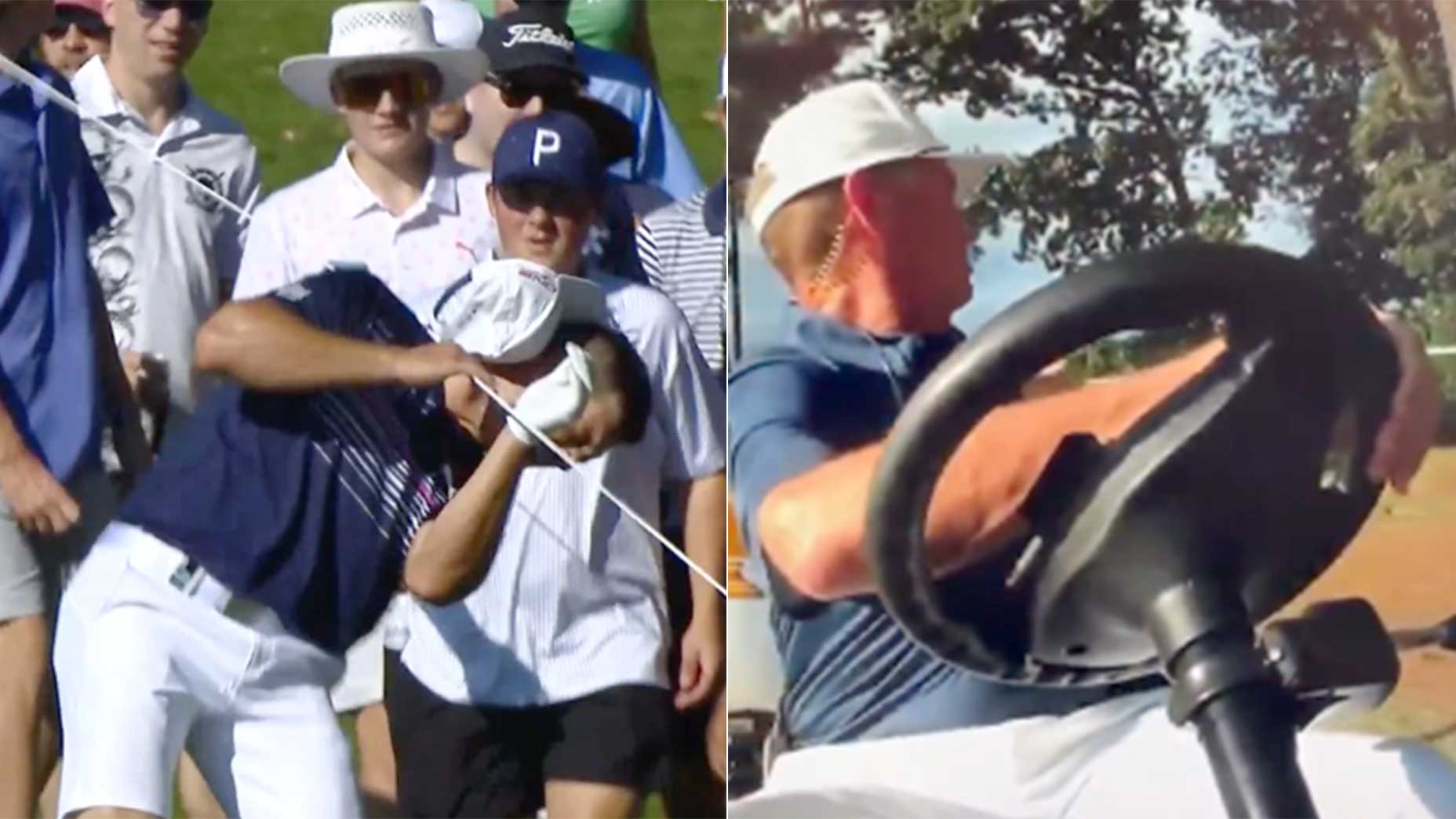