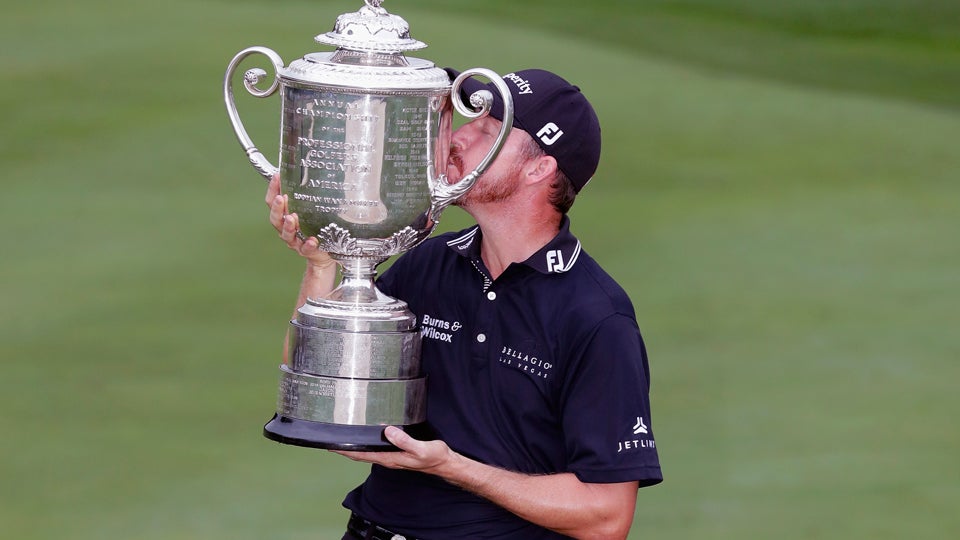 Walker, 37, is the 48th-ranked player in the world (not for long, though) and likely introduced himself to plenty of casual golf fans this weekend. Here are five things to know about the newest major champion.

1. Walker Loves the Stars and Taking Pictures of Them

Astronomy, not astrology. The stars — no horoscopes here. Walker may not quite be a star on Tour, but he’s obsessed with celestial bodies in the night sky. He even has a special $30,000 telescope to get better a look at them.

“You know that dark line you see in the sky at night? You’re looking through the darkest part of the Milky Way so you can see deeper into the universe now than at any other time of the year,” Walker told GOLF.com in 2014. “The center of the Milky Way is where all the action is now. You can squeeze 200 galaxies into one picture if you do it right.”

In response to some criticism of the attitudes of Tour players, Erin Walker penned a piece for GOLF.com criticizing … well, GOLF.com — and, really, all sportswriters by extension.

She took issue with the idea that burgeoning purses were bad for the game of golf, insisting that life for Tour pros isn’t as easy as fans and the media make it seem.

Oh, and she threw in this little dig: “The 200 or so men on the PGA Tour are the best in the world at their chosen profession. They represent about .0001 percent of the population. Yes, they are paid well for their talents, but if you ask me — as opposed to the GOLF.com staffers — they certainly deserve it.”

Many of the most talented players on Tour never have much use for the mini-tours and golf’s minor leagues.

But Jimmy Walker, a 2001 Baylor graduate, hit what was then called the Nationwide tour running in 2004, winning three tournaments and Player of the Year honors.

Not everyone can be Jordan Spieth and take the world by storm before they’re old enough to rent a car. Walker was a late bloomer on the PGA Tour.

4. Walker Has Vanquished Some of the Game’s Best Players Walker has six PGA Tour wins after his PGA Championship. In four of those wins, the runner-ups were Vijay Singh, Dustin Johnson, Jordan Spieth and, most recently, Jason Day.

If you’re going to beat someone, you might as well beat major championship winners, right?

5. Walker Came Into the PGA Championship in a Rut

In four of his last five majors, Walker didn’t make the cut. He didn’t have a top 10 in a tournament since March. This was hardly a man on a mission.

But he played a bogey-free tournament, shot 67 in the final round and held off the No. 1 player in the world to win his first major.

Pretty good time to break out of your rut.