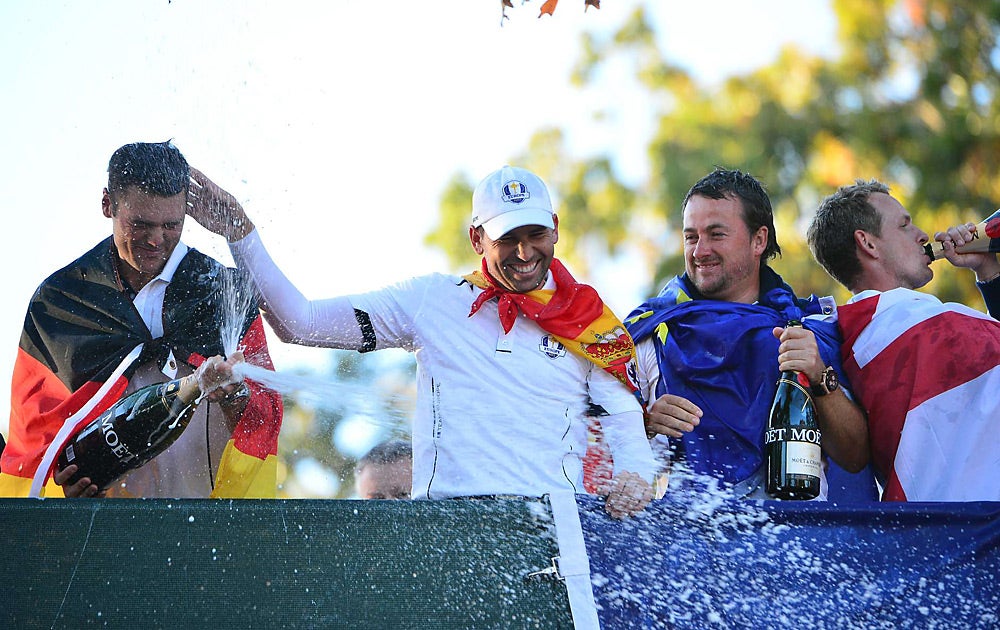 The 41st Ryder Cup kicks off at Hazeltine National Golf Club in Chaska, Minn., on September 30. If the past is prologue, as Shakespeare wrote, we could be on the verge of another Ryder Cup for the ages.

We surveyed the last half century of Ryder Cup showdowns, and three clashes stirred emotions like no others.

At the climax of the 1969 Ryder Cup at Royal Birkdale, Jack Nicklaus conceded a two-foot par putt to Tony Jacklin, leading to the first tie in the event’s history. (The Americans retained the Cup.) At the end of a week full of acrimony and testy behavior from both sides, the moment led to a lifelong friendship between Jack and Jacklin. They even designed a course together, The Concession Golf Club near Sarasota, Fla. What’s more, Jack’s gesture made a statement: The Ryder Cup is about sportsmanship, not gamesmanship. (For his part, U.S. Captain Sam Snead was not amused. “The boys were riled up,” he said. “We went over there to win.”) Fast-forward two decades. Bernhard Langer’s full-body grimace (right) told the story after he missed a six-foot putt at No. 18, giving the Americans the W at Kiawah in 1991. Said Hale Irwin, the German’s singles opponent, “Nobody deserved to have to make that.” Irwin, a two-time U.S. Open champion, admitted to having trouble breathing and swallowing that day, as did teammate Mark Calcavecchia, who lost the last four holes of his match to Colin Montgomerie, then stumbled out to the beach in a daze. Not even the winners escaped the “War by the Shore” unscathed.

3. The Miracle at Medinah

Four years ago, “The Miracle at Medinah” reinforced the dominance that Europe has displayed in winning eight of the last 10 Ryder Cups. It also proved that every point matters, as Captain Davis Love III and his team led 10-6 heading into the singles. When Europe won 8½ of the 12 possible points on Sunday to retain the Cup, Sergio Garcia, Luke Donald and Justin Rose (who beat Phil Mickelson 1-up in a pivotal singles match) showed a flawless synchronicity, even as they uncorked the bubbly. Now it’s 2016. Love looks to make up for Medinah, leading a veteran team against a rookie-heavy European squad. Will this Cup christen a resurgence for the U.S.? Or will another celebratory chorus of “Olé, olé, olé!” ring out in the American heartland? We’re about to find out.