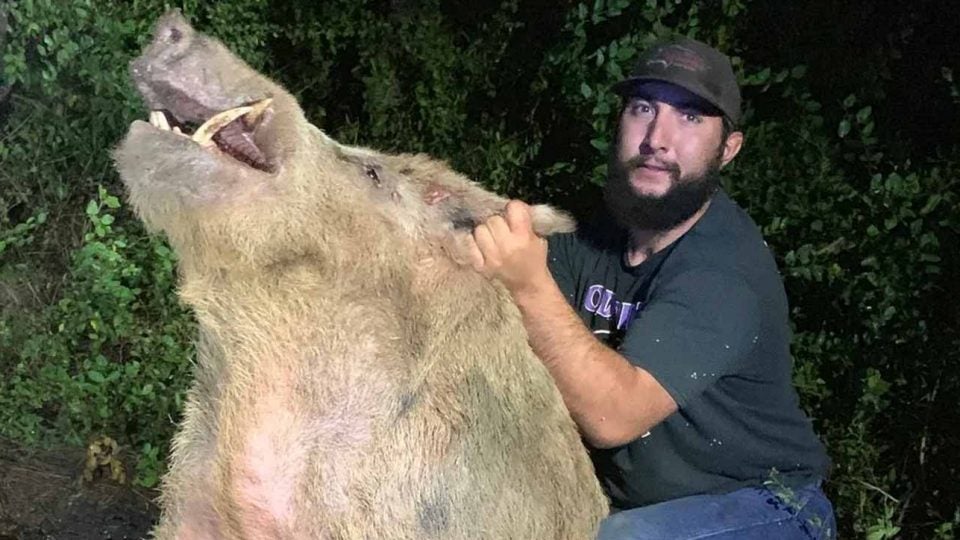 When a massive wild hog moved in and starting causing a ruckus at a San Antonio golf course, the operators knew they needed to call in some professional help to deal with the problem and protect their golfers from the dangerous animal.

Wyatt Walton of local invasive species removal outfit Lone Star Trapping answered the call on September 12 and made his way over to Gateway Hills Golf Course to assess the situation.

News
When animals attack! How to fend away gators, geese and everything else that could harm you on a golf course

Wild boars or hogs can wreak havoc at a golf course by tearing above the grass while searching for food. They also pose a great danger to any humans who get too close to them. So there was no question that this hog needed to go.

Walton told Insider.com that he put together a team of three men and three dogs to capture the troublesome wild boar. At first, the team attempted to use high-tech electronic traps to capture the animal, but the hog ended up being “trap-educated,” according to Walton, meaning it had experience with similar traps before and was too smart to fall for one this time.

Rules
Rules Guy: Can I clean my ball if an animal urinates on it?

Eventually, one dog tracked the hog down, and then the two other dogs, which were reportedly American bull dogs, “caught the hog and held it by the ears until Walton wrestled it to the ground and tied it up,” according to Insider.com’s report. The hog was then taken to a processing center where it was killed.

Incredibly, this particular golf course hog is the biggest that Walton has ever seen on the job (usually they grow between 200 and 300 pounds), and he’s seen a whole lot of them. Walton claims that his company has removed over 1,200 hogs from the area over the last few years. 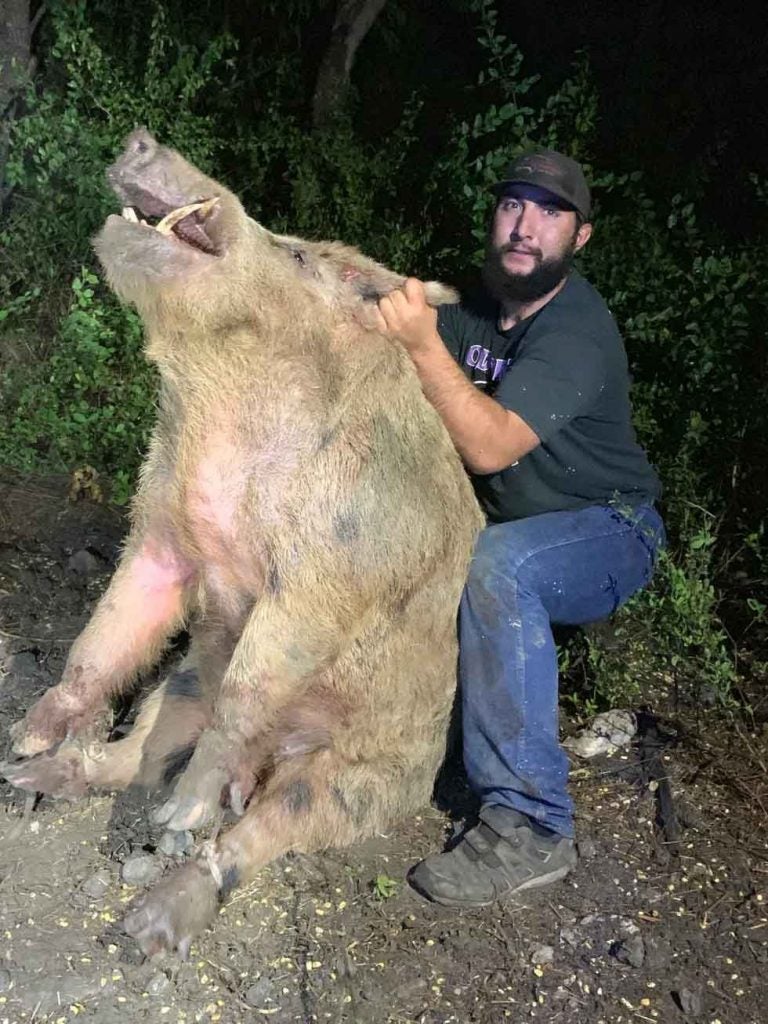