The Open 2019: Tiger Woods waking up in the middle of the night to prep for Royal Portrush 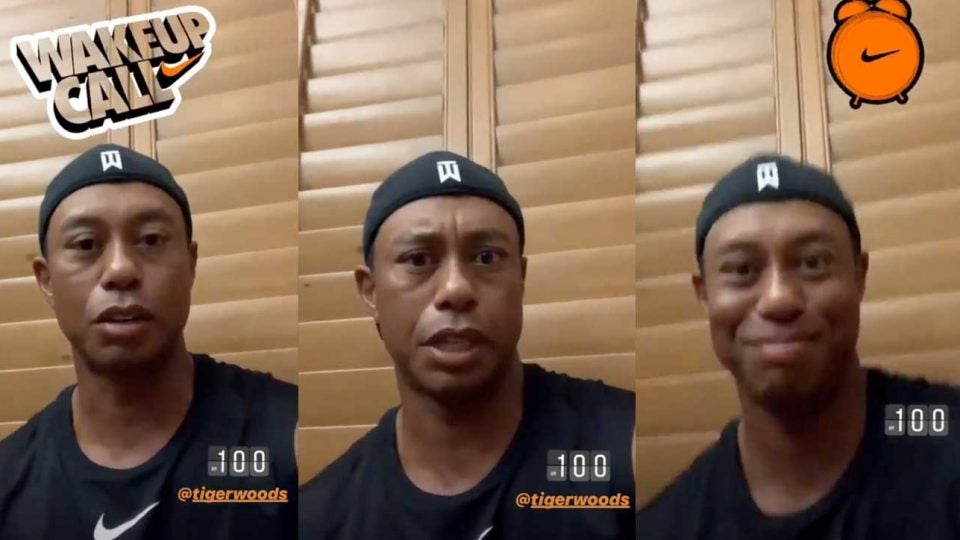 Tiger Woods is prepping in a different way than the many pros already in Europe.
Instagram.com/Nike

While many of the elite players on the PGA Tour are already over in Europe in their annual acclimation to links golf, one noteworthy player isn’t: Tiger Woods. Woods is still on the East Coast of the United States, but still prepping in his own way.

According to an Instagram Story from Nike, Woods is waking up LONG before dawn in order to help his body adapt to the local time at Royal Portrush, host of the Open Championship, which is five time zones ahead of the East Coast.

“If you want succeed and you want to get better and you want to win and accomplish your goals, it all starts with getting up early,” Woods said, wearing a backwards Nike hat and a cut-off shirt, his classic workout getup. You can check out the video here, but do it quickly — Instagram Stories are only live for 24 hours.

Woods’ preparation for The Open may seem like it’s working for him, but it doesn’t satisfy Padraig Harrington. Last week, Harrington was asked about Woods’ decision to not play between last month’s U.S. Open at Pebble Beach and next week’s The Open at Portrush.

As my colleague Dylan Dethier made clear, Harrington is one of the rare pros willing to critique Woods’ decisions. Perhaps this 1 a.m. workout plan is all it will take to get his game ready for the event. Woods played one tournament between the two summer majors last year, and famously contended in The Open at Carnoustie.