Gary Woodland and Jordan Spieth had some trouble trying to drink out of the U.S. Open trophy

Gary Woodland is now a major champion after his U.S. Open victory this past Sunday at Pebble Beach. And with that comes a lot of celebrating.

But even a major champ like the 35-year-old Woodland can run into a little trouble trying to turn up after the biggest win of his career. And it sounds like a fellow U.S. Open champion was involved as well.

In an interview with the Barstool Sports podcast Fore Play that aired on Wednesday, Woodland revealed that he and Jordan Spieth struggled with drinking out of the U.S. Open trophy.

“It’s nice to kind of relax a little bit and open up the cup and get some some liquid going in,” Woodland explained. “Jordan Spieth was with me so I blame him we didn’t know how to get the top off. I’ve seen people drink out of it before but so we actually drank out of the bottom of the cup upside down until the USGA came up and they told us we were doing it wrong. We finally did get the top off and drink the right way.” 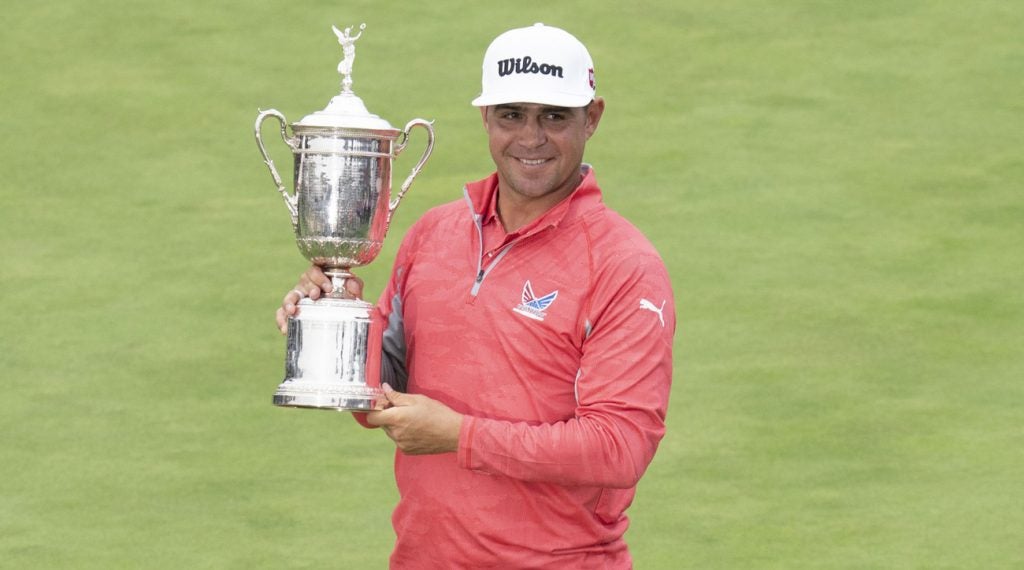 Sounds like Gary Woodland had some trouble drinking out of the U.S. Open trophy.
USA Today Sports

Being the only blemish on his U.S. Open win, Woodland and Spieth should bounce back just fine from this drinking blunder.