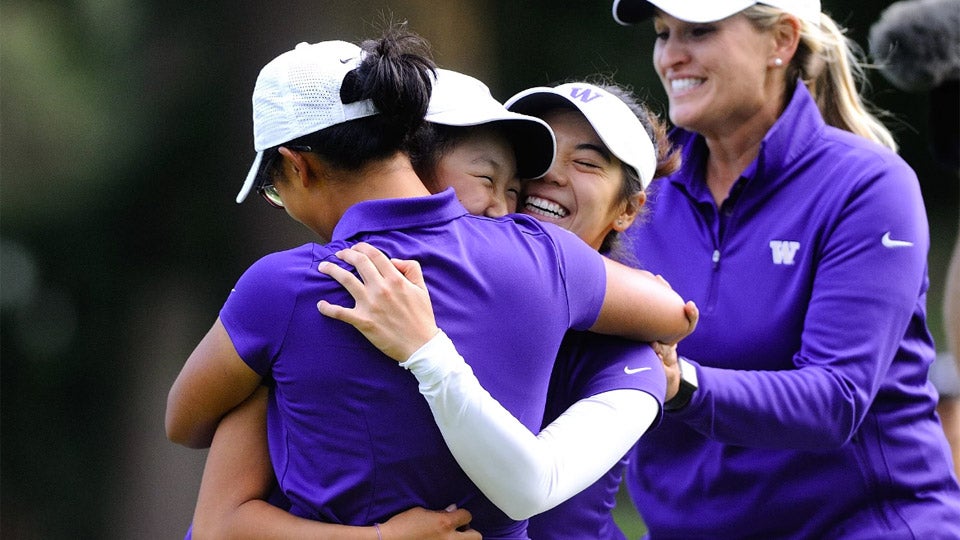 The Washington Huskies celebrate after their victory to advance to the NCAA Championship finals.
huskiesnewera.com

After sinking a stunning shot, especially at a high-pressure moment, most golfers respond with fist pumping, dancing, shouting, or leaping into the air. (Witness Will Wilcox’s ecstatic reaction to his hole in one at the 2016 Players Championship.) Celebrating golfers don’t often think about course maintenance or etiquette. But yesterday a member of the University of Washington’s golf team showed there’s another, more subdued approach to the aftermath of a great shot.

Sarah Rhee, a freshman, holed out from the bunker to help her team clinch the win over UCLA in the NCAA Championship semifinals. Her reaction? To pick up a rake and get to work. Greenskeepers everywhere breathed a sigh of contentment. Watch the video below.

Today, Washington goes up against Stanford for the title.

What. A. Finish! @UWAthletics is on to the #NCAAGolf Championship match after an improbable comeback from Sarah Rheehttps://t.co/z6MoRnNdAg

When you advance to the first #NCAAGolf Championship in UW history. @UW_WGolf tees off at 2:10 PM on @GolfChannel. pic.twitter.com/AhhKE6XRz0