Interview with Rookie of the Year Daniel Berger 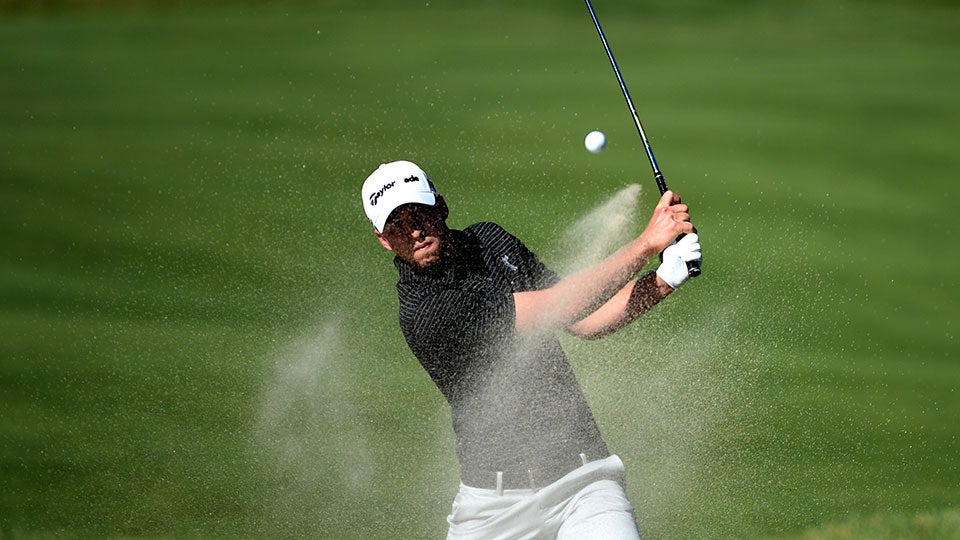 NORTON, MA - SEPTEMBER 05: Daniel Berger of the United States hits his third shot on hole thirteen during round two of the Deutsche Bank Championship at TPC Boston on September 5, 2015 in Norton, Massachuetts.
Ross Kinnaird/2015 Getty Images

How will car-crazy Daniel Berger, 22, reward himself for winning Rookie of the Year? With the perfect drive, of course.

Congratulations on winning PGA Tour Rookie of the Year honors. You beat a stacked field of talented players, like Justin Thomas and Tony Finau. Were you surprised you got the nod?

I don’t think so. I played well enough—two runner-ups and a bunch of top 10s. From where I was in the beginning of the year to where I was at the end, I made a really big leap in performance. All the young guys and rookies played so well that you had to stand out to be mentioned.

Winning is at the top of my list. Once you win, you’ve made it. That’s what you’re [on Tour] to do. It’s just hard. Every single week, there are 130 guys good enough to win out here. You have to bring your A-game, and you have to be prepared.

Your runner-up finishes came at the Honda Classic, which you lost in a playoff, and the BMW Championship. What did those close calls teach you?

Looking back at the Honda, I didn’t play that well during the week, but I finished it off with a good final round. I might have learned more about myself, my game and my abilities [by losing]. That may make me better when the major championships come around. The nerves I felt there were nerves I’d never felt my entire life. Next time, I’ll be prepared. You turn 23 on Thursday at the Masters, where you’ll go after the green jacket for the first time. Not a bad way to spend your birthday.

To be there with my family, and on my birthday—it will be unbelievable. I’ve never been there, but I’ve played it on the Tiger Woods PGA Tour video game. That’s the pinnacle: the Masters. Everyone wants to be a part of it.

Your dad, Jay, was a pro tennis player. What’s the best advice he’s given you?

He always said, “You’re either going to be good at school or at sports.” He let me decide. I believe that if I wanted to be a doctor, I could have done it, but that’s not what got me going in the morning. I woke up each day and couldn’t wait to hit balls. He told me that when he was younger, he would practice five to six hours a day—so I told myself I would practice for eight hours a day. That’s how I was brought up.

At 14, you beat Steve Marino, already a pro, in a match at the Dye Preserve in Jupiter, Fla., where you worked and where Steve is a member. Is that when you knew you had game?

I was a cocky young kid. Marino would be the first one to say that. When I was 13, we’d putt for $500 when I didn’t even have $15 in my pocket. I think that was good in the long run. Now that we play for millions of dollars, I’m able to control my emotions and only focus on the goal at hand.

You won Florida’s Dixie Amateur by 13 strokes when you were just 19. When you’re “on,” are you as good as anyone on Tour?

When I’m playing well, I’m tough to beat. I’ve got distance, and I putt it well and chip it well. It’s about getting consistent. I haven’t been playing golf that long—only 10 years. As time goes on, I think I’ll keep getting better.

It feels like the game is just…easy. I don’t even know what happened. I didn’t come into that week playing that well. I just got one good day of confidence and rode it out through the rest of the week. That was definitely the highlight of my amateur career. 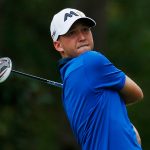 Yeah, when I first turned pro, I bought a [Chevy] Tahoe and put 26-inch rims on it. I went through that phase of having big rims and huge speakers in the back, annoying everyone on the street [laughs].

You banked more than $3 million in 2015—you can get more extravagant than a Tahoe now.

When I made some money, I got a BMW M4. That same week, I played well at the Honda Classic, so I was thinking, Hey, maybe this is a thing—play good, buy yourself something nice and keep playing good.

And didn’t you add a red “69 Camaro to your garage?

I was thinking at the Tour Championship [Berger, the only rookie in the field, tied for 12th] that I’d like to get something ridiculous, a Lamborghini or a Bentley. But I found a classic-car museum in Atlanta and saw the Camaro. I got it a week later and have been driving it ever since. I looked at it and just knew it was the one.

One Thing He Knows For Sure:

THERE’S AN ART TO DRIVING THE RANGE-PICKER.

For three years, I drove the range-picker [at the Dye Preserve]. I came up with my own technique. Pretty simple. You start with a big lap around the entire range, then circle inward. I’m a perfectionist, so when I’d miss a ball, I’d whip the picker around to grab it. And I clean-picked it. No balls left!