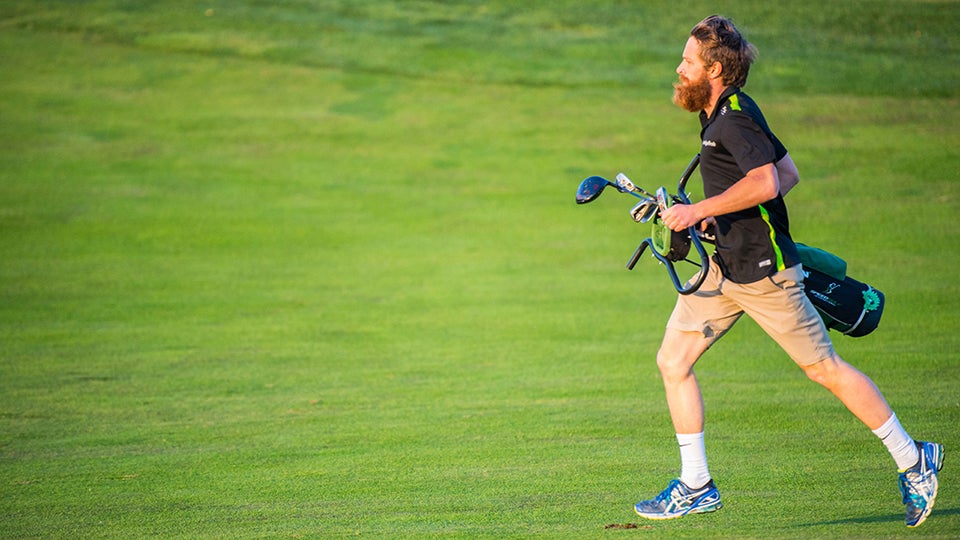 Champion Rob Hogan competing at the 2015 Speedgolf World Championships which were held at the Glen Club in Glenview, IL on October 19-20. Rob completed the two-day competition with a 36-Hole Total Speedgolf Score of 243:28.
MXPiotrowski/Speedgolf

The 2015 Speedgolf World Champsionships took place this week in Illinois, with the winner, Rob Hogan, shooting a spry 78 in only 40 minutes in the final round.

Speedgolf, also known as extreme golf, was most likely born in the late 1970s, when a track star decided to combine running with golf. Scores in speedgolf are calculated by adding the number of strokes to the amount of time it takes a player to complete the course.

To clinch the victory on Tuesday, Hogan’s score for the two-day event was 243:28. Hogan, who is from Ireland, previously won the Championship in 2013 and was a close runner-up in 2014. In second and third place this year were Scott Dawley, from Texas, and Mack McClain, from Colorado. Dawley had perhaps the most exciting round of the tournament; he shot 72 in 48 minutes.

Fast, but not fast enough.

Like What You Read? Check out the all-new Extra Spin Homepage for More!