2015 US Open: Is the Pressure Off Rory McIlroy? 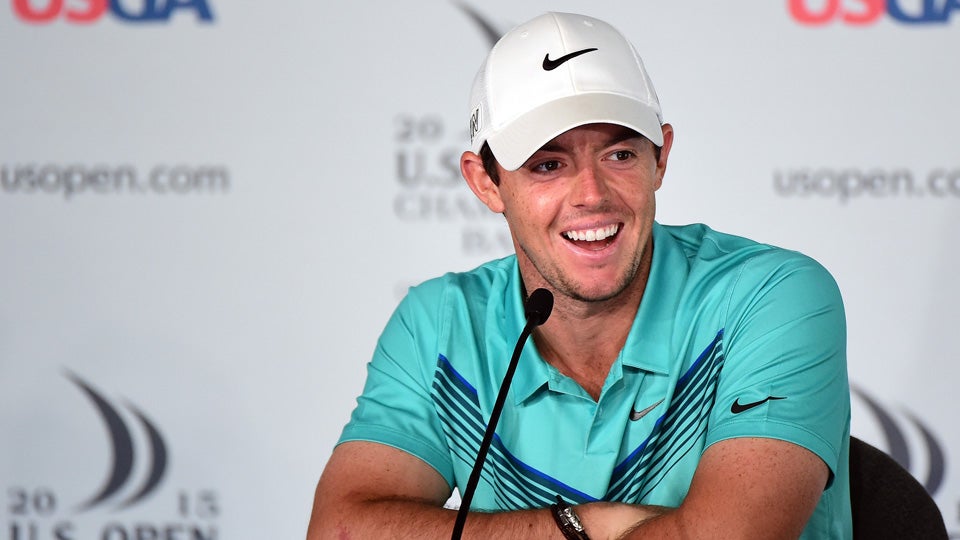 Rory McIlroy of Northern Ireland answers questions during a press conference prior to the start of the 115th U.S. Open at Chambers Bay on Tuesday, June 16, 2015, in University Place, Washington.
Getty Images

Can the world’s top-ranked player fly under the radar?

A couple of months ago, Rory McIlroy was the ‘A’ topic at the Masters as he attempted to lock up the career grand slam. Now, at the 115th U.S. Open at Chambers Bay, much has changed.

He’s still No. 1, but there’s no more grand slam talk like there was at Augusta.

But that should be to his benefit. Other players have taken center stage, or at least taken some spotlight away from McIlroy. Phil Mickelson is now the guy looking for the grand slam, Jordan Spieth is aiming to win back-to-back majors and a 15-year-old is just trying not to get lost in the crowd.

Oh, Tiger Woods is here, too.

“There’s not as much attention or much hype,” McIlroy said. “I can get here and just do my thing without much worry. And I guess, as well, there’s not as much on my mind about what I can achieve. It’s hugely important, a chance to win a second U.S. Open and the fifth major, and that’s all important, but there was just so much hype and so much attention around Augusta, this one feels very different.”

McIlroy was also asked if being the No. 1 player in the world could be a psychological play for him:

“If you look back at the last four or five years, I guess I’ve won more majors than anyone else in that time period,” he said. “So do I feel like the best player in the world? Yes. And obviously I want to go out every week and try to back that up and show that.”

On the success of European players in the Ryder Cup and U.S. Open:

“Honestly I think there’s a direct correlation between Europeans winning Ryder Cups and Europeans winning major championships. I think it’s given Europeans the confidence to come over here and compete, three of the four major championships are in this country. And most likely you’re competing against players that you compete against at the Ryder Cup. So I think having that success in the Ryder Cup has translated into major victories for European players.” 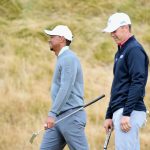 On Chambers Bay being a rare links course in the U.S.:

“It plays more like a links course than some links courses. I mean, it’s so fast, so firm. It reminds me of 2013 at Muirfield at the Open. Was it ’06 at Hoylake when Tiger won there? It reminds me like that. The course is getting burned out, it’s getting dry. It’s a pure links test this week.”

When Cole Hammer tees off on Thursday morning, he’ll be 15 years, nine months and 21 days. The third-youngest player in the U.S. Open’s history will likely get a lot of support from the gallery, too, especially due to his last name.

“A lot of people on the golf course call me Hammer Time sometimes,” he said. “I think they like to have a little fun with my last name. But I like it. It’s kind of fun.” Hammer wasn’t even born when Hammer Time was relevant.

On his expectations this week:

“Honestly, I don’t have many at all. I’m just glad to be here. But I definitely want to try my best to make the cut, see what happens. I feel like my game is in a good place right now. So hopefully I’ll be able to play pretty well, I guess. I don’t know what Thursday and Friday are going to bring, but I’m excited for the challenge. I’m excited to see how the golf course reacts in a tournament round. But overall I don’t have many expectations, I just kind of wanted to go out there and have fun, just experiencing my first major.”

On his first U.S. Open memory:

“First memory I have of the U.S. Open is when Tiger won in 2008, when he did that fist pump on 18th green. That’s — I think I’ve been watching the U.S. Open since then. Probably before, but that’s the first time I remember.”

On his dad caddying for him this week:

“My dad on the bag means the world to me, especially on Father’s Day. I think that’s going to be a cool experience to be able to share together. He’s caddied for me before and we work well together. I think we’re going to have a great time out here.”