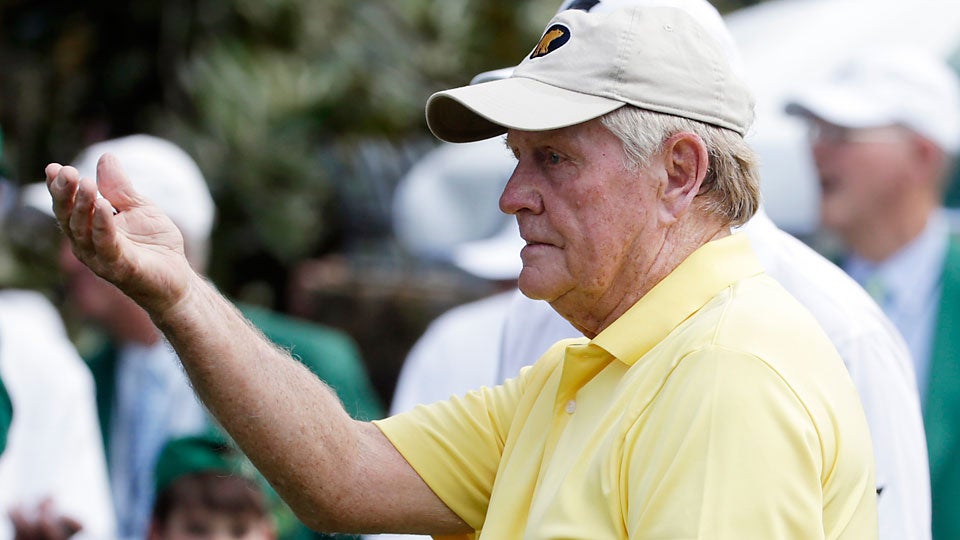 AP Images // Darron Cummings
The greatest players of all-time have made their mark at the Masters.

The greatest champion of all-time, Jack Nicklaus, did it six times. As if that wasn’t enough, the Golden Bear added to his legacy at Augusta on Wednesday afternoon.

Playing the fourth hole in the Par-3 Challenge with Gary Player and Ben Crenshaw, Nicklaus tossed his approach 15 feet beyond the hole, spinning it back and into the cup for an ace.

Nicklaus celebrated with high fives all around, from his playing partners to the caddies, then on to the fans near the tee box.

An ace is plenty impressive, but calling your shot makes it all the more intriguing. That’s what Nicklaus did in an interview with ESPN’s Scott Van Pelt before teeing off in the contest Wednesday.

Nicklaus said he had never recorded an ace at Augusta National. Part of the piece of history created today now belongs to his grandson, Stevie. Grandpa Jack gave Stevie the Nicklaus Black ball used for the hole-in-one along with the golf glove.

Here’s all the aces made during the Par 3 Contest: