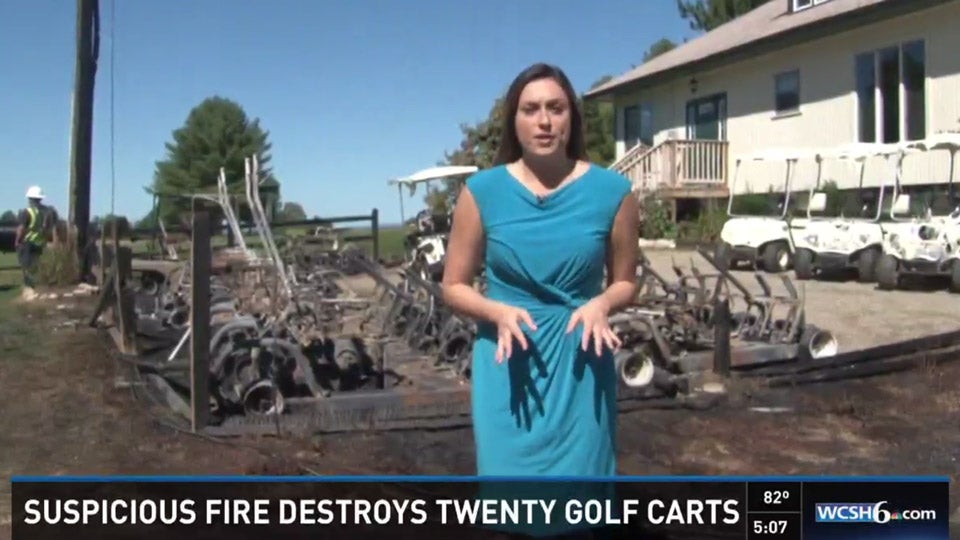 Watch the full report from WCHS6 below.
WCHS6.com

Someone appears to have it out for the golf carts in a small town in Maine.

Weeks after an unknown party vandalized golf carts at Summit Springs Golf Course in Poland, Maine, the unlucky carts were attacked again, but this time they were burned to the ground.

According to a report by WCSH6, firefighters rushed to the course early Monday morning after neighbors called to report a fire outside the club. The firefighters acted quickly to douse the flames and were able to save the clubhouse, but when the smoke cleared 20 burnt out cart carcasses were left behind.

The cause of the fire is unknown, but authorities have not ruled out arson.