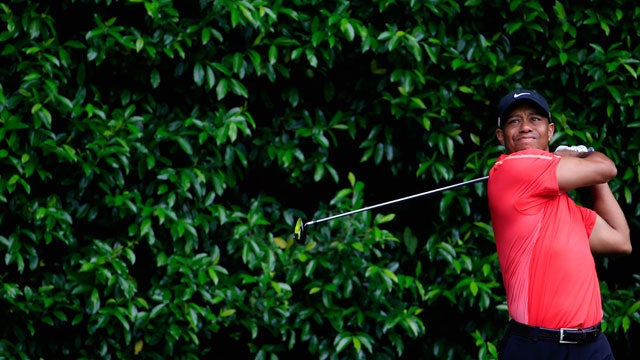 Tiger Woods tees off in the final round of the Masters.
Getty Images

Tiger Woods isn’t at the Match Play this week, but we know where he will tee it up the rest of the summer.

Woods announced on Twitter that he’ll be playing the Memorial Tournament, U.S. Open, Greenbrier Classic, British Open, and the Quicken Loans National in addition to the Players Championship next week.

The two majors are no surprise, and Woods had already told tournament host Jack Nicklaus that he would be competing in the Memorial Tournament. His commitment to the Greenbrier Classic, however, is unexpected. Woods has played the event only once, in 2012, when he shot 71-69 to miss the cut.

For Woods to tee it up at the WGC-Bridgestone, he would have to climb into the top 50 in the World Rankings. He is currently No. 116. Woods did not mention the PGA Championship, a major he has won four times, but if he’s still healthy, it’s unlikely he would skip a chance to add to his major total at Whistling Straits.

See you at the US Open, Open Champ, Memorial, Greenbrier and my Foundation’s event, the Quicken Loans National. Going to be a busy summer.

Here’s Woods’ schedule for the rest of the summer.