​Rory McIlroy Fires 68 in Round 1 at the Frys.com Open 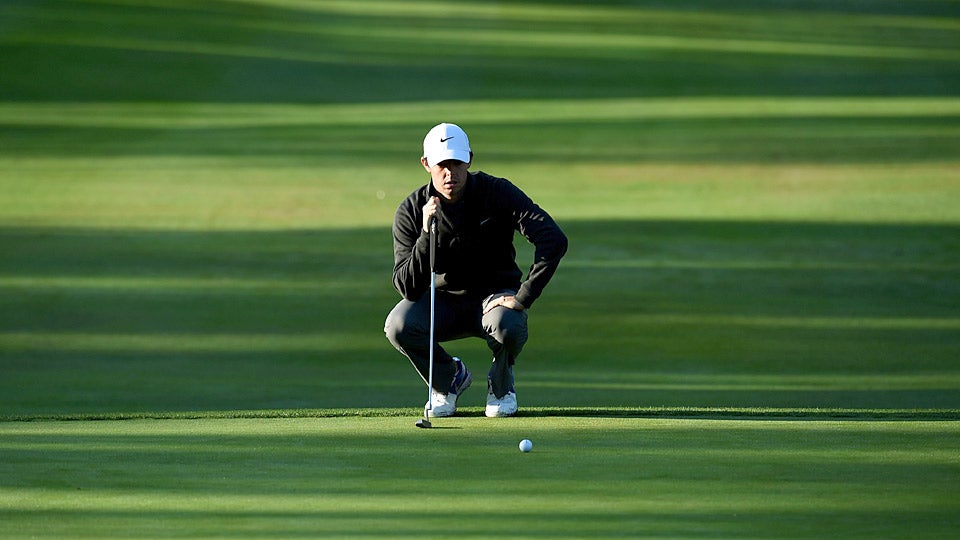 Rory McIlroy during the first round of the 2015 Frys.com Open.
Getty Images

NAPA, Calif. — Rory McIlroy hit 10 of 14 fairways, and 17 of 18 greens in regulation. He never needed more than a 9-iron for his approach shots into the par 4s. If he was rusty or jet-lagged, he didn’t show it.

But after taking a somewhat deflating 31 strokes on the greens he signed for a 4-under 68 in the first round that left him five strokes off the lead (Brendan Steele) at the Frys.com Open at Silverado North on Thursday.

“I converted a few,” McIlroy said, “but I’ll need to hole a few more.”

At No. 3 in the world McIlroy is the highest ranked player in the field, and he played like it from tee to green. But his round was a story of missed opportunities. Coming off a slightly disappointing season in which he won twice but never contended in the majors, McIlroy was vexed by the greens in his first competitive round here, missing birdie putts from inside 10 feet at the second and third holes, and from just outside 10 feet at the fourth. His day ended with another missed birdie try from 12 feet, 3 inches at the ninth.

“It was better from tee to green than I was at the Tour Championship a couple weeks ago,” said McIlroy, who last won on Tour at the Wells Fargo in May. “Definitely a step in the right direction today. Just didn’t hole that many putts. Holed a few. If I can get the putter going a little bit over the next three days, hopefully I can get up the leaderboard a little bit.” 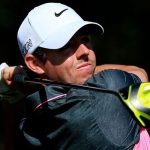 You may also like Photos of the 2015 Frys.com Open

McIlroy, who was 1 over for his first five holes, took time off after the Tour Championship and only got here from the U.K. at 3 p.m. Tuesday. He dined at Ad Lib, Thomas Keller’s pop-up restaurant at Silverado, and planned on touring the wine country after his first round Thursday.

“It’s a nice event. It’s a beautiful part of the world,” McIlroy said. “There is a lot of stuff to do off the golf course as well. Just trying to find a balance between that and not feeling too hung over the next day.”