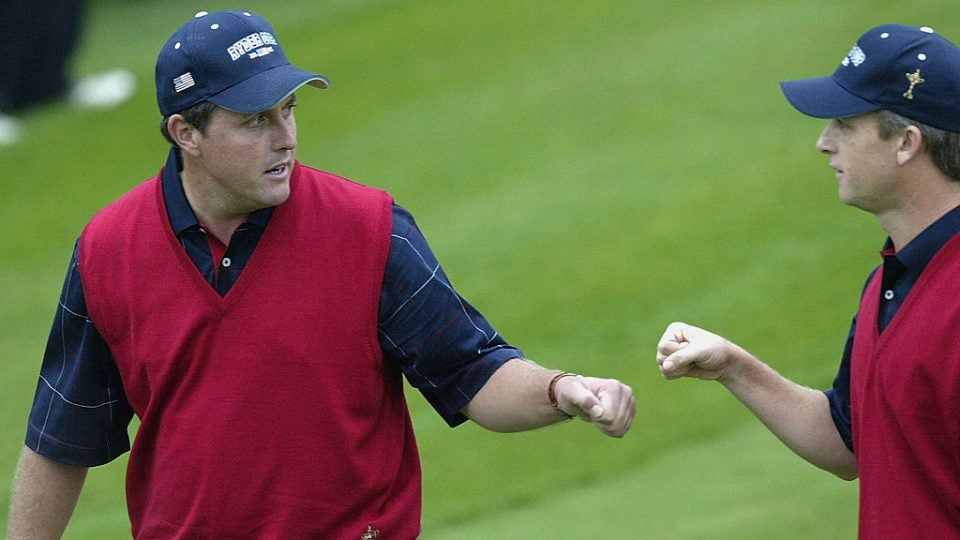 Phil Mickelson and David Toms celebrate on the second day of the 2002 Ryder Cup.
Getty Images

Phil Mickelson doesn’t hold back, especially when it comes to on-course commentary.

On the season premiere of ‘Feherty,’ which will air March 6 on the Golf Channel, Mickelson showed off his talent for storytelling. The star anecdote revolves around an alternate-shot match at the 2002 Ryder Cup where Mickelson was paired with David Toms.

In a tight match, Toms’s approach on the Belfry’s par-4 16th skirted a bunker, but Mickelson stuck the recovery shot within four feet of the pin. When Toms asked for Mickelson’s advice on the upcoming short putt, Lefty let him have it.