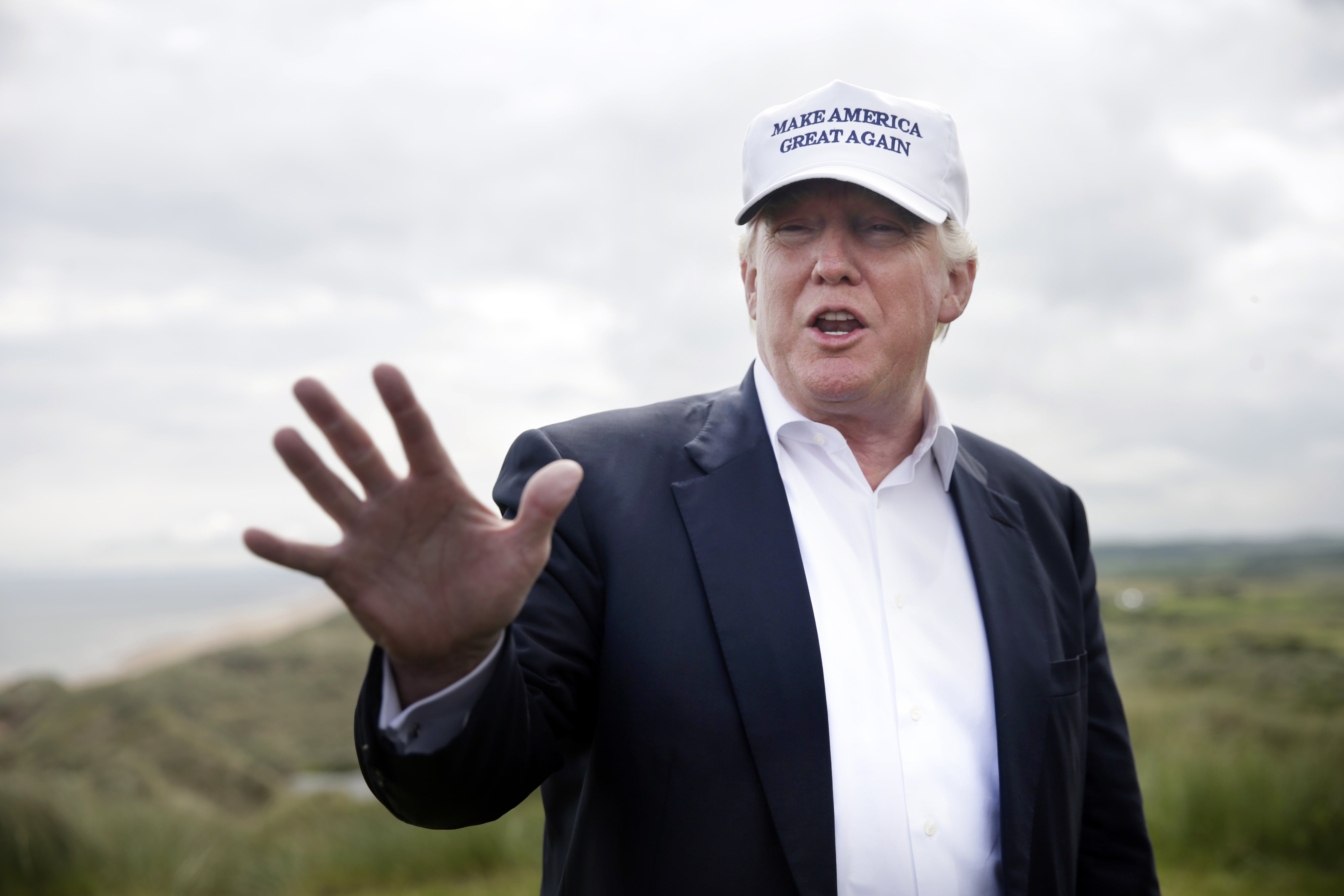 Donald Trump attended an opening ceremony at the refurbished Trump Turnberry while his campaign was in full swing.
Getty Images

Golf is just one more arena where Donald Trump is pushing people into “uncharted territory.”

Following Monday’s announcement that Royal St. George’s Golf Club would host the 2020 Open Championship, R&A chief executive Martin Slumbers confirmed to reporters that Trump-owned Turnberry remains one of the nine golf courses in The Open rotation and will have its next chance to host the event in 2022.

Turnberry has hosted the Open Championship four times, most recently in 2009, but Trump purchased, rebranded and renovated the course in 2014 ahead of his campaign for the Republican presidential nomination. After Trump employed racist rhetoric on the campaign trail, labeling Mexican immigrants “rapists” and suggesting a complete ban on Muslim immigration, The Independent reported that the R&A had “privately decided” to remove Turnberry from the rota over concerns about its controversial owner. Slumbers insists he made no such decision.

“I said last year we were focused on Turnberry as a golf course and the way it is reigning on the rota and there has been nothing that has happened in the last year to change that,” Slumbers said. “Turnberry remains absolutely as one our nine golf courses … We try to focus on making sure we are looking at the golf course. We will deal with factors around that as and when it happens.”

Slumbers admitted that there’s no roadmap for how to navigate these waters other than attempting to avoid the obvious hazards altogether.

“We are clearly in uncharted territory,” Slumbers said. “We have never had this in our game … It’s very important that we are clear about what our business is, which is making sure the Open Championship is one of the world’s greatest sporting events. Staying out of politics and of opining on politics … probably the best advice I can have is to stay clear of that.”