Steph Curry: ‘My head was spinning’ after Web.com practice round 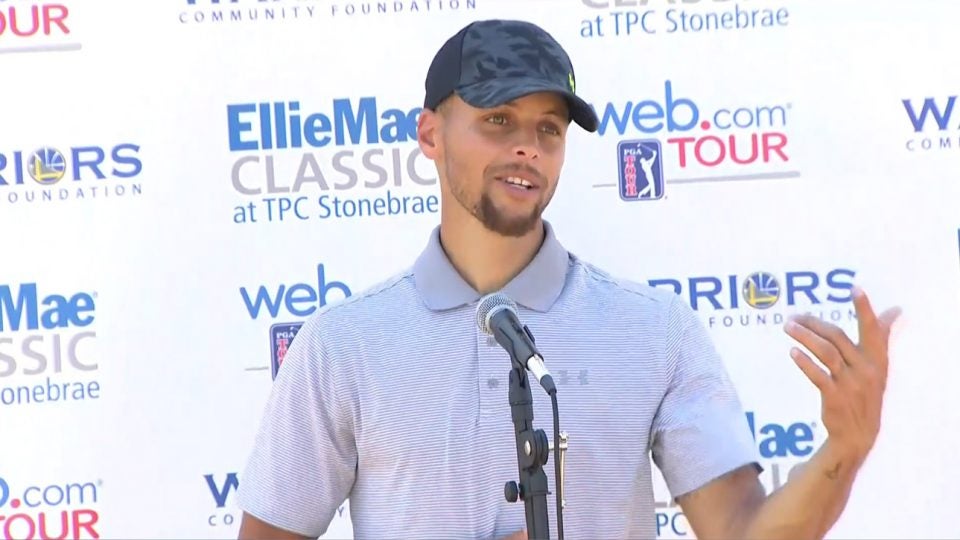 Steph Curry speaks to reporters following a practice round at the 2017 Ellie Mae Classic.
Golfchannel.com

Warriors star and two-time NBA champion Steph Curry is making his pro golf debut this week at the Web.com tour’s Ellie Mae Classic, and on Tuesday he got his first taste of what the competition would be like during his practice round.

Curry played alongside Web.com pro Nick Rousey, and while organizers have faced some criticism for giving Curry a spot in the event, Rousey showed no disdain and instead dished out some advice and tips to the NBA star. 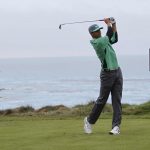 “He’s given me a lot, I’m actually going to write it down, my head was spinning for a little bit just because when you hear the pros kind of talk about their expectations going into the tournament, their swing thoughts, little tidbits of information that I necessarily wouldn’t have otherwise known… I have those crazy a-ha moments,” Curry said in his post-round press conference. He continued, “It’s just about figuring out how to execute what he’s been telling me. He’s such a nice guy. He doesn’t have to be worried about my game as he’s trying to play well this week too, so I appreciate that and hopefully I can take a couple of those swing tips and thoughts and put them in my back pocket for this week.”

Curry was asked if by playing the round he was able to determine the difference between a Tour pro and an accomplished amateur like himself. “My misses are a lot wilder and just their consistency… their expectations are much higher.”

Curry tees off for the first round at 11:55 a.m. ET on Thursday. You can watch video of his post-round comments below.