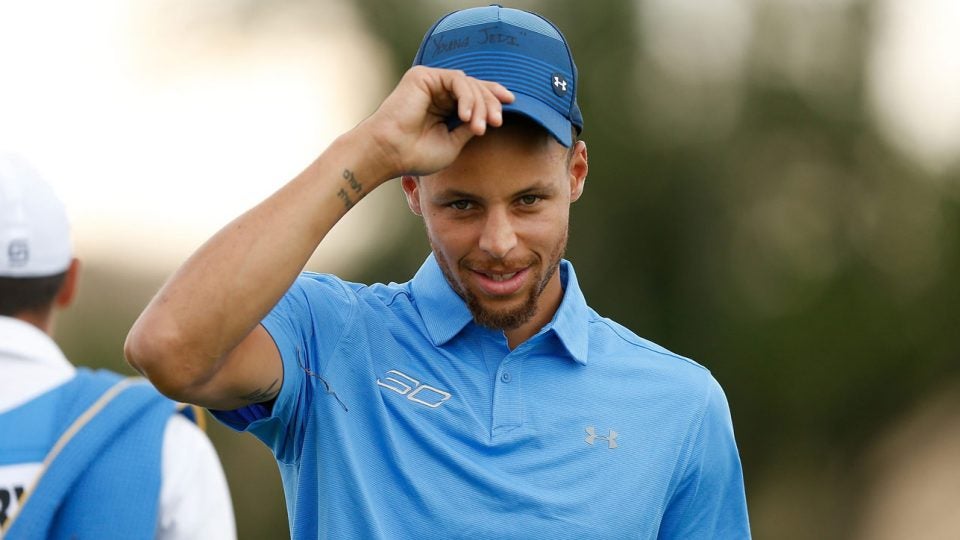 Stephen Curry looks on after playing a shot on the 12th hole during round one of the Ellie Mae Classic at TCP Stonebrae.
Getty Images

On Thursday, most of the golf world’s attention was trained on an unlikely type of athlete: a basketball player. NBA superstar and Golden State Warriors hero Stephen Curry made his pro golf debut at the Web.com tour’s Ellie Mae Classic.

Curry made three birdies to go along with five bogeys and one double bogey to shoot a four-over 74. While Curry’s round leaves him well off the lead and with low chances to make the cut Friday, it is very impressive nonetheless and beat many people’s expectations. Those left impressed included several Tour pros, and they took to Twitter to make their feelings known.

.@StephenCurry30 making 3 birdies and shooting +4 is super impressive. Great golfer but things can be tougher inside the ropes. Well done

Gutsy day from @StephenCurry30, proved A LOT of people wrong. Dude has game! And I’m sneaky glad he bogied 18 so I didn’t tie him today  https://t.co/duASL4GEb5

1st golf scoring I checked out today from all tournaments was @StephenCurry30 @WebDotComTour.

This Steph Curry thing is great for golf. I wish there was some place to watch it but I’m actually refreshing my phone checkin on him

Beyond impressed with @StephenCurry30 and his play in the Web event. Perfect use of a sponsor’s exemption. Great for the game and the tour!

Gotta hand it to Steph. 74 on a tournament course is incredibly impressive. Did not see that coming.

Curry tees off for the second round at 5:15 p.m. ET on Friday and will need an even more impressive round to play the weekend.