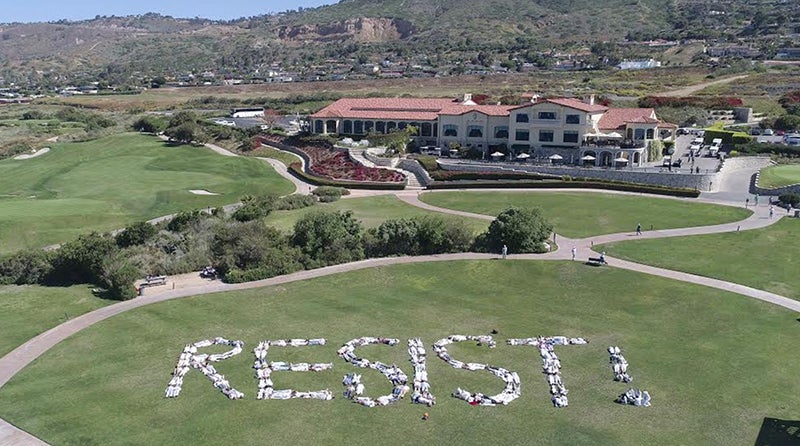 A flash mob of about 200 demonstrators headed to the president’s golf course and sprawled out to spell “RESIST!” on Saturday. According to the LA Times, after the group formed the 30-foot-tall letters it sang “God Bless America.” Sheriff’s deputies were called to the scene but didn’t intervene, the Times said.

“It’s too hard to spell out ‘Release your taxes,'” Peter M. Warren told the Times. “It was just a way to express our love for the country.”

Trump National Golf Club also made headlines in March when activists carved “NO MORE TIGERS, NO MORE WOODS” into a section of the course.