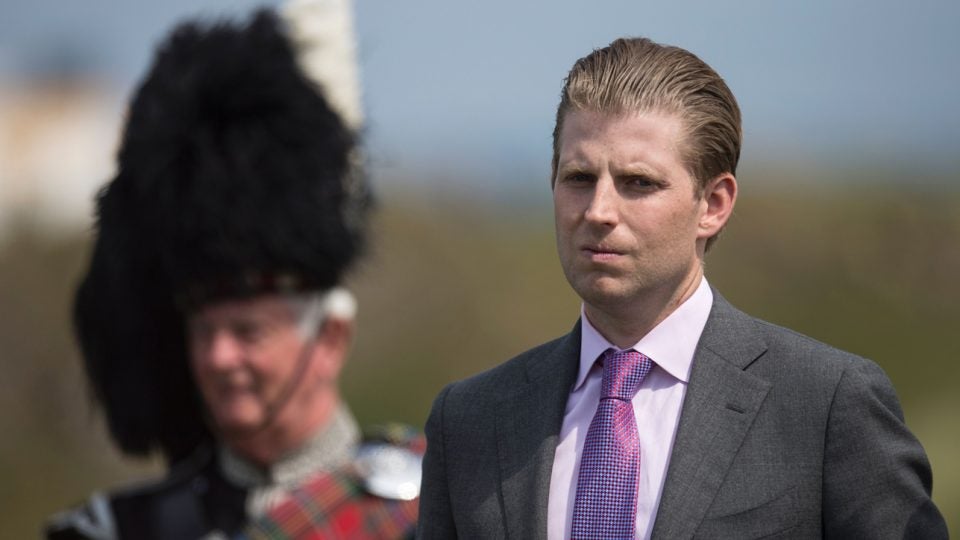 Just how connected are Donald Trump and his various properties to Russia? It has been a popular news topics as of late, but a recent report claiming that Trump’s golf courses were at one point connected to Russia was dispelled by Eric Trump Sunday.

That report — which said Trump’s golf courses were funded by Russian investors (as opposed to American banks) as of three years ago — came from James Dodson, a golf writer, and gained traction throughout the weekend. But Eric Trump shot down that report completely, calling it “complete garbage.”

This response comes via the New York Post. “We own our courses free and clear,” Eric Trump said. “We have zero ties to Russian investors.”