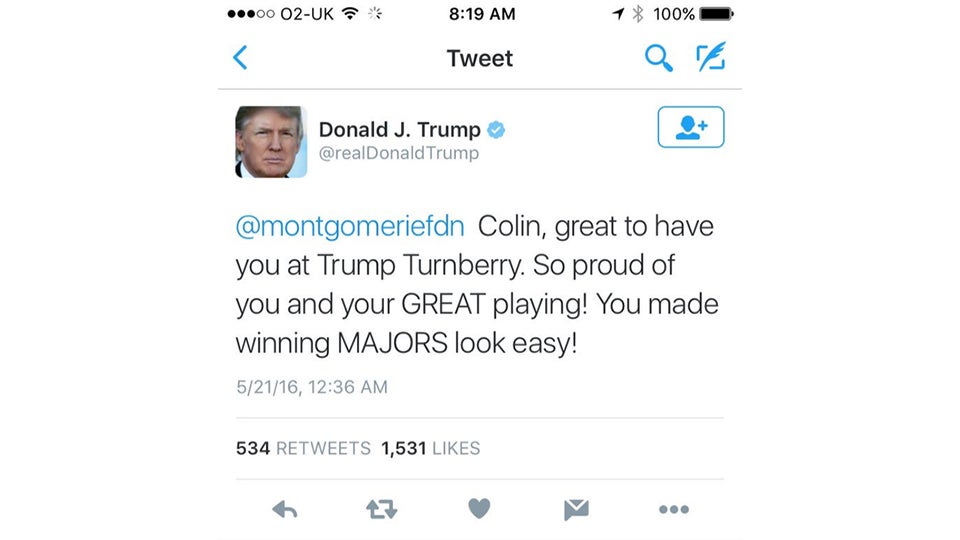 Donald Trump congratulated Colin Montgomerie on his major-winning play...only Monty has never won a major. The tweet has since been deleted.

So great, that Trump is adding ‘major winner’ to the list of Monty’s accolades…only, Monty’s never won a major championship.

So when Monty tweeted a photo at Trump Turnberry expressing his excitement to play the new Ailsa Course, the de facto Republican presidential candidate only felt it proper to congratulate the Scot on his greatness. Trump’s tweet has since been deleted, but here’s a screenshot: To be fair, Monty is one of the greatest golfers in the world: his 31 wins on the European Tour, the fourth most of all-time, is nothing to slouch about. And, he does have three Champions Tour major wins under his belt.