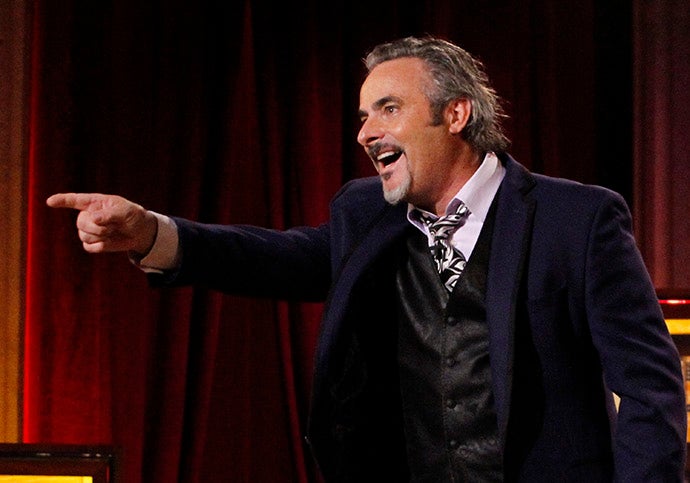 David Feherty left his job as an on-course reporter and analyst at CBS Sports after nearly 20 years. He’ll start a new gig with NBC Sports and the Golf Channel in January. GOLF.com chatted with the television personality and host of his eponymous talk show about why he left CBS, what’s up with Tiger Woods and what he’s looking forward to most.

This will be the start of a new journey in television for you. What are you looking to do with your career, and not just golf-wise?

You’re right, it is a bit of a new adventure for me. I think part of the excitement is I’m not sure what I’m going to do with it. I know that I’ve got the chance to annoy [Roger] Maltbie and to disagree with Johnny [Miller]. I’m really excited for the Olympics and the Ryder Cup – that’s something I’ve never had the chance to do. As you know, I was a former European team member, but this places me in a unique position because I’m an American now. I support the American team because that’s what you’re supposed to do. [Laughs] And then there’s the British Open, which I’ve also never done. And who knows, maybe the Winter Olympics. I have an interest in the winter sports too so maybe there’s an opportunity there.

I’m going to put you on the spot here. You have to pick just one – what are you more excited to cover, the Olympics or the Ryder Cup?

Wow. That’s difficult. I don’t know what to expect at the Olympics, so probably the Ryder Cup. I’m so familiar with it, having played it. I mean, it’s the competition. There are only three real sporting events left in the world where all that matters is the trophy – and one of them is the Ryder Cup.

Are you going to miss calling the Masters and PGA Championship?

Of course, I’ll miss the tournaments but I’ll miss the people more. That’s the toughest part about making the move. I made so many friends over 20 years, so saying goodbye to them was the most difficult part.

What was your ultimate reason for moving, if it was so difficult? There were rumors about CBS not paying enough, but also rumors that you weren’t going to be able to get into the booth more.

It was a combination of things. Money was always an issue, of course. I have been doing this for about 19 years, it was time to make that change. But the other aspect was that I’m going to be doing basically the same thing at NBC/Golf Channel. I’m going to be working more four-day events there than I was at CBS. Because I’m working all four days, whereas I was only working five four-day events at CBS, I’m going to work less events overall but more of the four day ones [by extension, more time in the booth]. The first few days, I’ll be in the tower like I was at CBS, but look, I’m an outside pet. Someone has got to be out there stirring things up on the course.

You’ve said previously that you dislike down time. Are you getting any more of that before you start at NBC in January?

I’m not sure I’ll get more down time but it’ll be more linear, with the schedule the way it is. I’ve said many times before, spare time is my worst enemy – I’m hopelessly ADD and I don’t sleep. I’ve never liked not being busy. Today, I was up at 2:30 a.m. because that’s when the music started up in my head, that’s when they started marching. So I’ll tinker in my shop for a while and hopefully nap a few times during the day. 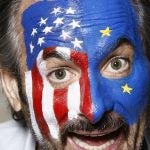 Like you said, you’ve been doing this for almost 20 years. What’s something you’re proud to have accomplished in that 20, and something you haven’t yet that you’d like to in your next?

That’s a good question. I’ve done 19 Masters and haven’t gotten fired, so there’s that. I’m proud of my television show; that was a big step to branch into that kind of medium. I’m not sure I can call that my accomplishment because there were so many people involved in that. It wasn’t my idea and I didn’t see it going as long as it has. I’m dumbfounded. We thought it might last a season – I’m not sure I’d consider it an achievement. I’m completely floored by how popular it is.

Well, you’re beloved on and off the course! People like to see and hear you talk.

[Laughs] I guess that says that my audience has incredibly low standards!

Speaking of Feherty!, who is the one person you’d like to host on your show that you haven’t yet?

There are a number who are on my bucket list, some of whom haven’t been able to come on because of scheduling, like Freddy [Couples], Ernie Els, Phil, Tiger. But really, I’d say Tiger. I want to show the side of Tiger that I know, the side the media doesn’t show. Part of the reason he hasn’t been on is that he’s not ready – he gets defensive, because we in the media have given him such a hard time.

I started broadcasting about two seconds after he first went pro. We were paralleled in that way because I was covering him in almost every tournament he played; I was following him each round. And he was brilliant. My children won’t see that kind of golf, their children won’t see that kind of golf. He had that smile and that kind of evil sense of humor, the willingness to have fun that we wore out of him over the years. I want to show that side. My favorite guests are the ones whose different sides are seen on my show, like Jim Furyk and Sergio Garcia and David Duval.

On the subject of Tiger, when we did an interview with you a little while back, you said that the strangest thing you had ever seen on a golf course was Tiger Woods – and that was a good thing at the time. Do you still feel that way?

Yes. Even though he hasn’t been on lately. It’s freakish and an indication to how important he’s been to the game, that anytime Tiger is playing, it’s still a circus. He’s still relevant even when he’s not relevant! 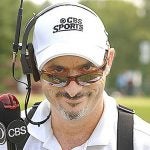 And even with the young talent coming up – Jordan Spieth, Jason Day, Rory McIlroy – you don’t think that your children and grandchildren will see that kind of golf again?

As phenomenal as those guys are, like Jordan and Jason and Rory and even Rickie – it’s harder to win a golf tournament than ever before because of the depth of the fields. It’s not just those guys. These days, every player is capable of winning that week, and legions of players that don’t even qualify are capable. It’s almost impossible to dominate today, but having said that, it’s definitely impossible to do what [Tiger] did. These kids are playing so well – they were eight, nine, 10 when Tiger was at the top and we’re seeing the result of that influence now. I think the game is in the best place it’s been in a long time.

I read something about you loving curling? Where did that come from?

All curling stones are made from the same rock, which comes from the mountains of Aisla Craig [in Scotland], which I can see from my bedroom window on a clear day. We have a saying that if you can see it, it’s going to rain, and if you can’t, then it’s already raining. [Laughs] That, and it’s a lot of loud screaming at a rock, which is pretty much what golf is like.

In the last few interviews you’ve done, you’ve been very open about your battle with alcoholism and depression, and what you call “pre-traumatic stress disorder.” What kind of place are you in now? Where do you hope this new chapter takes you?

The addiction is one of those things you live with…I try to do the same thing with mental illness. You say you suffer from it, but I prefer to think that I live with it. There’s a creative aspect to it that I take advantage of. I’m still overwhelmed by sadness, almost daily, but I don’t have the manic episodes where I’m overly happy, I just get overly busy. It’s something I live with. 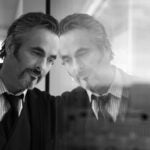 At CBS I had people who really cared about me, who looked out for me. I’ve been lucky my whole life, whether it’s at work, or the fact that I made it through school. I was “stupid” before we had a pill for stupid – then Adderall came along. [Laughs] I’ve been really very lucky.

When I look back, for me to be here today and for me to have been able to do the things I’ve done and seen, it’s just… I’m the luckiest human being in the Northern hemisphere, I think. I’m incredibly grateful.