Need a new range routine? Hit a different club on each shot and never the same one back to back.

I write about a lot of interesting ideas and theories in my role here at GOLF.com and GOLF Magazine. The other day, ahead of what I’m pretty sure would be my last round of the year here in the Northeast where I live, I decided to put one of those ideas into practice. It was the third tip in this list from an article I wrote a few weeks ago: Practice hitting shots to different targets with random clubs.

I didn’t go into my warm-up planning on doing this. Rather, it was a combination of impulse and necessity. We only had time for a limited warm-up, so instead of a traditional work-your-way-through-the-bag warm-up, I just dove right into the thick of things: Each shot would be a different club to a different target.

First I started with a half wedge. For my next shot, I aimed at a different pin and knocked a full 6-iron out there. My third shot was a 9-iron, and my fourth a 3-wood off the deck. I repeated this process for a full 20 minutes and hit every club along the way, before heading to the first tee. I never hit the same club two times in a row, and never aimed at the same target for back-to-back shots.

My first shot of the round was a ripped driving iron down the fairway, followed by wedge to 12 feet. I missed the putt, but the hole itself pretty much summed up how the day went for me — for better and for worse.

My poor putting aside, though, it was the best I had hit the ball from tee-to-green all summer, and I keep finding myself wondering if my altered approach to warming up had anything to do with it.

Ordinarily I’m more of a block practice person — a fancy term for a form of practice where you hit lots of shots, to one target, with one club, over and over again. It’s a great way of engraining certain things, be it technique or grooving a repetitive ball flight. But what I was doing is a form of practice called randomized practice, which is exactly as it sounds. No two shots are the same. There are proponents for each, but most teachers generally suggest using a mix of both. It stands to reason that before your round, when you’re about to embark on a four-hour journey of hitting lots of different shots interchangeably, you should probably warm-up in a way that actually mirrors how you play golf.

Maybe that is why I ended up hitting the ball so well or maybe it was just a welcome coincidence. Nevertheless, there were a few things that stuck with me about the randomized warm-up test that served me well that day.

It’s probably not literally true that I warmed-up faster, physically-speaking, but it definitely felt this way. When your third shot of the day is with a 4-iron, there’s no sense of needing to build up gradually to the longer clubs. You dive right in, and in doing so, feel ready to go sooner than you would ordinarily. 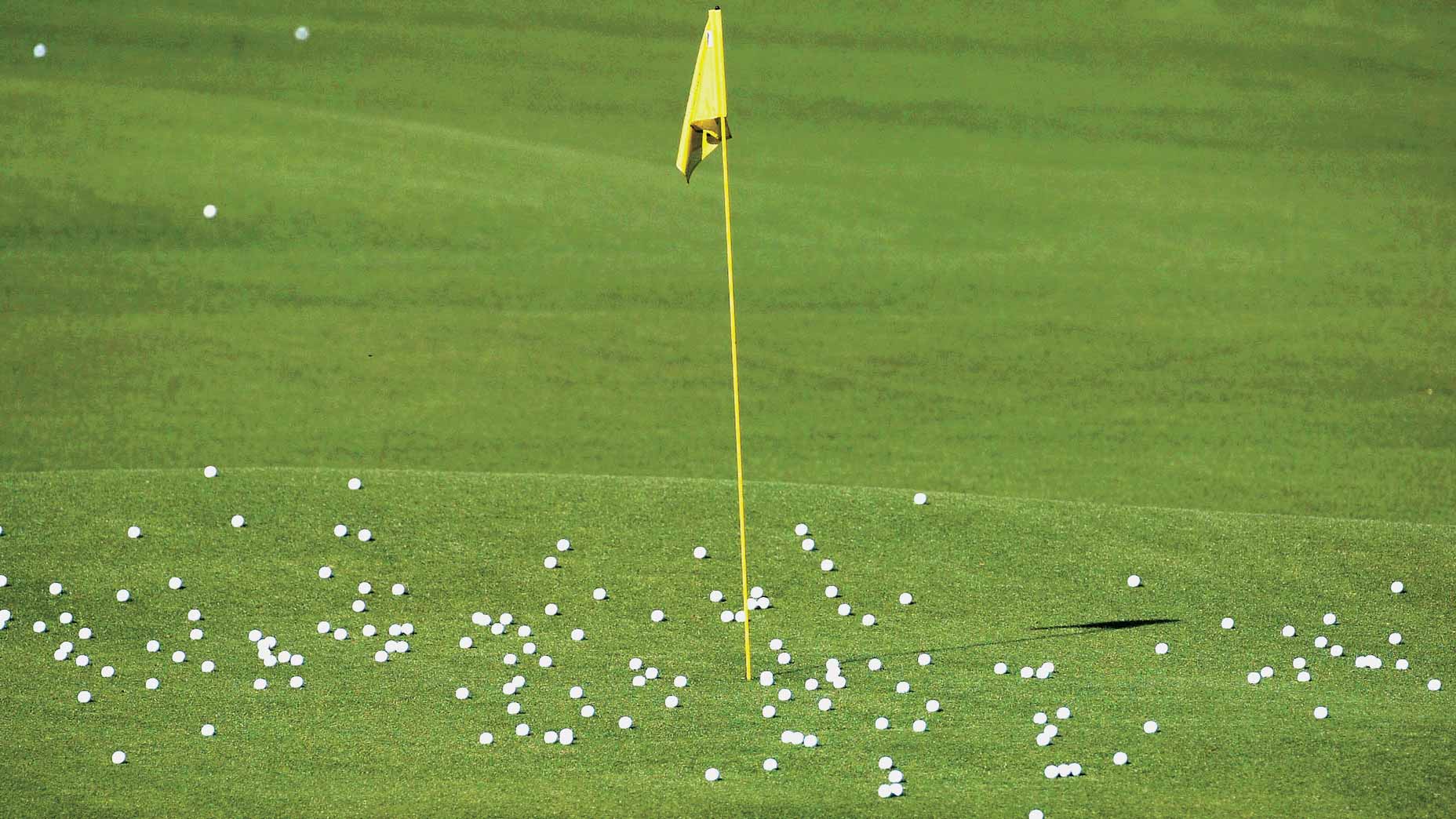 When you hit a bad one with one club, you’ll want to give yourself a mulligan. Resist the temptation! That’s sort of the entire point of practicing this way.

Give me any opportunity to start thinking about my golf swing, and unfortunately, I will. But interestingly, when you’re switching around clubs after each and every shot, there’s no time to stop and think about “golf swing.” Your mind is so occupied with making minor adjustments to the new club you’re about to hit, there’s no time — or point, really — to think about anything else. 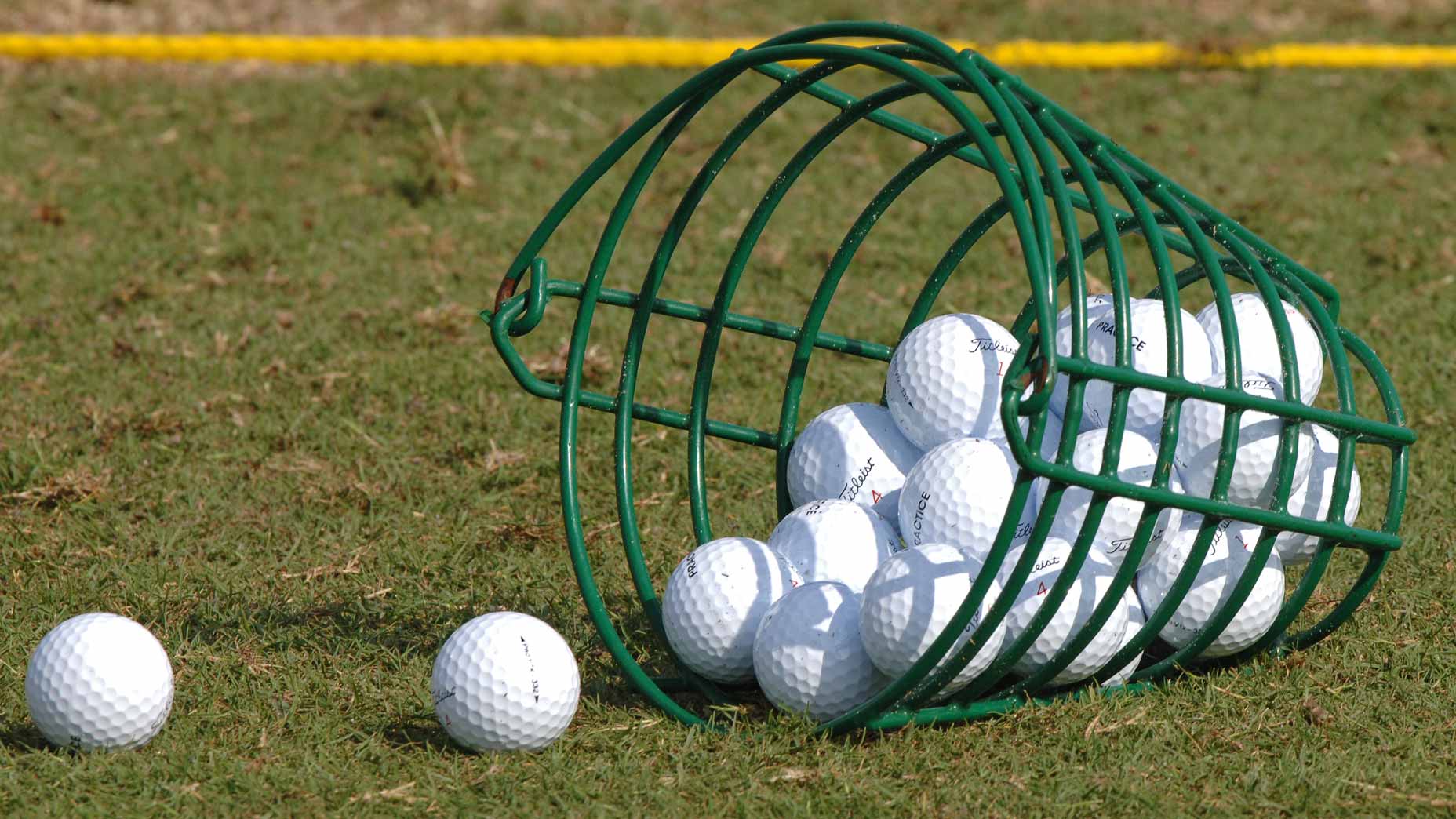 4. Jump between big and small shots

Don’t try to cheat the system by hitting a 6-iron, then a 7-iron, then an 8-iron. Embrace the spirit of randomized practicing by making big shifts: Go from a half-wedge to a driver to an 8-iron to a 4-iron. That’s what you’re doing on the course, after all.

5. Mix up your targets

Just because you’re hitting different clubs, don’t aim them all at one target. Aim each club at a different spot. Once again, that’s what you’re about to do on the course, so getting out of your comfort zone on the range will better prepare you for your round.