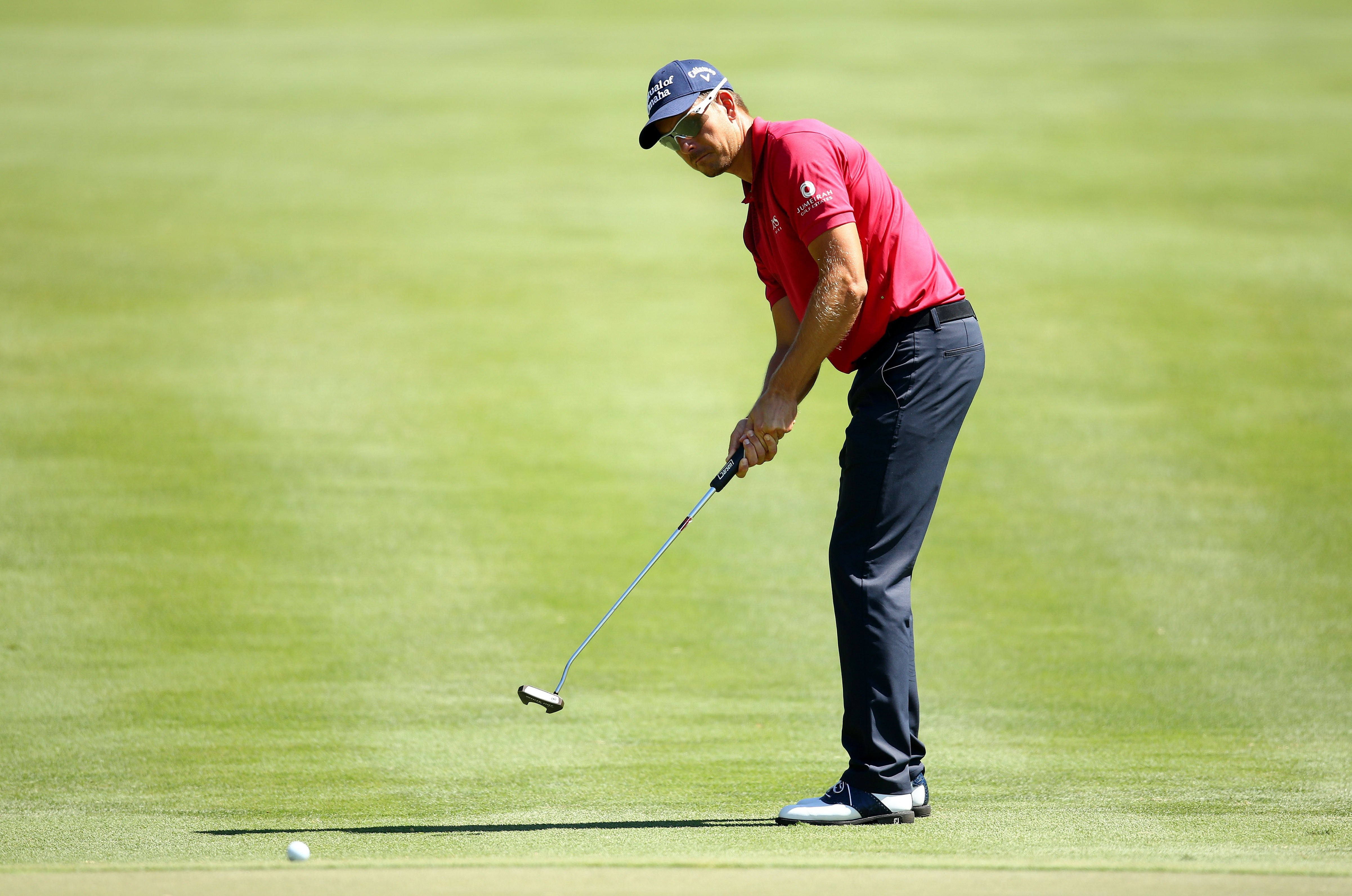 Henrik Stenson putts onto the second green during round two of the 2015 PLAYERS Championship.
Richard Heathcote

I’ve asked many golfers this question, and a lot of them give the advantage to the top 10 putters. But on short putts, surprisingly, the opposite is true: The bottom 10 putters on Tour actually sink more putts from one foot closer than the top 10 putters! According to the ShotLink stats on PGATour.com, the Tour’s top 10 putters made 5 percent fewer five-footers in 2014 than the bottom 10 did four-footers. While the result reverses for slightly longer putts, it’s still remarkable that one foot makes such a difference in the probability of making knee-knockers.

Let’s see how recreational players compare. Looking at the data, I find that players who regularly shoot 90 sink a lot more four-footers than 80-shooters hole five-footers—similar to the Tour data. Because there’s such an advantage to having a putt that starts closer to the hole—even by a foot—we can conclude that a player’s prior shot to the hole matters a lot. In essence, getting more chips to four feet from the hole instead of five feet can chip away at your handicap.

The shot that precedes your first putt matters a lot. Chipping it just a bit closer can chip away at your handicap.

While it might be surprising that distance trumps skill on short putts, the real message is obvious: To lower your score, it’s imperative that you knock your off-green shots closer to the hole and sink more putts from a given distance. Strokes Gained stats measure these skills separately, so chipping it closer will be reflected in a better Strokes Gained result for the chip, regardless of whether or not you make the putt.

Henrik Stenson improved his putting by 0.7 strokes per round since last season (see table), a dramatic leap forward for him. Almost all of that gain came from better putting within 15 feet of the hole. I asked Phil Kenyon, Stenson’s putting coach, what explains the gain, and he said, “We worked on some aspects of his technique, and we structured his practice to create more intensity and variability. In the early season, we spent a lot of time doing performance drills in the key areas of five to 15 feet to integrate the skills of aiming, pace control and green reading. It’s helped.”

While putting like Henrik Stenson might not be a feasible goal for most everyday players, it’s reasonable for a 90-shooter to set a goal of rolling it like an 80-shooter, which could be worth up to two strokes off your score. I recommend taking a putting lesson from a PGA professional to see how a trained eye can help you. Until then, Phil Kenyon has an innovative way for you to practice short putts, below.

Everyday players struggle with short-range putts for two reasons: poor aim and a poor read. These two keys are very important, yet few practice them effectively. Instead, most people hit a practice putt, miss, try to adjust, then hit more putts from the same spot. Bad idea. Never hit the same practice putt twice. Why should you get a second chance in practice when you don’t on the course? Instead, when you’re working on your putting, follow this process: Get your read, line up, fully commit, and hit it. Did you drain it? Leave it high or low? Note what you did right or wrong, then move on. This variability of practice helps because it mirrors the pressure and demands of on-course play. Another tip: Use a line on the ball (a Sharpie mark or the ball’s lettering) to help your aim and read. If the line rolls end-over-end but the putts don’t drop, your stroke is sound and your read is the issue. This gives you the clarity to focus on improving your reads.