This is how Bryson DeChambeau’s putting ‘calibration system’ works 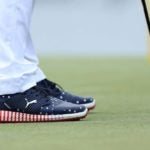 Bryson DeChambeau completed his third round at the 2020 PGA Championship in style, dropping a 95-foot putt that doubled not just as his longest of the season, but of his entire professional career.

Speaking after his round, Bryson was glowing about the putt — “you just have to look back and laugh and appreciate what the game is” — and explained the thought-process that led to him making it:

“We’ve been doing a lot of speed testing out there so I knew I had to hit it like 130 feet relative to all of our [testing],” he said, “I just felt like I hit it 130 feet and I was able to start it on line and saw it kept going closer and closer to the hole and eventually dropped.”

As you might expect, DeChambeau’s approach to putting is highly technical, but it works masterfully. Putting is probably the most underrated part of his game. In the space of less than a season, he’s adopted a highly-technical approach and become one of the most consistent putters on Tour. Part of that method is what Bryson refers to as a “calibration system” for long putts.

The system is actually pretty simple and quite ingenious; it can be genuinely helpful for golfers struggling with their distance control.

Here’s how it works… 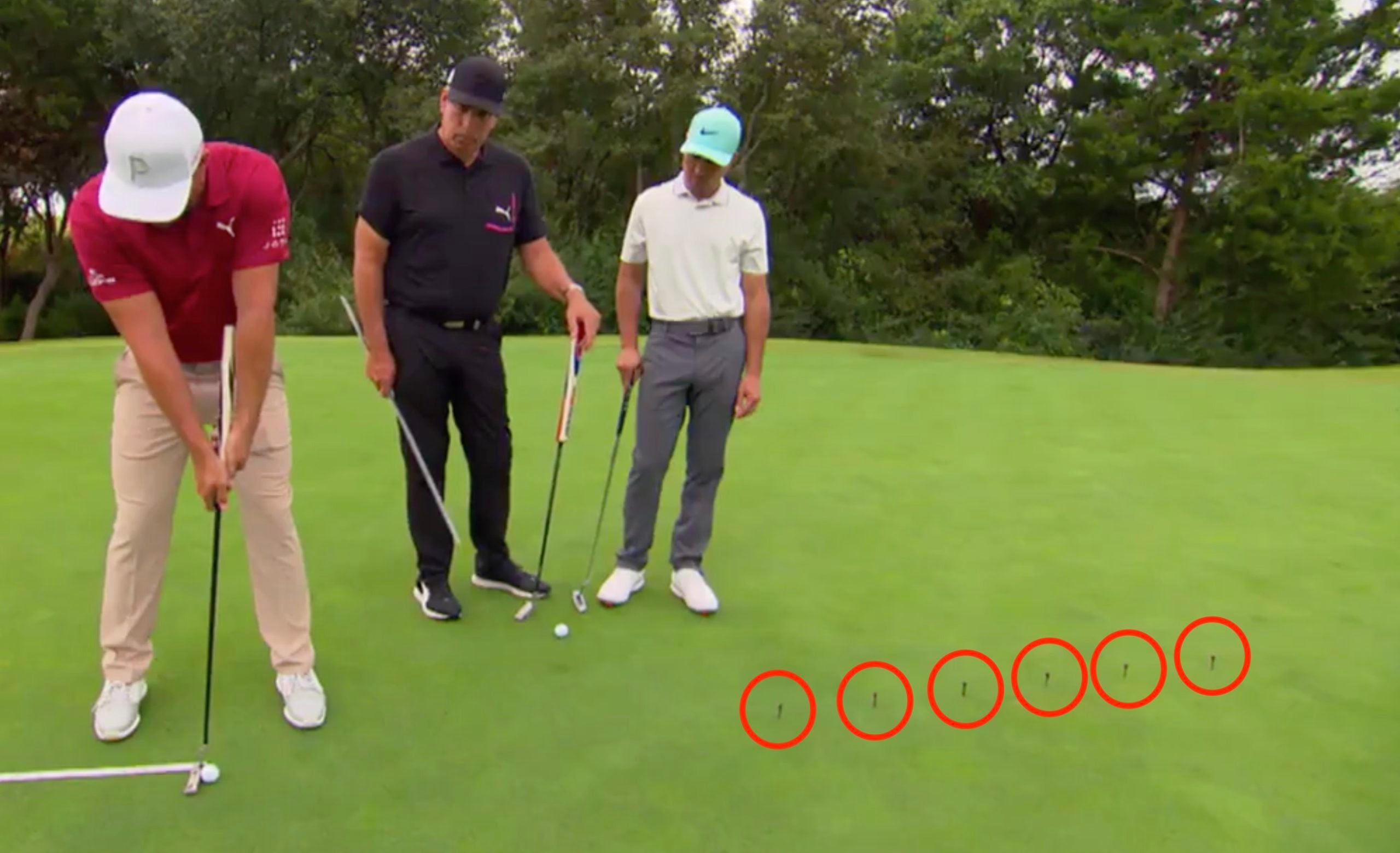 Bryson does this on the practice green before every round, and it only takes a few minutes.

First, find a flat putt and place your ball on the ground, with one tee each at five, six, seven, eight, nine, 10 and 20 feet.

You can see how he sets it up above, a clip taken from a recent Golf Channel segment on the topic (which is worth checking out). 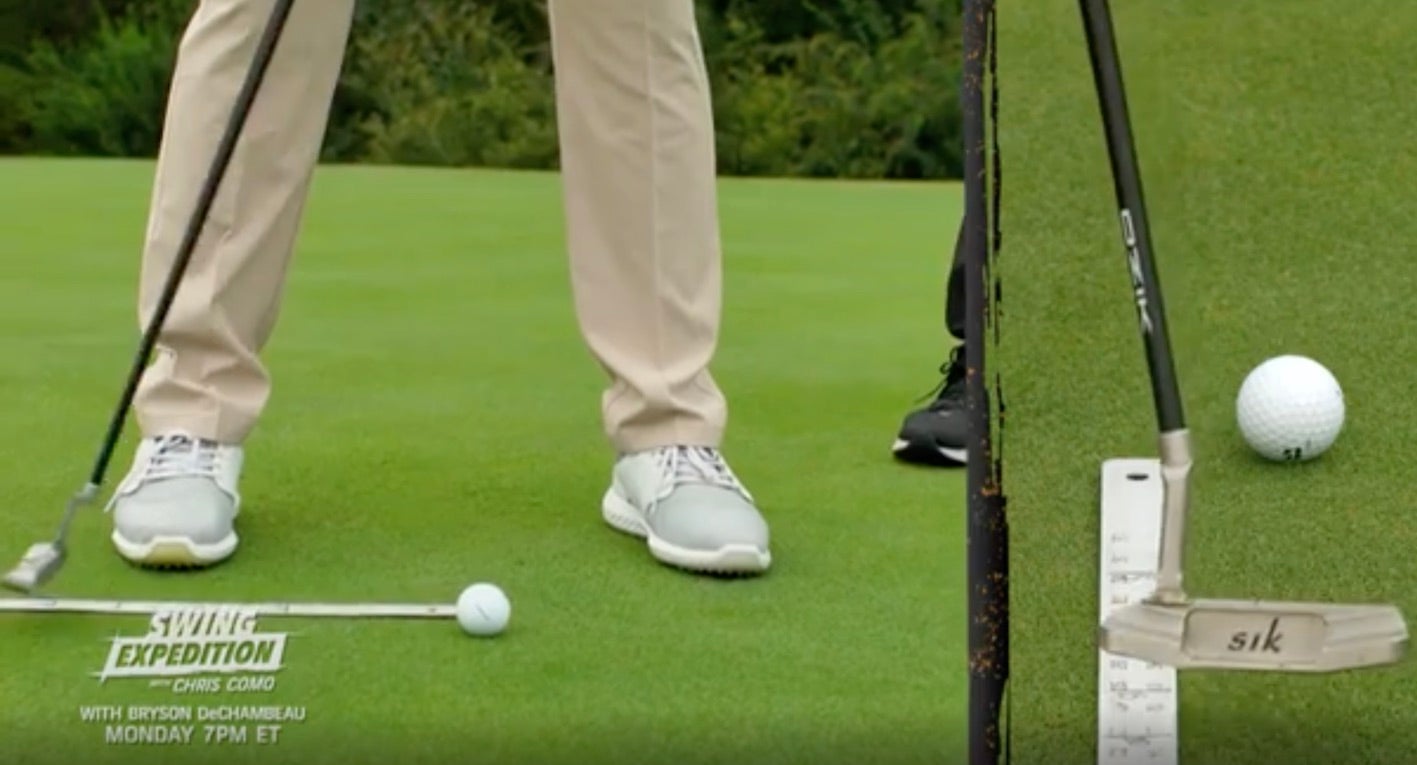 2. Set your ruler and hit putts

Get a long ruler or a yardstick, and lay it down behind your ball. This is what you’re going to use as the reference for your backstroke.

As you begin hitting putts to the tees, note the length of your backstroke. Bryson thinks of it in terms of how many inches long is backstroke is, and also uses his foot as a reference. 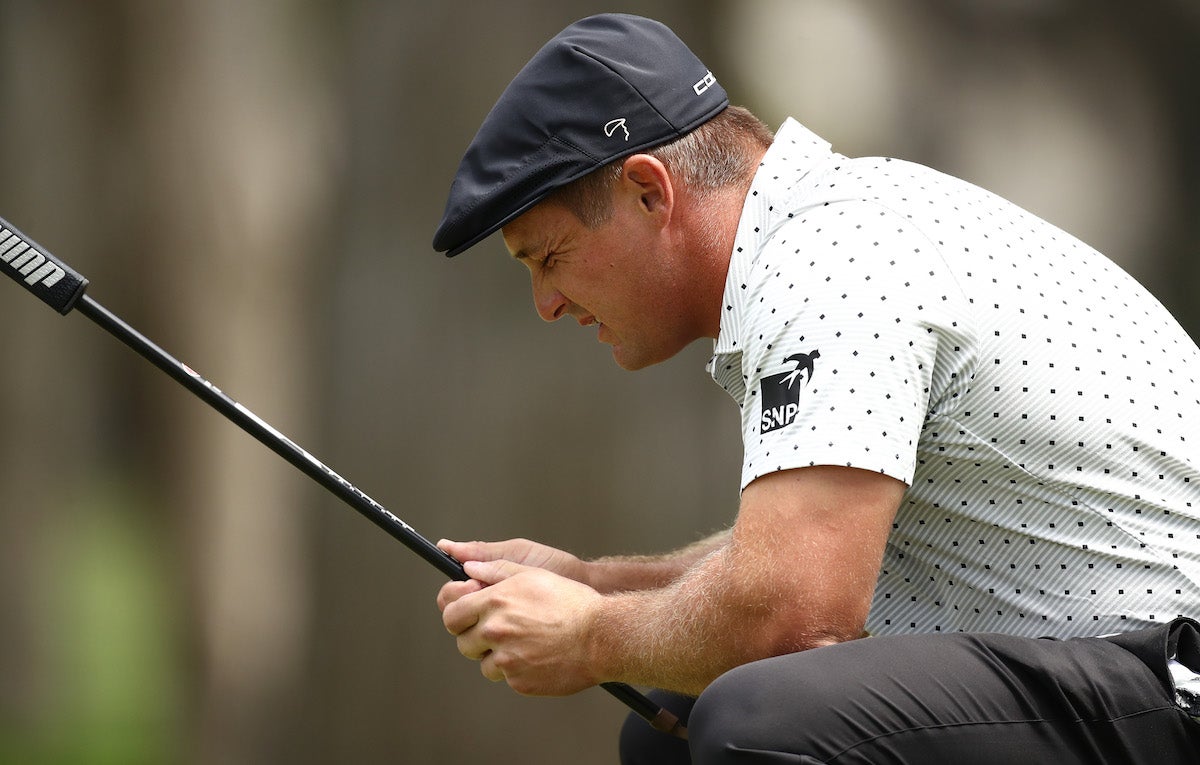 3. Walk-off every putt on the course

When you do take it to the course, it’s important to walk-off the distance of each of your putts (one stride equals three feet, in case you were wondering).

For example, let’s say you’re on the course and you’ve got a 20-footer that’s slightly uphill.

You should know, thanks to your calibration system, that a flat 20-foot putt requires about five inches of backstroke.

So, when you’re trying to decide how hard to hit your uphill 20-footer, you can try to swing the putterhead slightly longer than five inches (because of the uphill), and it should end pretty close.

Ultimately, the goal of the system is to give you a frame reference. It won’t be an exact science, but it will help take the guesswork out of distance control.

“It’s more of a feel and perception I have about how hard I’m hitting it,” Bryson says. “I use it as a gauge to get a sense of how hard I need to hit it.”