JB Holmes’ Coach Has Power Tips For You 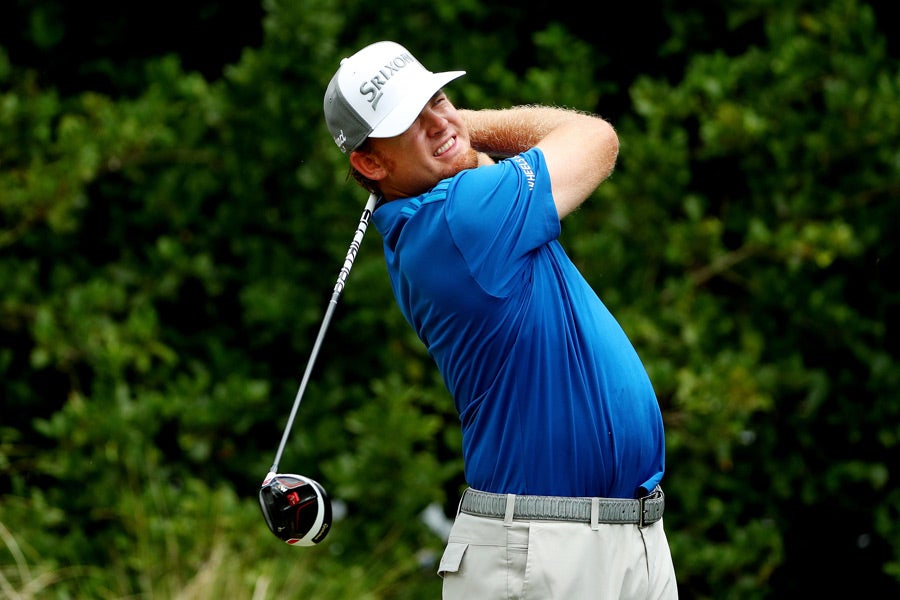 Though the members at the Club at Olde Stone in Bowling Green, Kentucky, know Matt Killen as their pro, most people who are familiar with Killen’s teaching know him as a Tour teacher who works with J.B. Holmes, Kenny Perry, Bud Cauley, Blake Adams, and others. Killen, who turned down college golf scholarships to begin his teaching career at the tender age of 18, has worked with Holmes for over seven years and is the only pro he’s worked with during his PGA Tour career. I recently caught up with Killen, who travels the Tour over 20 weeks a year, at The Northern Trust Open at Riviera CC and got his thoughts on J.B. Holmes’ strong start to the season, the importance of technology in golf instruction, and how the average player can improve. Here’s what he had to say:

J.B. won the Wells Fargo Championship last year and has had two second-place finishes and another top-10 finish this year, so obviously he looks like he’s back in form. How hard was it to get his game in shape after missing most of the 2013 season due to his well-documented brain surgery?

Matt Killen: It was tougher than you might think. Actually, I had to remind him of what he did because he hadn’t played in so long. I had a lot of 3D analysis of his swing along with Trackman numbers and video. I also use Swing Catalyst, which shows how a player shifts his weight and uses ground forces during the swing. We had to teach him to swing again by using his old self as a model and if we didn’t have all the data I’m not sure how we would have done it. We focused on preparation and the process rather than the results and he started hitting it good again.

Was there anything else that surprised you about his game or swing when he started his comeback?

MK: We all know J.B. Holmes as one of the longest hitters on Tour, but when we started working again he was swinging so slow that he couldn’t hit it very far. Now he swings around 125 mph but when he first came back he wasn’t much over 100 mph. If the average player saw him swing back then they probably would’ve felt pretty good about themselves, at least for a little while.

J.B. has had a couple of close calls lately with a playoff loss at Torrey Pines and a second-place finish at Doral last week. It appeared he was in good position in both tournaments but shot Sunday rounds of 72 and 75, respectively. Do you take his performance as a positive or a negative so far?

MK: You have to look at the way he’s playing as a positive for sure, but you also have to look at the outcome as a learning experience. I would give him an A for overall preparation and also for handling the heat of battle pretty well. Some people were critical of his layup at the 18th at Torry Pines a few weeks ago, but that was the proper decision, which we made ahead of time. J.B. takes his preparation very seriously and we make sure he’s ready for most situations. The philosophy is to control the things you can without being deterred by the things you can’t. Right now he’s playing great and is looking forward to the majors.

Obviously most weekend golfers can’t swing 125 mph, but is there anything the recreational player can learn from J.B.’s swing or technique that will help them hit it longer?

MK: If you watch J.B. swing his driver you’ll notice he has an upward angle of attack as he approaches impact. If you currently swing down on the ball or fairly level and you start swinging up through impact you can gain significant distance quickly. If you want to launch the ball high and with low spin this is the way to do it. Also, J.B. has an extremely high smash factor, meaning his hits the ball dead center on the clubface on a consistent basis. I’d say if the average player got their swing path and angle of attack correct and improved the quality of their impact they’d be well on their way to hitting the ball a lot longer. Some players might actually gain 20 yards without making any improvements to their swingspeed.

What’s the most common mistake you see recreational players make when trying to improve their swing or overall game?

MK: The problem I see is too many people thinking they have to overhaul their entire motion in order to improve. In reality most players just don’t have the time or the ability to learn an entirely new motion and very few can still play golf and enjoy it while they’re making a change. The key is to master your particular pattern and then improve that instead of trying to change everything. I recommend getting a good pro that uses Trackman or another reliable launch monitor and working on improving swing path and face angle. You get those matched up well and you’ll hit the ball straight. It’s also worth doing some work with a force plate that measures ground forces. If you want to hit the ball longer you need to get your weight moving forward at impact, not backwards, which is a common problem for recreational players.

How about driving accuracy? Is there something the average player can do to hit more fairways?

MK: If you watch J.B. you’ll notice that he has two tee shots – the big bomb and the go-to shot. Everyone wants to hit the bomb and J.B.’s obviously great at hitting the ball long, but even he has to use his go-to shot a fair amount of the time. For him that means hitting the ball lower and with a predictable cut. Recreational players can copy J.B.’s technique by choking down a little on their driver, cutting down the speed of their swing and lining up toward the left side of the fairway. Believe it or not it’s pretty simple to hit a little fade in the fairway, particularly if you don’t swing out of your shoes.

How important is custom fitted gear for the average player? Does it make a big difference for weekend players?

MK: Fitted clubs can be very important, if you’re fitted correctly. Not only can the right shafts, heads, and lie angles help you hit it longer and straighter, but I find players with fitted clubs have more confidence because they know they’ve got the right gear for their swing. If you have the opportunity to get fitted it’s a great thing to do, but if you’re struggling with your game and you have to choose between lessons with a good pro or fitted gear I’d opt for the lessons.

Overall, how important is the use of technology in teaching? Can recreational golfers really benefit from the use of launch monitors, force plates, and 3D analysis or is that stuff mostly for the pros?

MK: A good teacher can help students without a lot of hi-tech gear, but it is critical to be able to measure what’s happening during the swing. If you don’t know exactly how the club and body are moving then it’s almost impossible to know if you’re improving or not. You might be able to put a band-aid on your swing for a short period of time by making some minor adjustments, but if you want long-term improvement you need to be able to measure the various elements in your swing. I was one of the first teachers to carry a Trackman around with me to tournaments and now it’s standard procedure for most guys. I think that says a lot about the importance of technology in the game. 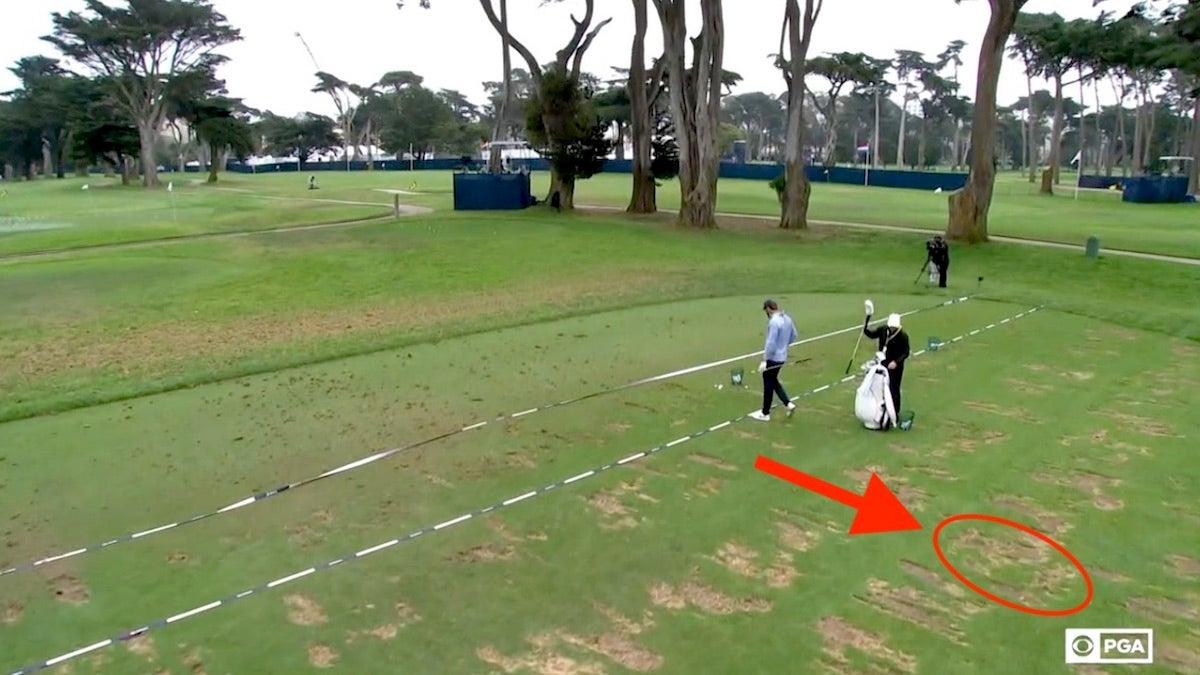 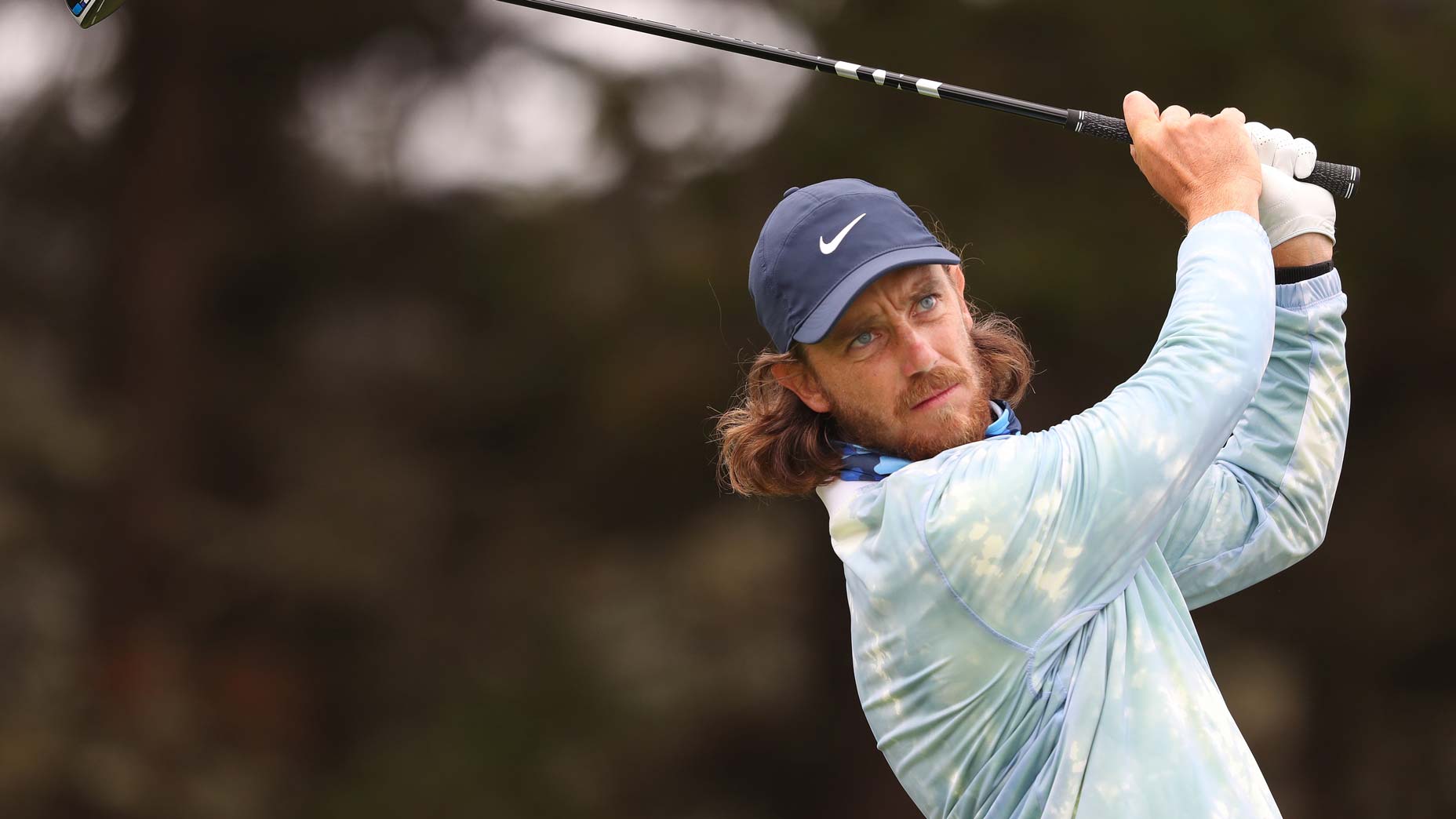 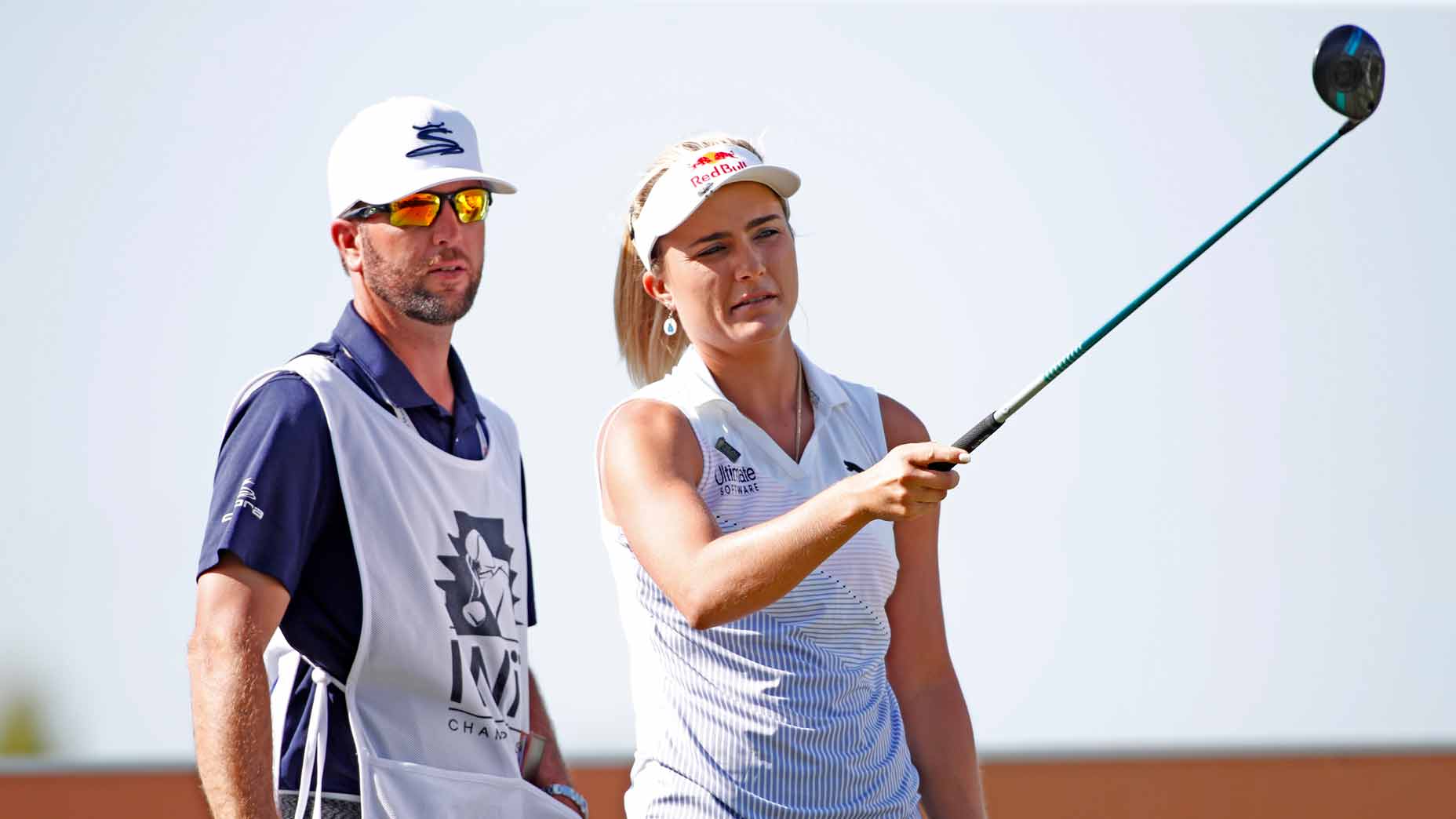 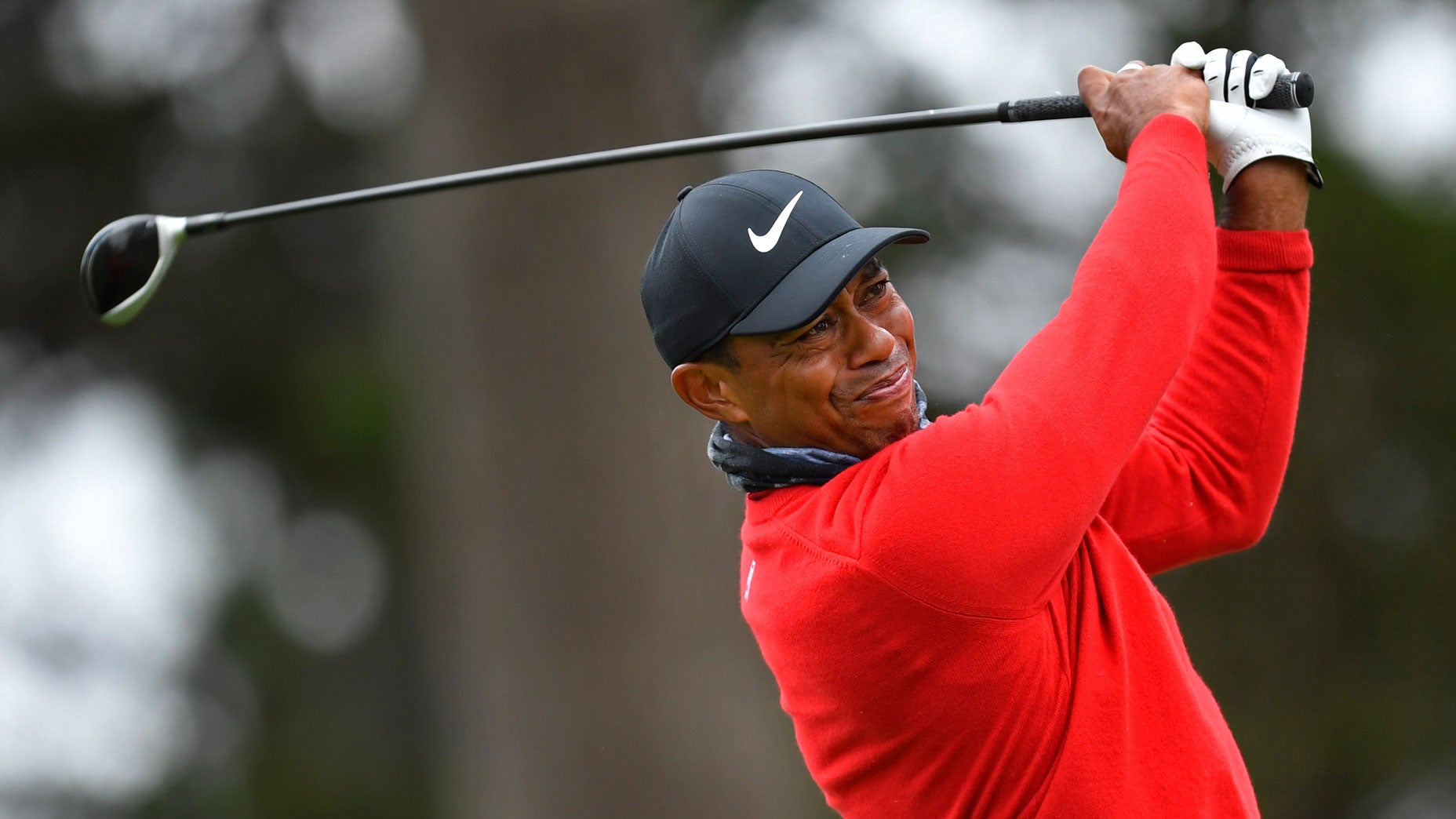