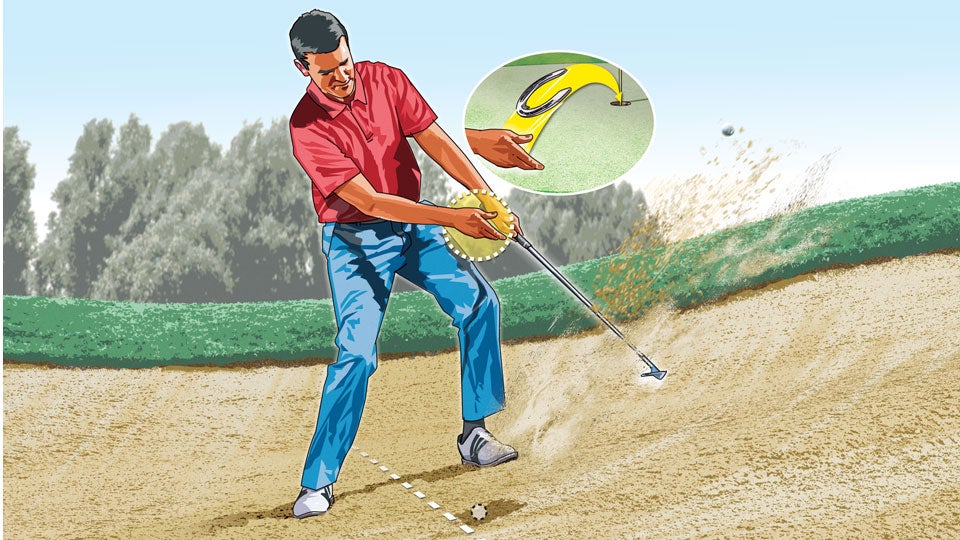 As the club contacts the sand, let go of your wedge with your right hand. This reduces spin—the ball will pop out and land softly on the green.
Graham Gaches

To hit a pillowy-soft greenside bunker shot, you don’t need to swing harder to generate more spin. In fact, it’s just the opposite: You want to swing a bit slower to make the ball come out “dead,” as though you had tossed a horseshoe onto the green.

Set up as you normally would (i.e., weight slightly left, ball forward in stance, clubface a bit open) and make your usual bunker swing.

But as the clubhead makes contact with the sand, let go of the club with your right hand. This one-handed technique will kill the ball’s speed, allowing it to come out softly and stop quickly.

But even though you’re only using one hand, make sure to finish your swing. You want the clubhead to slow down as it reaches impact, not to stop or decelerate quickly—that’s how you leave the ball in the bunker.

The next time you find yourself short-sided and in a greenside trap, try the one-handed approach to blast it close. 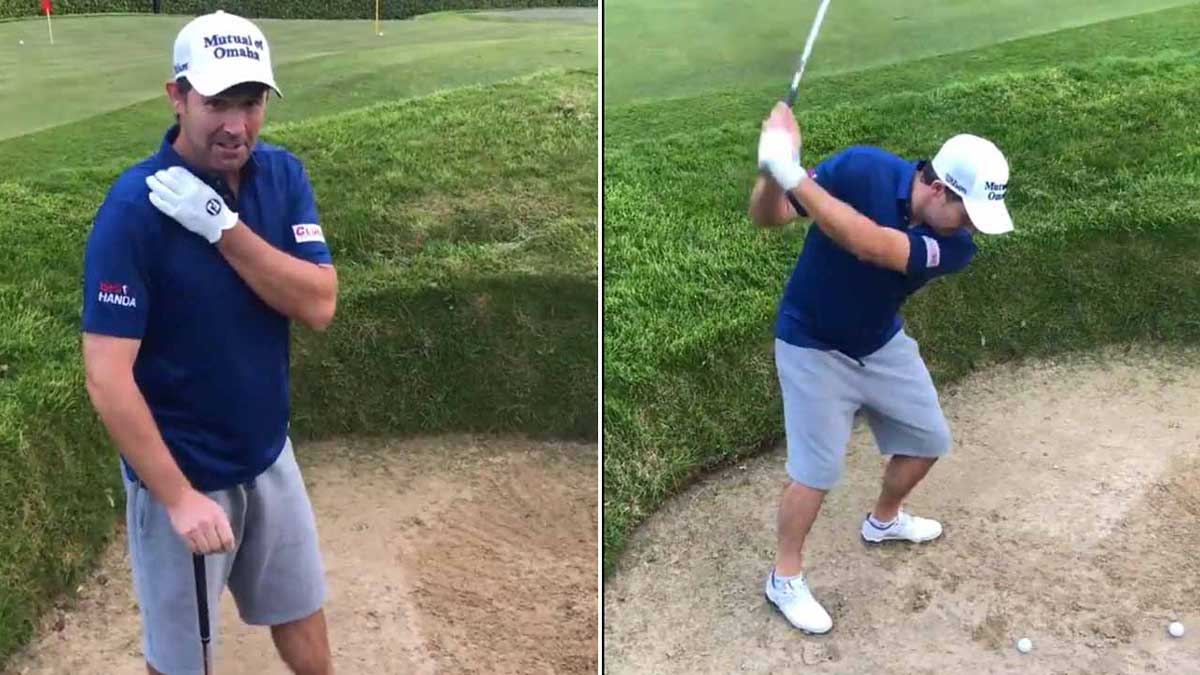