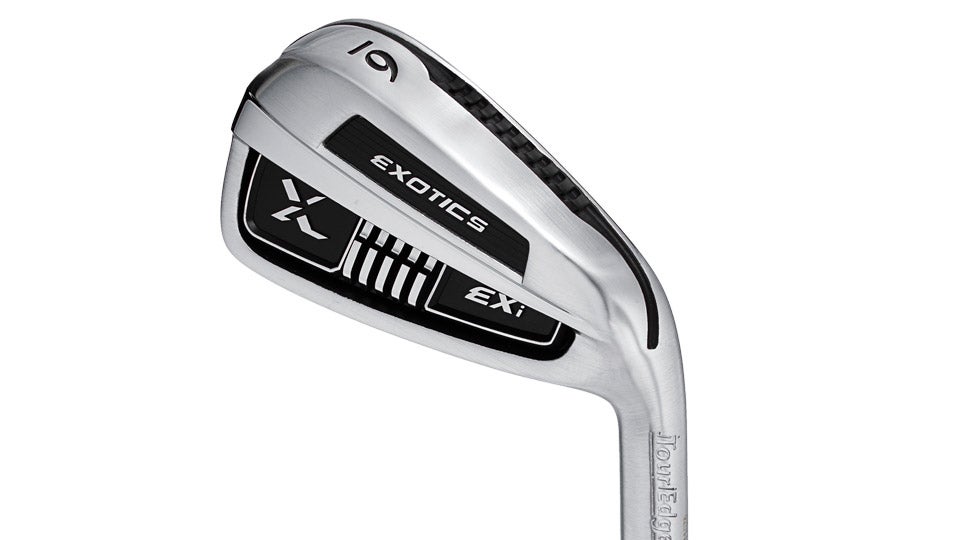 PLAYABILITY: Higher than average flight; most shots want to fly straight but some shaping is possible; heavy head can easily plow through the rough to elevate your escape, but it’s equally skillful at picking balls out of sand and tight greenside lies.
ACCURACY/FORGIVENESS: Reasonable amount of help across the clubface; similarly struck shots produce repeatable results.
DISTANCE CONTROL: In line with what most testers play, though a few guys pick up as much as a half club on center strikes; misses get decent production, too.
FEEL: Heavy-head feel, with a definite sensation of the shaft loading at the top of the swing and the clubhead powering through the ball at impact; shots come off the sweet spot softly with a pleasant-sounding click.
LOOK: Traditional appearance of a Better Player’s club at address, with minimal offset and a medium-size head and topline; the alternative cavity design with chrome detailing definitely gets noticed, too.

Too head-heavy for some guys; a few testers find that the Exotics EXi plays with a bit of fade bias; the look of the cavity design doesn’t win over everyone.

BOTTOM LINE: At half the price of some other irons tested, the Tour Edge Exotics EXi is a solid pick for players looking to add a little pop to their game, as well as height.

Added forgiveness (and ball speed) should expand the AP2’s appeal in 2016 without compromising its Tour pedigree. The 3- through 7-irons have 25 percent more tungsten in the heel and toe than the 714 model (56 grams per club), which concentrates mass low and toward the perimeter. And because the AP2 716’s blade length is identical to the AP2 714’s, the result—an 8.5 percent higher MOI—is even more impressive. The 3- through 5-irons have a slightly lower CG that’s positioned closer to where you typically strike the ball, which helps increase speed. And by design, this model has launch and spin characteristics that are similar to the AP2 714. $1,200, steel; $1,400, graphite — Michael Chwasky