These Golf Pants Have a Pre-Installed Golf Towel 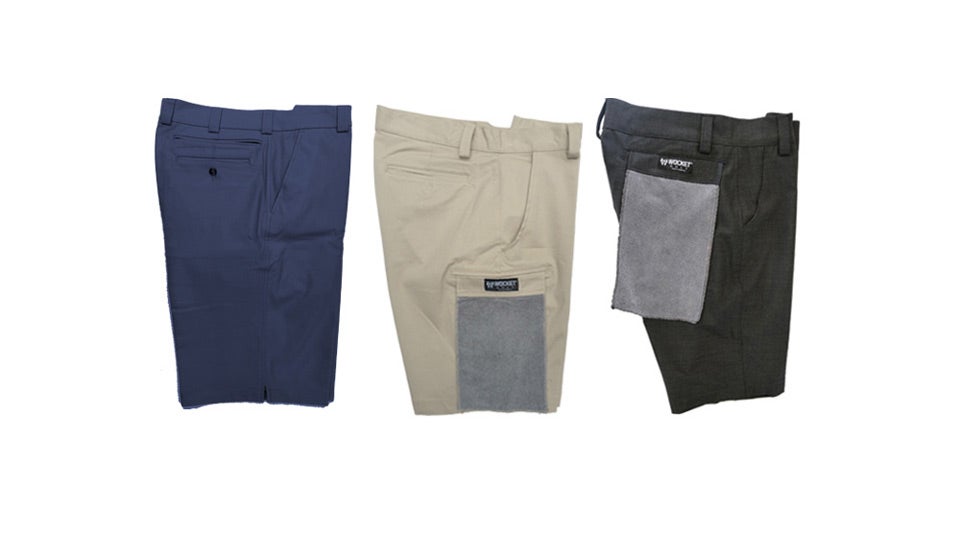 It’s one of golf’s minor annoyances.

You’re about to putt and your grip needs a wipe but oops, you left the towel in the cart.

You’re on the tee and your driver grip is damp but dang, your towel is clipped to your bag back in the cart.

Paul Dorn has a towel solution for golfers. Pants (and shorts) with a built-in towel that pulls out of the back pocket. He started Wocket Performance Apparel and calls his slacks the Ultimate Golf Pant but the rest of us are just going to call them Wocket pants.

Football players typically wear towels dangling from their belt in back. Why not golfers? Wocket pants come with a microfiber towel that pulls out of the back pocket. “You simply pull it out, leave it out, and use it unconsciously, like, 250 times per round,” said Dorn, who is based in the Atlanta area.

Dorn is typically an early-morning golfer, a dew-sweeper, and it was during one of his just-after-dawn rounds that the idea came to him.

“I took a wet practice swing and was without a towel, as usual,” he said. “Standing there with mud on my index finger, I wondered why they didn’t have a golf pant that could solve this problem. You’re already wiping everything on your pants, anyway. So, I mocked up my pocket-towel idea with paper and glue. My sister sewed and installed the first prototype into my favorite pants. I played with them the next day and it was a revelation. It just takes the whole towel, cleaning thing out of the game.”

Dorn thinks the handy back-pocket towel concept might speed up play slightly, which would be welcome in a slow-moving game. Even if it doesn’t, Wocket pants will provide convenience.

The towel pocket features a double-sided microfiber towel that sucks up dirt and moisture easily and dries quickly. The towel is stitched into a pocket — it’s not removable — that is made from antimicrobial wicking fabric. So yes, the towel goes through the washer with the rest of the pants. For easy use, you pull the towel out and let it dangle. If you’re not using it, the towel folds up back into the pocket.

The towel could certainly be used for other sports, too, like tennis, where a dry grip is a must.

The apparel industry is extremely competitive so Dorn is going the do-it-yourself route to get his idea off the ground, using crowd-sourcing via the website Kickstarter.com. Those who pre-order via Kickstarter get reduced prices on the product. Wocket pants, which will be available in late May, will sell for $110 but go for $79 on pre-order while the shorts will be $89 later, $69 now.