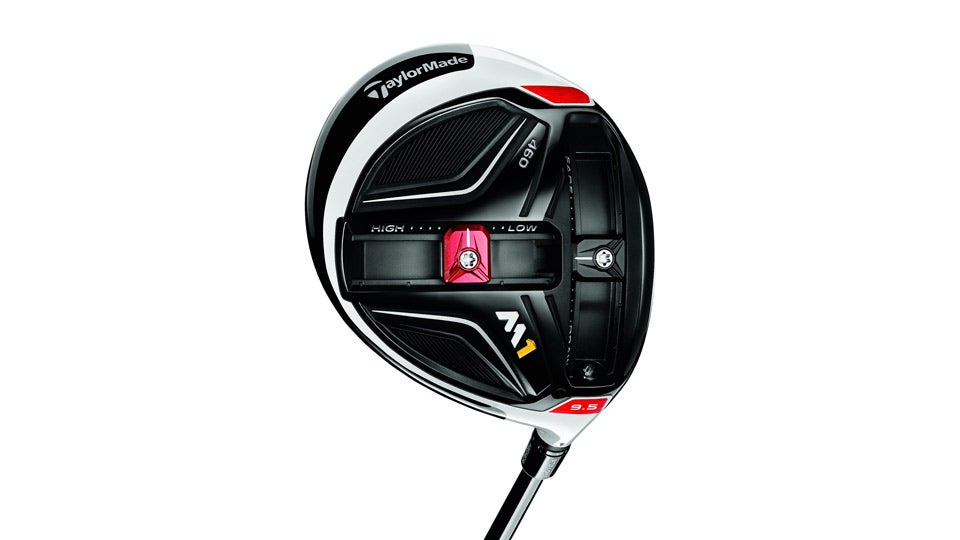 DISTANCE: A true standout — one of the longest drivers in the test; 5 to 10 yards longer than many testers’ normal drivers, even on slight misses; longer than you deserve in both carry and roll.
ACCURACY/FORGIVENESS: Among the highest-rated models; very easy to hit straight; noticeably more forgiving than the SLDR and R15; slight misses find fairways with regularity.
FEEL: Top-shelf at impact; springs off the face with the speed of a rocket; a quiet thud you’d expect from a composite head, but still very rewarding — impact sensation makes you want to hit it again and again.
PLAYABILITY: This club can do it all — the most playable model we tried; draws and fades are equally easy if you’ve got the talent; shots never balloon, and they carry for miles.
LOOK: A tester favorite; among the most attractive sticks on the market; the black composite section mixed with the white shelf creates a nice contrast that actually helps align the club at address. Thin contact loses more distance than some would prefer; a few testers aren’t crazy about the muted feel; the black-and-white color combination doesn’t thrill everyone.

BOTTOM LINE: One of the best drivers tested. TaylorMade came up big here — the M1 driver provides serious distance with plenty of versatility and help.

HOT STIX’S TAKE: Two sliding sole weights allow for a tremendous amount of flight tuning. Don’t be afraid to move both weights to one channel. This low-spin, composite head is a little more forgiving than the R15, too. Launch: Low; Spin: Low

MORE INFO ON THE TAYLORMADE M1

TaylorMade debuted the white-headed R11 driver in 2011. Since then, the company’s offered its share of white drivers and black ones. The M1 mixes both colors in the crown — a white stripe close to the face is designed to help you return the club to square while the darker carbon fiber saves weight and gives the illusion of a smaller head in the address position.

In the past, drivers with a carbon fiber crown were susceptible to a “dead” sound and feel. TaylorMade claims the M1 delivers a crisp sound and feel because of specially positioned ribs on the underside of this crown (hidden from view).

With the M1, the company is doubling down on sliding weights used to tweak ball flight. One slider runs from heel to toe, which effects shot shape. Positioning the 15-gram weight in the heel creates draw bias, and so on. Placing a second 10-gram weight toward the back of the head adds dynamic loft for a higher flight while setting it closer to the face delivers a lower flight. The M1 comes standard with the Fujikura Pro 60 shaft, and will be retail on October 8th. — Rob Sauerhaft