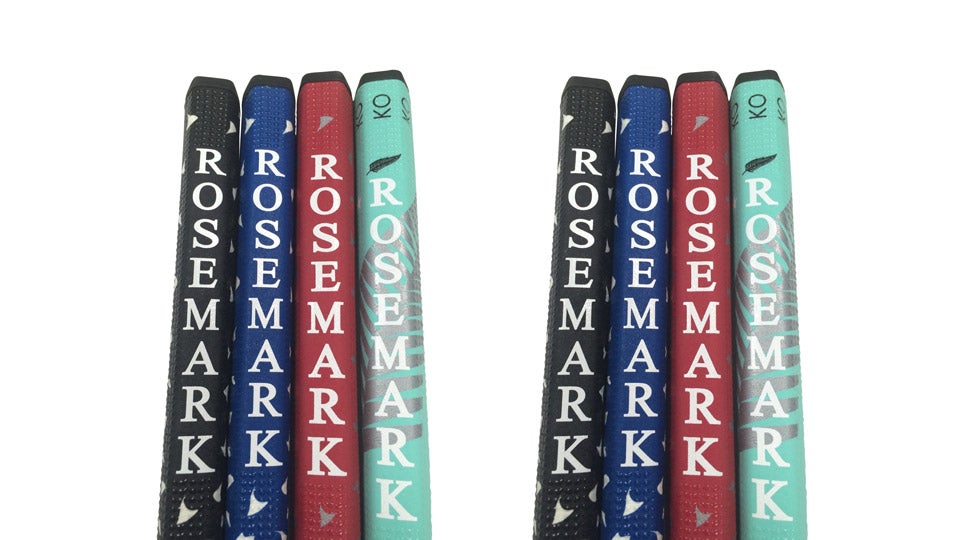 A look at some of the grip color options Rosemark offers.
Courtesy of Rosemark

Lydia Ko’s ascension to World #1 has been due, in large part, to her proficiency on the greens. She’s recorded seven tournament victories including two major championships since the start of the 2015 season. And, during that time, she’s been sporting a midsize putter grip from a small company named Rosemark.

Now, the outfit is launching its grips globally. The hexagonal-shaped grips conform to the contours of the hand and encourage light grip pressure throughout the putting stroke.

Choose from a polyurethane wrap or a durable, moisture-absorbing microfiber one with silicone to enhance tackiness, in various sizes: the 1.25 is standard size and weighs 68 grams; the 1.52 is midsize and weighs 57 grams; the counterbalance, oversize 7Teen is 92 grams and 17” long, and available only in microfiber silicone.