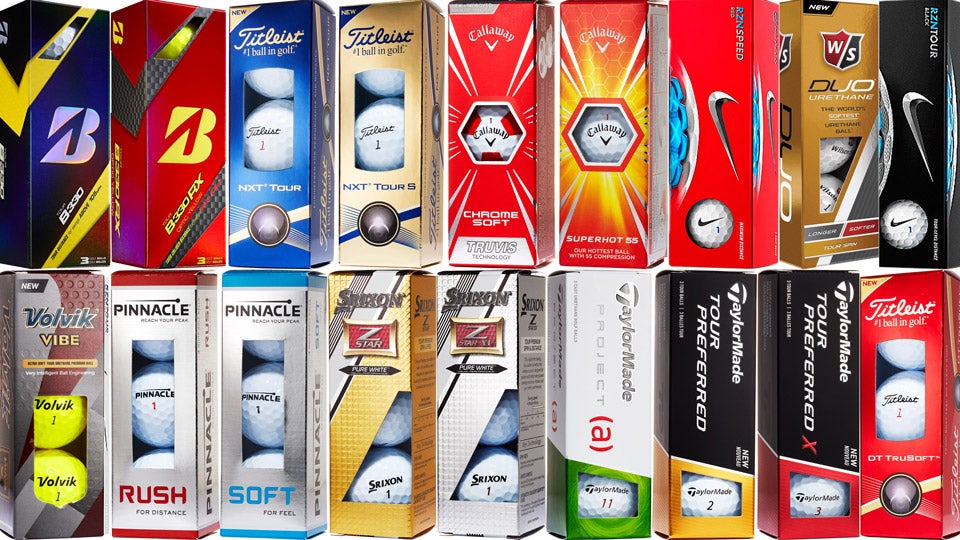 KEY TECHNOLOGIES: Increasing the core size by 6 percent compared with last year’s models boosts distance, as does exaggerating the gradient of the core. (The center is up to 7 percent softer, while the firmer outer region is unchanged.) Paired with a new cover, the center reduces driver spin by 3 percent, while the outer area makes the ball faster. The softest urethane cover yet has a tacky coating to increase friction for more spin on scoring shots.

FINAL WORD: The B330S feels slightly softer and spins more around the green than the B330.

KEY TECHNOLOGIES: The new core in the RX family is 28 percent softer than the Tour B330, so its target audience can compress it. Plus, the center of the core is 20 percent softer than in previous RXs, while the firmer area along the outer edges is harder. Company testing shows players get more ball speed and launch shots higher, with 3 percent less driver spin than before. Combining Bridgestone’s softest urethane cover ever with a tacky coating adds short-game spin.

FINAL WORD: Like the B330s, the RXS spins more than the RX does around the green.

IT’S FOR: Those looking for ultimate greenside control with soft feel.

KEY TECHNOLOGIES: This four-piece ball features a new dual-core construction with a soft inner and firmer outer layer, which helps generate more ball speed off the long clubs than last year’s three-piece Chrome Soft. The new model has a similar compression, but it produces more spin on mid- and short-iron shots. The same soft urethane cover provides ample spin and feel on greenside shots, while a HEX dimple pattern helps stabilize flight. The visible truvis pattern (above) is a new option as well.

IT’S FOR: Players looking for a power-packed distance ball.

KEY TECHNOLOGIES: The three-piece construction utilizes a low, 55-compression core with a soft mantle layer and Surlyn cover. This combo decreases spin on full shots and limits hooks and slices, all while heightening feel around the greens.

IT’S FOR: Better players who prioritize the short game.

KEY TECHNOLOGIES: Both four-piece models have a new RZN core — 10 percent larger than in last year’s RZN Black and RZN Platinum — to generate faster ball speeds. A new iteration of the RZN core material contributes to a softer feel. The urethane cover has 344 dimples plus 13,558 “micro dimples” to reduce drag, producing a longer, more consistent flight.

FINAL WORD: The most advanced Nike models to date, the Tour Black targets players who prefer to limit spin on full shots, while the Tour Platinum is for guys who want a bit more.

IT’S FOR: Aspirational golfers with moderate to slow clubhead speeds.

KEY TECHNOLOGIES: A new RZN core delivers a softer feel than last year’s RZN Red and RZN White. The core and mantle layer are bound using the same technology as in the Tour balls, which optimizes energy transfer at impact. Both ionomer-covered three-piece models have a lower compression core than their big brothers, the RZN Tour Black and RZN Tour Platinum.

FINAL WORD: Expect the RZN Speed Red to carry farther than its compadre, while the White version should feel softer.

FINAL WORD: Those craving more distance at a friendly price can pick the feel that suits them best.

KEY TECHNOLOGIES: An updated core gradient — softest in the center, hardest on the edges — produces soft feel and low spin on full shots. The cover is 21 percent softer than before, with an upgraded coating to increase friction for greater spin on short shots and a new dimple pattern that provides more surface coverage to stabilize flight.

FINAL WORD: The Z-Star (for 90- to 105-mph swingers) feels softer and spins more on full shots than the four-piece Z-Star XV (for anyone over 100 mph).

IT’S FOR: Players who want performance at a more affordable price than a premium ball.

KEY TECHNOLOGIES: The NXT Tour has a soft inner core that’s 66 percent larger by volume than previous models. Combined with a firm outer core, the ball generates less spin on full shots for more distance. The same soft Fusablend cover as before provides similar spin and feel in the short game. NXT Tour S has a softer, lower-compression core and a softer Fusablend cover than its predecessor. A lower flight with less spin leads to added length with the driver, hybrids and irons.

IT’S FOR: Players seeking ultimate distance and a higher trajectory.

KEY TECHNOLOGIES: Its largest, fastest core yet boosts ball speed. The core — softer than in the previous model — combines with a thinner cover to produce a more refined sound and feel. Plus, approach shots will launch high and land with a steep angle of descent for added stopping power.

IT’S FOR: Those who crave extreme softness.

KEY TECHNOLOGIES: Pairing a larger, lower-compression core (than the DT SoLo it replaces) with Titleist’s softest ionomer cover blend ever creates a soft feel and sound from the driver to the putter. It also means less spin off the driver, hybrids and long irons for consistently big distance. Company testing shows that the DT TruSoft has similar spin to the DT SoLo on full and partial wedge shots.

According to Golf Datatech, the Pro V1 and Pro V1x have been the top-selling balls on the market for 180 consecutive months (through February 2016). That’s every month for 15 straight years! In addition, the Pro V1 franchise has accounted for more than 400 wins on the PGA Tour since its 2000 debut. Expect Titleist to unveil new versions of the Pro V1 and Pro V1x in the first quarter of 2017, which should raise the bar even higher.

IT’S FOR: Those who want extreme control on short-game shots.

KEY TECHNOLOGIES: Both versions have a reengineered cast urethane cover for added spin on scoring shots, while their “low drag” dimples provide a stable flight. The four-piece Tour Preferred ball has an inner mantle that’s 65 percent softer than the previous TP model. The new ball has a lower compression (80 vs. 87) and a softer feel than the new five-piece Tour Preferred X. The X ball flies on a more boring trajectory than the Tour Preferred.

FINAL WORD: These models go similar distances off the tee, but expect the Tour Preferred to launch higher and spin less on greenside shots than the X ball.

IT’S FOR: Recreational swingers who are all about scoring shots.

KEY TECHNOLOGIES: The newest Project (a) ball has a lower compression core (70) than the previous model (88), which softens up feel throughout the bag. The softer core also helps to lower spin on full shots. A cast urethane cover (the same one found in the new Tour Preferred models) enhances spin around the green and adds to the ball’s soft feel.

FINAL WORD: Average Joes can get short-game spin and control that’s similar to what the pros experience with their premium balls.

KEY TECHNOLOGIES: The new matte finish is easy to see in the air or on the ground. A 332-dimple pattern promotes a higher flight on full shots than last year’s Crystal ball. The three-piece, 80-compression model utilizes a soft Surlyn cover. Comes in green, pink, orange and red.

FINAL WORD: It’s the same ball as the new Crystal, but with a matte finish.

IT’S FOR: Players who want a soft feel with strong short-game performance

KEY TECHNOLOGIES: The three-piece, 65-compression ball produces a mid-high trajectory. The urethane cover offers a lot of control and variety around the greens.

IT’S FOR: Players who want soft feel and plenty of spin around the green.

KEY TECHNOLOGIES: A three-piece ball with cast urethane cover and a 55-compression core leads to soft-feeling shots with every club. The newest Duo model is also engineered to take some spin off the longer clubs.

FINAL WORD: Low-compression, premium performance balls are trending up, and this one fits the bill. It should appeal to better players. 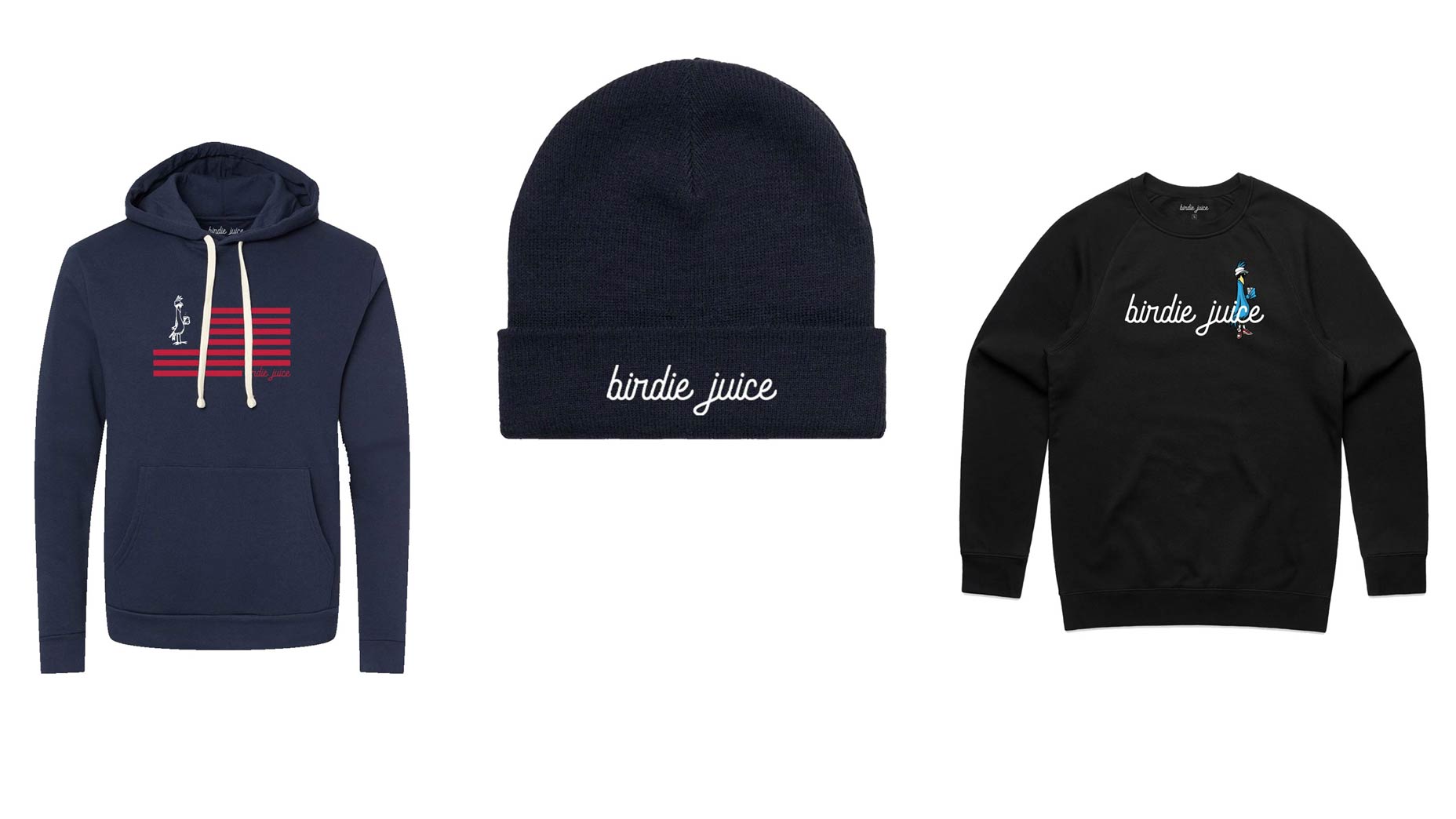 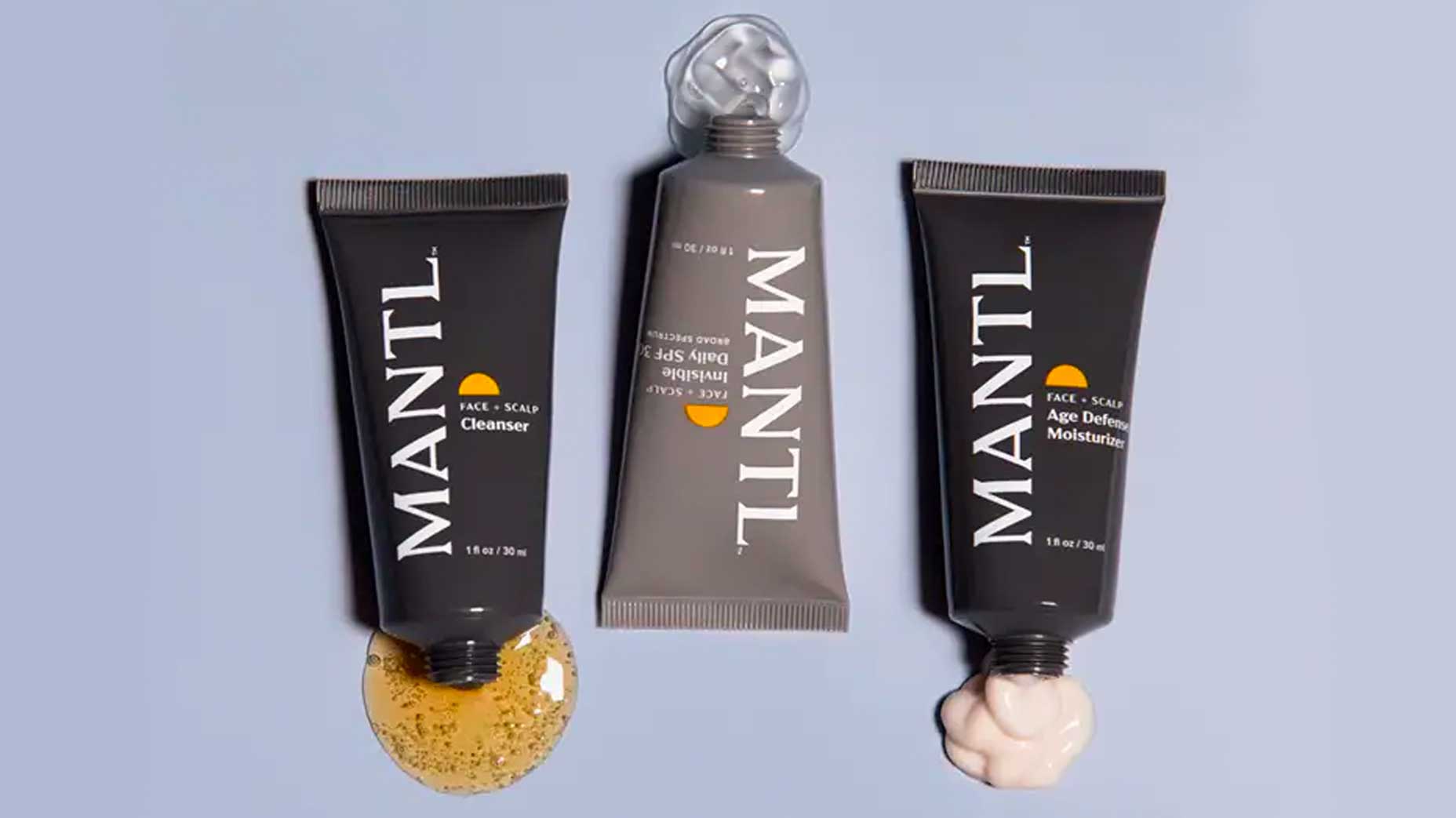 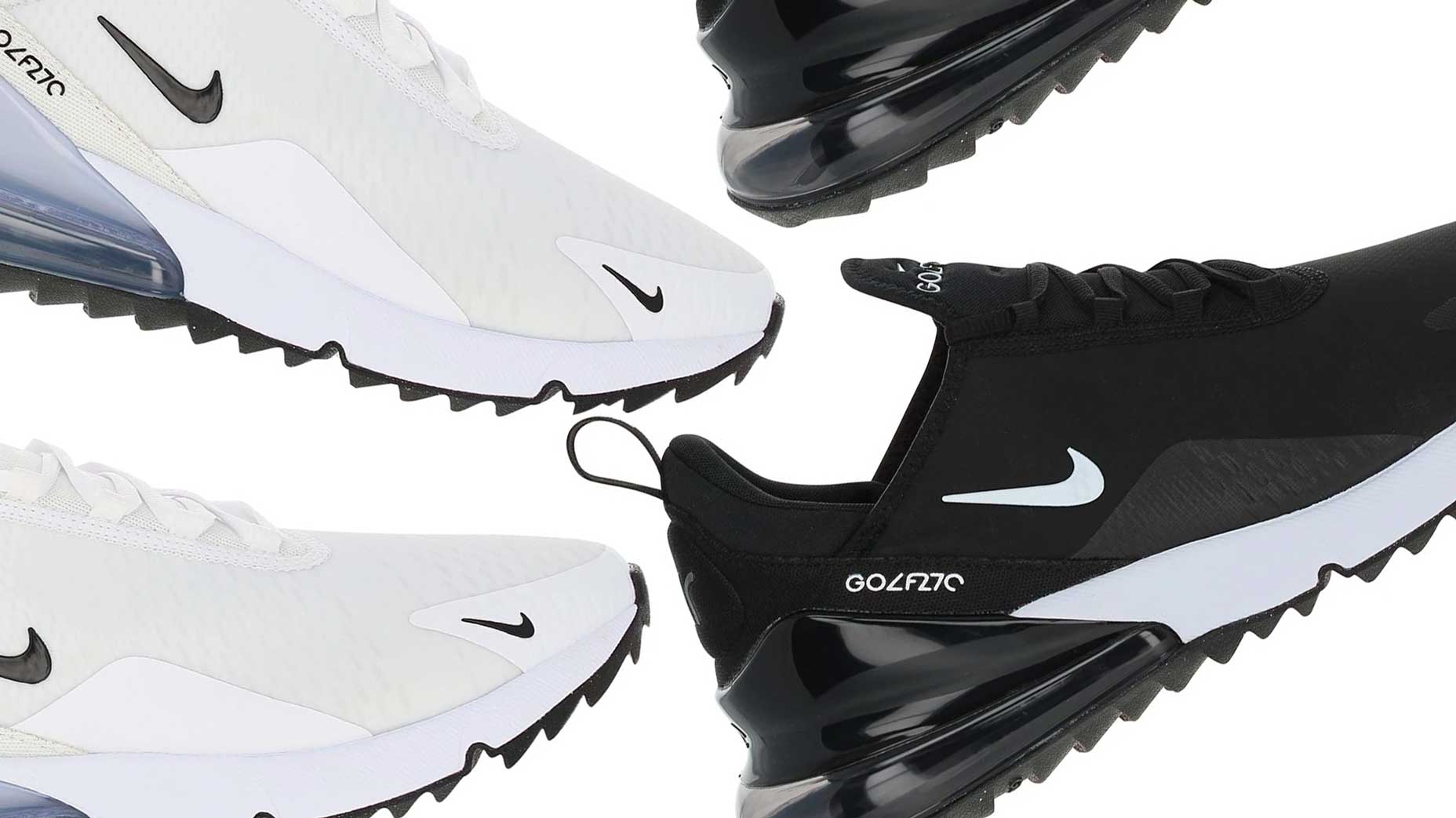 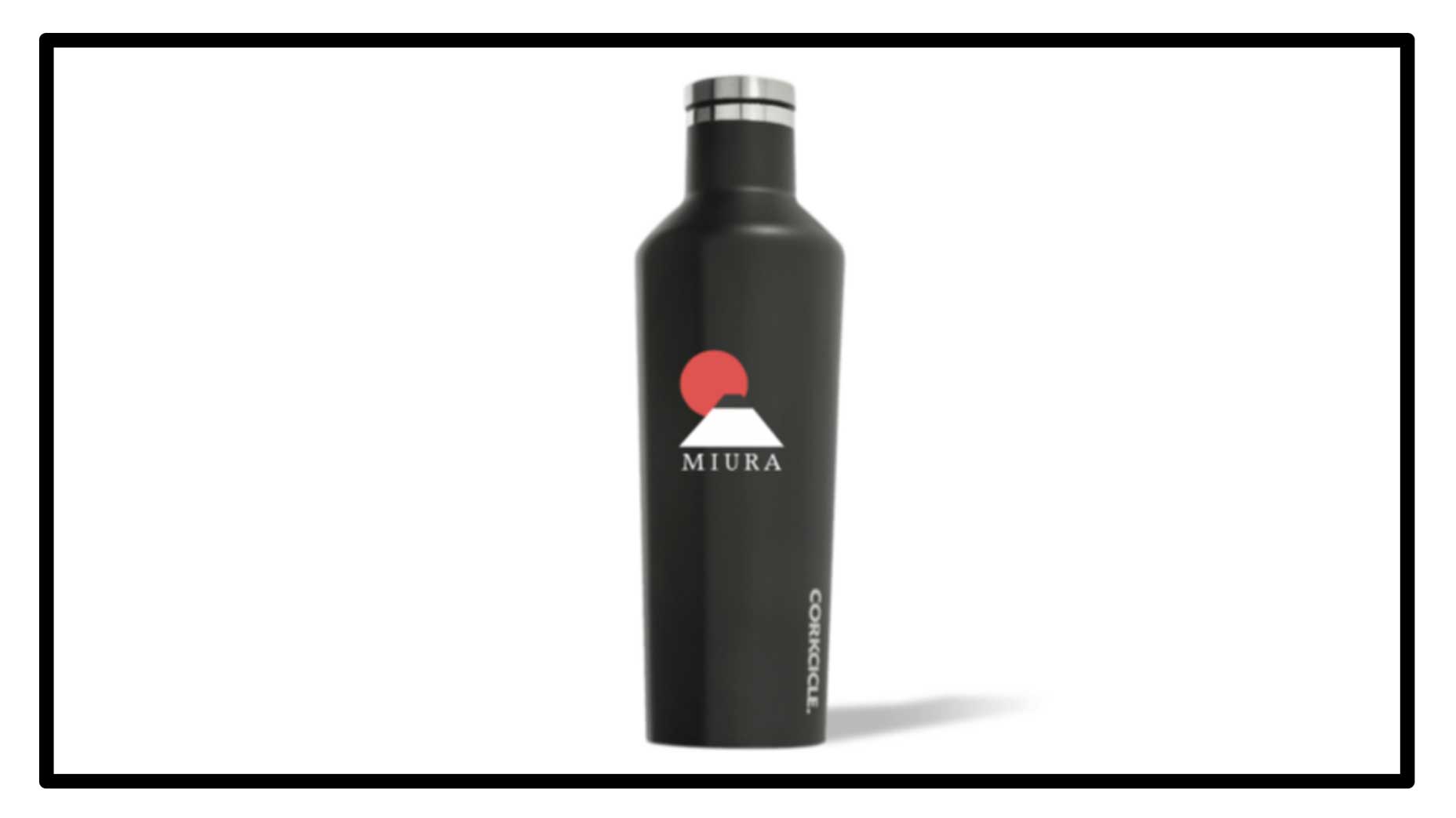 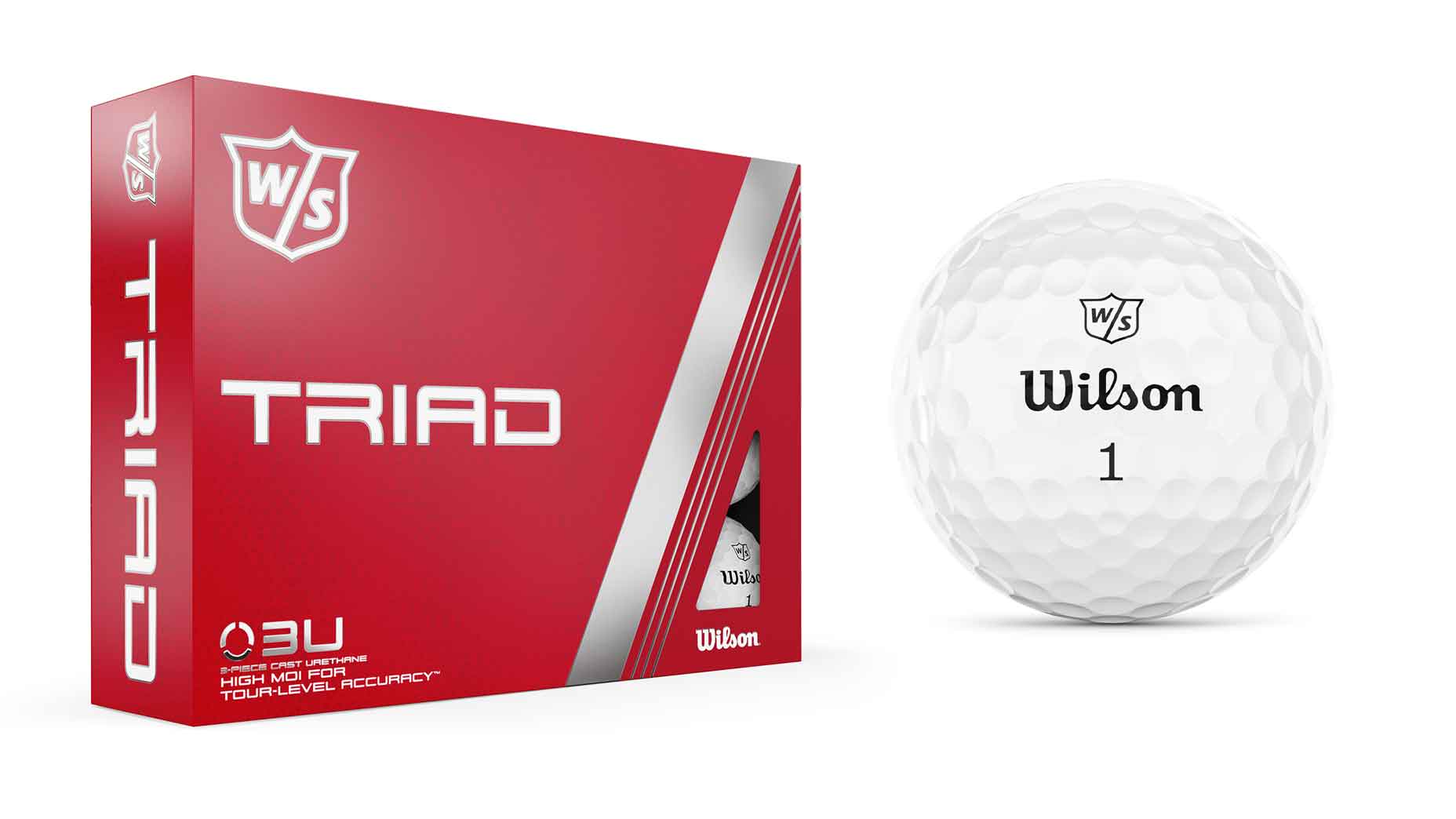