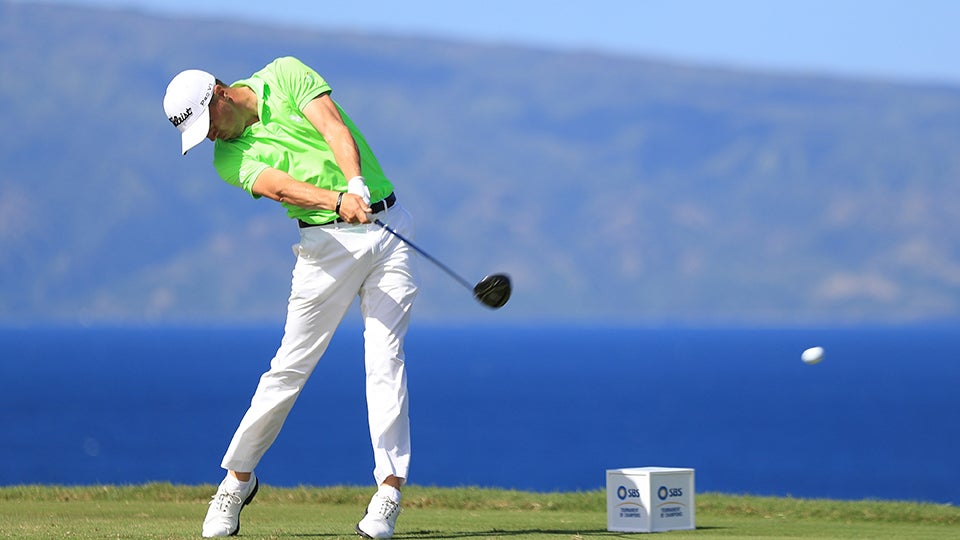 Justin Thomas launches a drive during the final round of the SBS Tournament of Champions.
Getty Images

Justin Thomas is projected to move to No. 12 in the world ranking after winning the SBS Tournament of Champions with a 22-under-par total on Sunday in Hawaii.

Big yardage off the tee was key for the 145-pound Thomas, who drilled several drives over 400 yards during the tournament, often going with his 3-wood to avoid running through fairways. The sixth-ranked player in the world, Japanese superstar Hideki Matsuyama, finished second at 19 under. Here’s a full list of gear Thomas used to grab his third career PGA Tour victory, including the Titleist 917D3 driver that produced numerous bombs over the weekend.