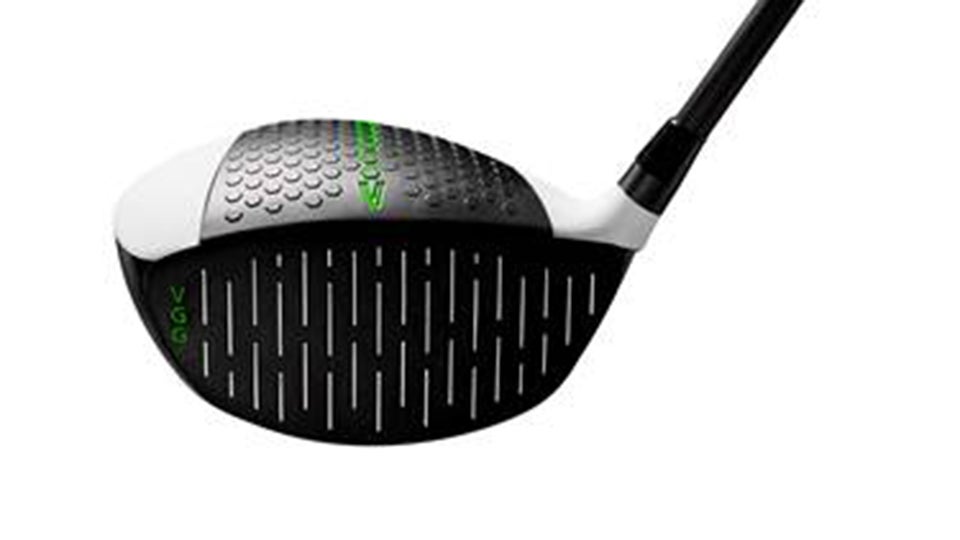 A close-up look at the new driver you will see in John Daly's bag.
Courtesy of Vertical Groove Golf

John Daly is all set to grip and rip a new—and quite different—driver this season on Tour. The 50-year-old Daly has signed a multi-year deal with Vertical Groove Golf to use its vertical groove driver exclusively. “I’ve been hitting the ball further and straighter off the tee since putting the Vertical Groove driver in my bag,” said the two-time major champ. “I’m hitting more fairways and the sound at impact is terrific.”

The startup, Vertical Groove Golf, unveiled its eye-catching (and conforming) driver late last year. According to the company, vertical grooves reduce sidespin, which leads to straighter ball flight and a greater transfer of energy for longer drives. “Having John Daly, a major champion and an acclaimed long driver, put our Vertical Groove Driver into play on the PGA Tour and PGA Tour Champions, is strong validation that this club performs at the highest level,” said Jeff Barry, the chief executive officer of Vertical Groove Golf.