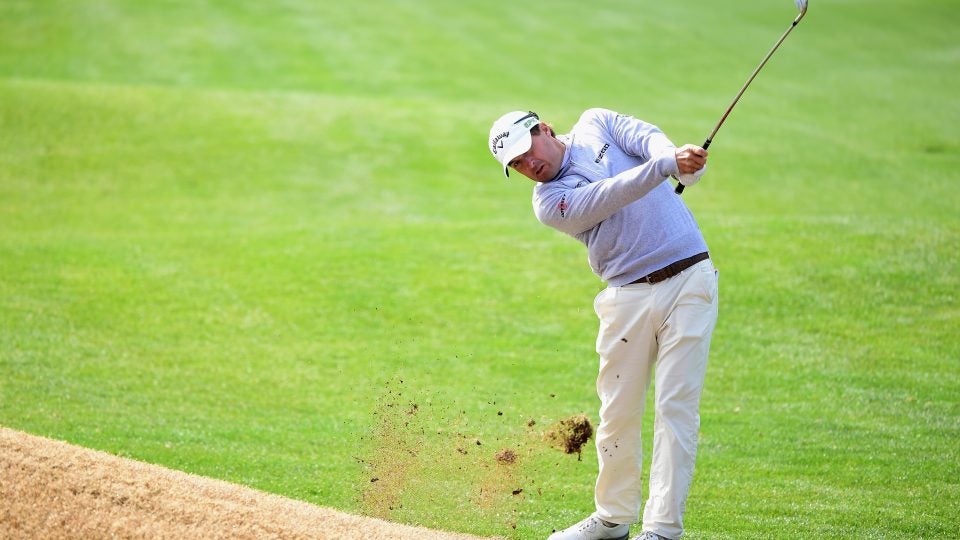 1. Former Tour winner Kevin Kisner had his best showing in months with a T2 finish in Orlando. In a previous GOLF Magazine interview, the South Carolina native talked about the need to apply downward pressure to the shaft as it neared impact to hit quality approach shots. Quirky move, or a legitimate go-to feel for pure irons?

Lou Guzzi, Lou Guzzi Golf Academy at Talamore C.C., Ambler, Pa. (@LouGuzzi): I like the move—a lot. If you want to be a successful golfer, you need to learn how to control what the shaft and club are doing at every moment in your downswing. They’re tools under your direct control. When you pressure the shaft a lá Kisner, that control skyrockets.

Mike Perpich, RiverPines Golf, Johns Creek, Ga.: Pressuring the shaft is a good way to ensure that you “compress” the ball at impact and not just “hit” it. A visual works just as well. Imagine that the ball is a pillow. You goal: push the clubhead and the shaft into the pillow. See the head and the hosel sink in and disappear, and that you’re moving the club more with your body than your arms and hands. That’s the feel of compression all great ballstrikers crave.

Brian Manzella, English Turn Golf & C.C., New Orleans, La. (@brianmanzella): Kevin’s move is ripped straight from the pages of Homer Kelley’s The Golfing Machine. He’s on to some good stuff. At some point in the downswing, it’s critical to “torque” the club, which requires pressure. Caveat: it’s a better player’s move. My advice? Instead of pressuring the shaft, pull it into your stomach as it swings through impact. My colleagues and I call this “going normal.” For weekend players, this creates a more powerful strike than if you simply focused on pressuring the right side of the shaft.

2. It was an emotional week in Orlando. Marc Leishman bagged his first win since 2012, and it was the Tour’s official goodbye to life at Bay Hill without Arnold Palmer. Among today’s card-carrying members, who on Tour has the most “Palmer” in his game?

Brian Manzella: Justin Thomas is by far the closest thing to Arnold Palmer in golf today. He takes huge whacks with the driver and isn’t afraid to gamble—hence his Tour-leading 5.21 birdies per round. He wears his heart on his sleeve and knows how to work the crowd. Golf is meant to be fun, folks—strut your stuff! He’s already a star, but watch out when Thomas wins his first major.

Lou Guzzi: Phil Mickelson. Second place isn’t even close. If you’re in position to do something spectacular, give it your Lefty best. Most recreational golfers would agree—playing it safe doesn’t always work, either.

Mike Perpich: I’m with Lou. Phil Mickelson is the closest thing we have to a modern-day Arnie. But don’t confuse Lefty’s go-for-broke style with mere whimsy. Every risk Phil takes is carefully calculated. I’d say it’s more important to copy the way Mickelson assesses shot options than the guts required to pull some of them off.

3. The top five finishers at Bay Hill—Leishman, Kisner, Charley Hoffman, Rory McIlroy and Tyrrell Hatton—each uncorked drives in excess of 330 yards at the reachable par-5 16th on Sunday (Rory blasted one 363 yards). We know PGA Tour players are long, but this is getting ridiculous. Quick—give a weekend player 20 extra yards right now.

Bryan Gathright, The Clubs of Cordillera Ranch, Boerne, Texas (@bryangathright): Distance is nice, but you’ll do your game more good by working on your chipping, pitching and putting. But hey, who doesn’t crave more yards? Here are four ways to take your everyday swing into the stratosphere.

►Get properly fit for the correct driver and shaft. Today, this is non-negotiable.

►Take a wide stance, with your ankles just outside your shoulders.

►Shake out your arms, wrists and hands before you swing. Loose muscles are fast muscles.

►Forget impact—strive to finish your swing in balance and with your belt buckle facing the target. Do that, and the ball can’t help but go deep.

Brian Manzella: As you transition from backswing to downswing, keep your back facing the target while moving your arms “off” your chest. Once you feel the separation, unwind as normal. You won’t be as open at impact as the aforementioned Justin Thomas, but you’ll find your swing approaching the ball from inside the target line (so long, slice!) and with the desired upward angle of attack.

Lou Guzzi: Step one: stop trying to control your drives. Attempting to “steer” the ball creates tension, resulting in diminished clubhead speed and poor contact. Try this instead. Set up without a ball and begin making practice swings back and forth above the ground. Use a light grip—make it a “3” on a 1-to-10 scale. Feel like your arms are as loose as cooked spaghetti, and work the club back and through, ramping up your speed with each swing. In time, you’ll hear a “whoosh” sound at the bottom of your motion. The louder the “whoosh,” the farther the ball will fly. Now step in and pound it. 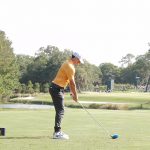