Yo, Gear Guy! What’s the deal with wedge grinds?

@Peterdubbya on Twitter: Why would one buy an M3 driver as opposed to the M4, and vice versa?

That’s a fair question, but one with a somewhat obvious (no offense) answer. Both the TaylorMade M3 and M4 drivers contain many of the same technologies including TwistFace for added forgiveness, Hammerhead Slot for more ballspeed, and a variety of other items including an adjustable hosel. The one thing the M3 offers that in my opinion can be a game changer (depending on your fit) is Y Track. As most know by now, the Y Track allows for two 11g weights to be moved both front and back (to alter spin rate and launch) and side to side (for shot shape customization). Offering both types of custom tuning, in addition to hosel adjustability, makes the M3 an exceptionally easy driver to fit accurately in a minimal amount of time. If you care about optimizing your launch and spin numbers, and in turn your distance and accuracy, the added benefit of Y Track can potentially make a significant difference.

@JohnMcGowan16 on Twitter: What are the real benefits about replacing long irons with more hybrids in your bag?

The majority of hybrids are much more wood-like in design than even max-game improvement irons, meaning they have a hollow head with more weight positioned away from the clubface. They also tend to be more low-profile than long irons and almost always have much more forgiving soles with more bounce and less tendency to dig at impact. Add these facts up and you have a club that is inherently more forgiving and higher launching with enhanced versatility from a variety of lies. Add the fact that a typical hybrid will generally produce more carry distance for non-Tour swing speeds and shots with a steeper angle of descent, and you’ve got your answer – hybrids are simply a superior and more useful design in the lower lofts than corresponding irons. Though a lot of Tour pros only carry one, if any, hybrids in their bag, the majority of recreational players would do well to add two or even three to their set. And you don’t need to replace only long irons with hybrids, as they come in a variety of lofts that can easily replace mid irons as well. 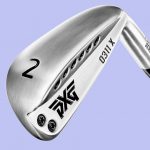 You may also like Yo, Gear Guy! Why are PXG clubs so expensive, and what’s the deal with driving irons?

8jorgehernandez on Instagram: Can you explain what the “grinds” in sand wedges are? And how much of a difference do they really make?

The “grind” of a wedge is simply the geometry of the sole, which includes the leading and trailing edges as well as the heel area of the clubhead. I can’t explain all the grinds here because, like any recipe, there are many different ones used in the production of wedges that each wedge designer believes will work for specific types of players. What you do need to know about wedge sole grinds is that they can make a huge difference in how a wedge performs in different turf conditions for different types of swings. And, while there are many variations, the main focus of common sole grinds is to provide an option for players who are steep swingers or play in softer conditions (wider, more bounce), and one for shallower swingers or those who play in firmer conditions (narrower, less bounce). Another consideration is the type of short game shots typically played – those who like to open the face quite a bit will do better with a heel grind with relief (less material), while those who tend to hit square faced shots most of the time would do better with less heel relief. There are a ton of other grind types available, many of which combine aspects of the narrow/low bounce design and the wide/high bounce design, for players who play in variable conditions. To get the right one for your game and swing, a professional fitting is a great idea. And if you want to learn more, check out some of the manufacturers websites, as some give nicely detailed descriptions of various grinds and who they’re aimed at (vokey.com is a good place to start). Herzbro on Instagram: I was told recently by a PGA assistant pro to get the “frequency” in my brand new AP2 irons checked because he said the majority of “stock” shafts are labeled incorrectly. What do you think about his assessment? Do you share that same belief?

There was undeniably a time when the specs on a new set of off-the-rack irons, even from a respected manufacturer, were often not particularly consistent or accurate. If you bought a new set and immediately put them on a loft and lie machine, you probably would find irons in the set that were flatter than others, had stronger lofts, slightly different swing weights and overall weights, and maybe even incorrect shaft lengths. In fact, back in the late 90’s I got a beautiful, brand-new set of forged irons from a storied brand that contained a two-iron that was the same length as the five-iron (for real). And when it came to shafts many of the same issues existed, including models that were marked “S,” that had the frequency of a regular-flex shaft, and vice versa. Fortunately, modern manufacturing processes, better quality control, and more accurate sorting have made for vastly improved consistency. Bottom line – if you like your new irons and are hitting them well, I wouldn’t worry about having the frequencies checked. However, if you notice a difference in feel, flex, or trajectory between irons in the set then a solid check of frequencies (and other key specs) might be in order.

Jeff_brown on Instagram: If my irons are +1/2 inch, should my wedges also be lengthened?

Short answer – probably. If you require longer lengths on your irons then you will almost definitely benefit from a consistent length in your wedges, especially for full shots. And when you consider that wedges are the shortest full-swing clubs in the bag, adding a bit of length is likely to increase your distance a bit and also make them more comfortable to swing. The only issue here could be how the added length affects your short game. For some players a shorter length wedge might work better for bunker play or chipping simply because they’re used to the length, or because a slightly shorter club is a bit easier to control. However, it’s pretty easy to choke down on a longer club for greenside shots, and overall I would say you’ll be better off matching the length of your wedges to that of your irons than you would be playing a mixture of custom irons and off-the-rack wedges.

@Cencalhak on Twitter: The strengthening of lofts led to the “invention” of the gap wedge. How long until another new wedge is introduced to fill the void?

Yes, the gap wedge did come about to fill the distance “gap,” between a PW and more lofted wedges when the typical PW loft went from around 50-degrees to 48-degrees. Back then gap wedges were normally 52-degrees and filled the space between the PW and a 56-degree sand wedge. Later, when the standard PW loft decreased to around 45-degrees, the normal GW became a 50-degree model. Looking to the future, it’s somewhat unlikely that another “gap,” will need to be filled, but it is possible that PWs could move a bit stronger (some already have) to somewhere in the neighborhood of 42-degrees, which would require two GWs in the 45- and 50-degree loft range. Regardless, the key is to fill your distance gaps to maximize your scoring without worrying too much if a given club is called a nine-iron or PW. 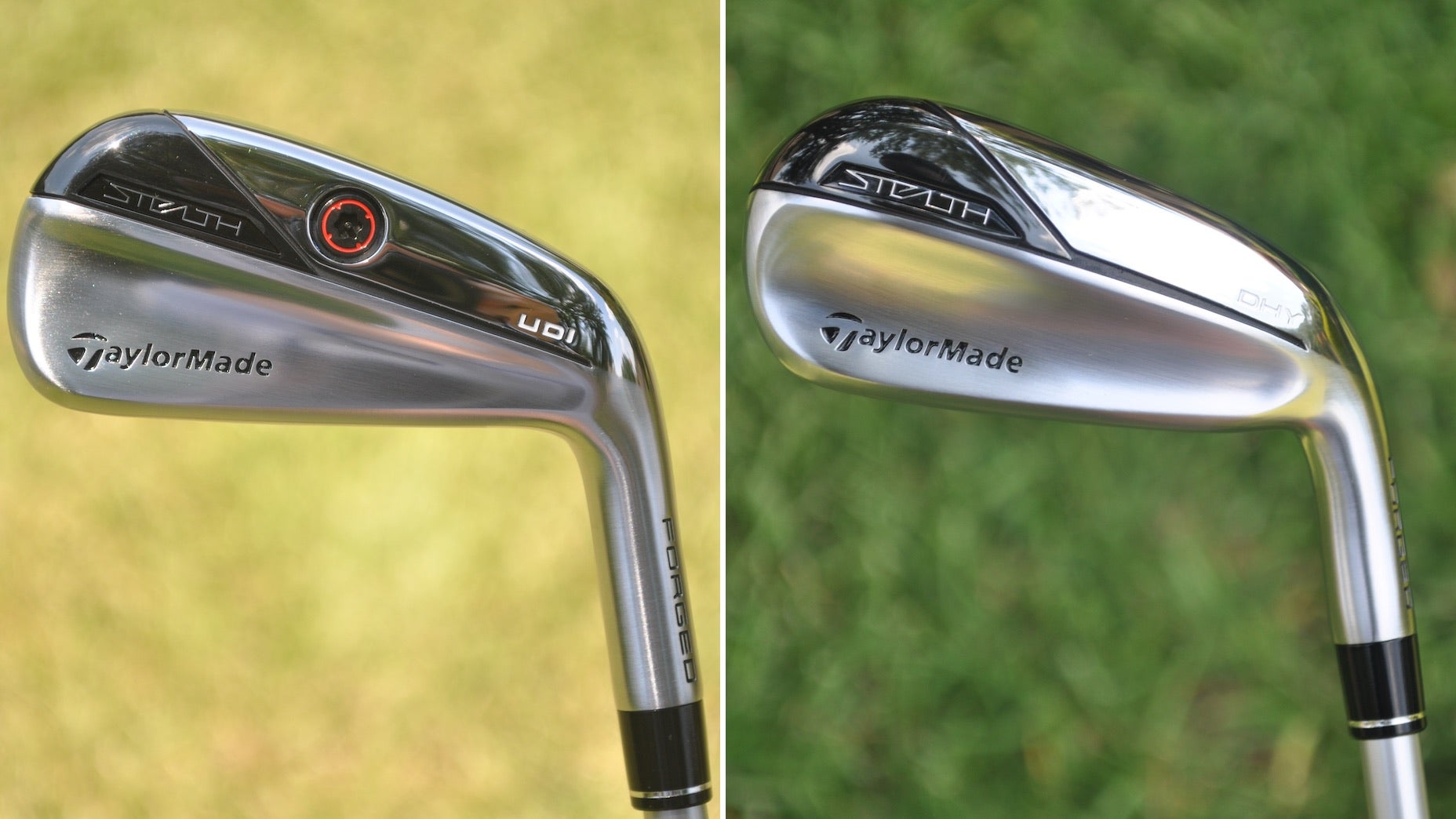 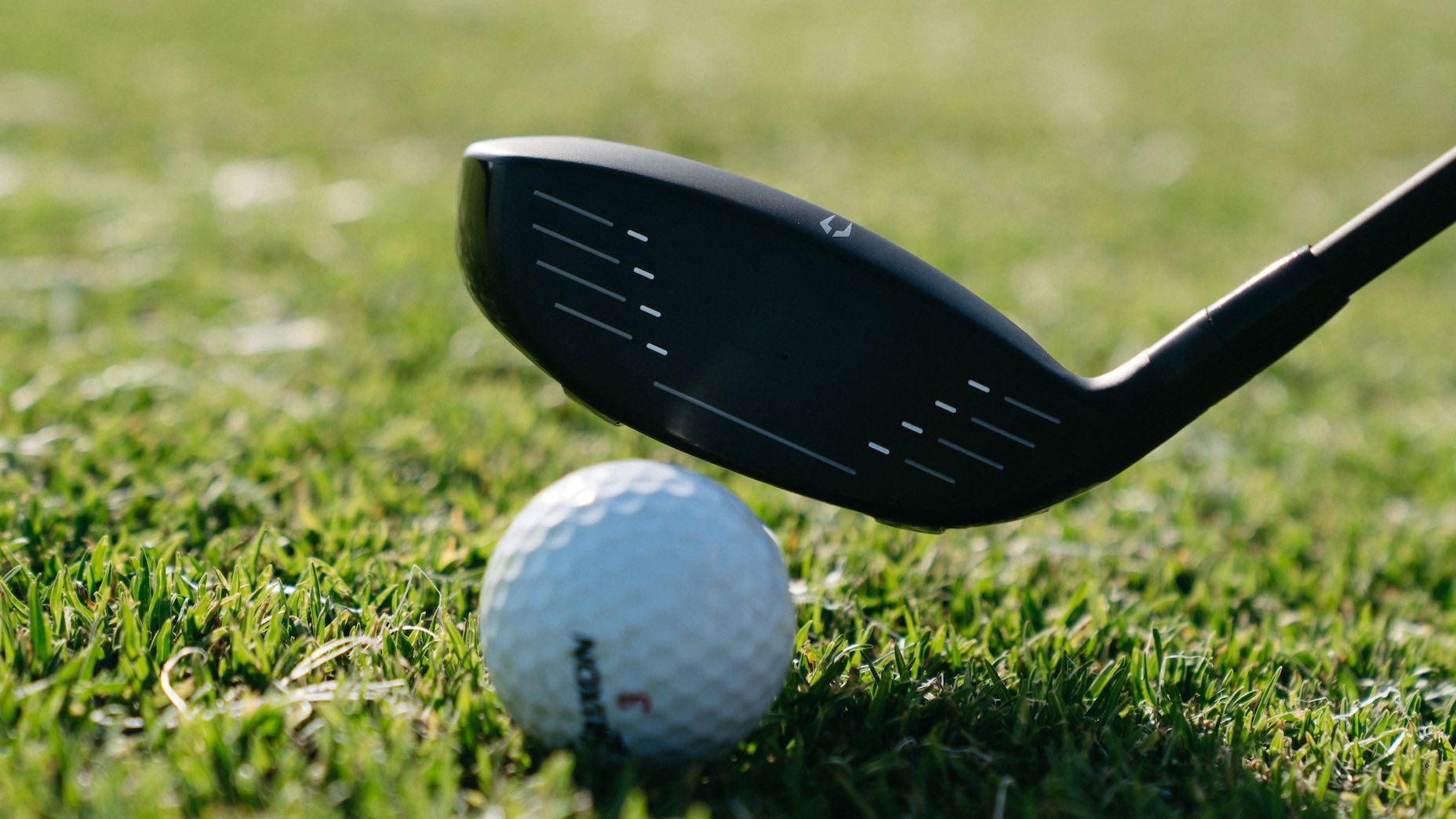 Fully Equipped mailbag: Is there a right way to hit a hybrid? 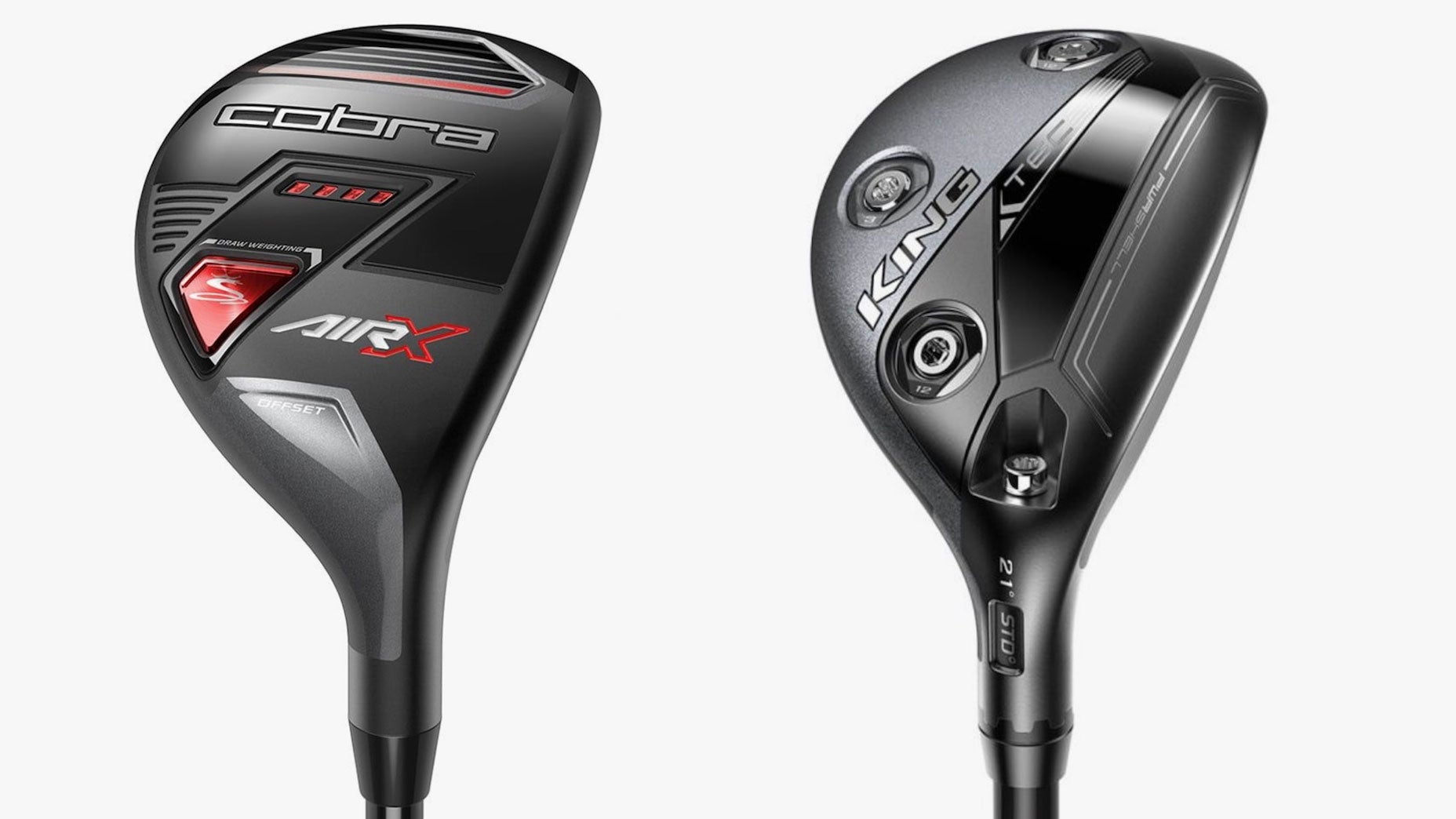 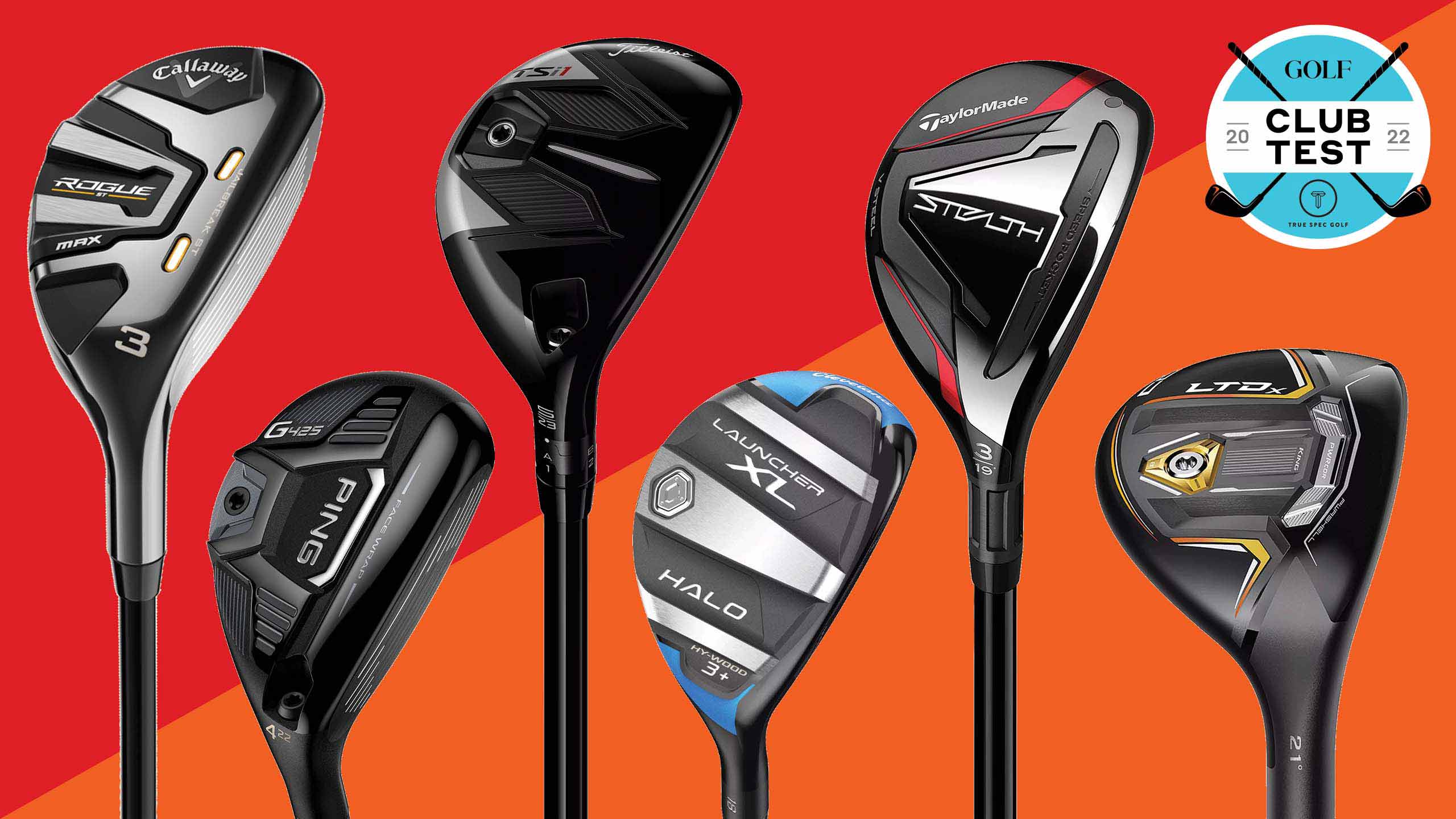 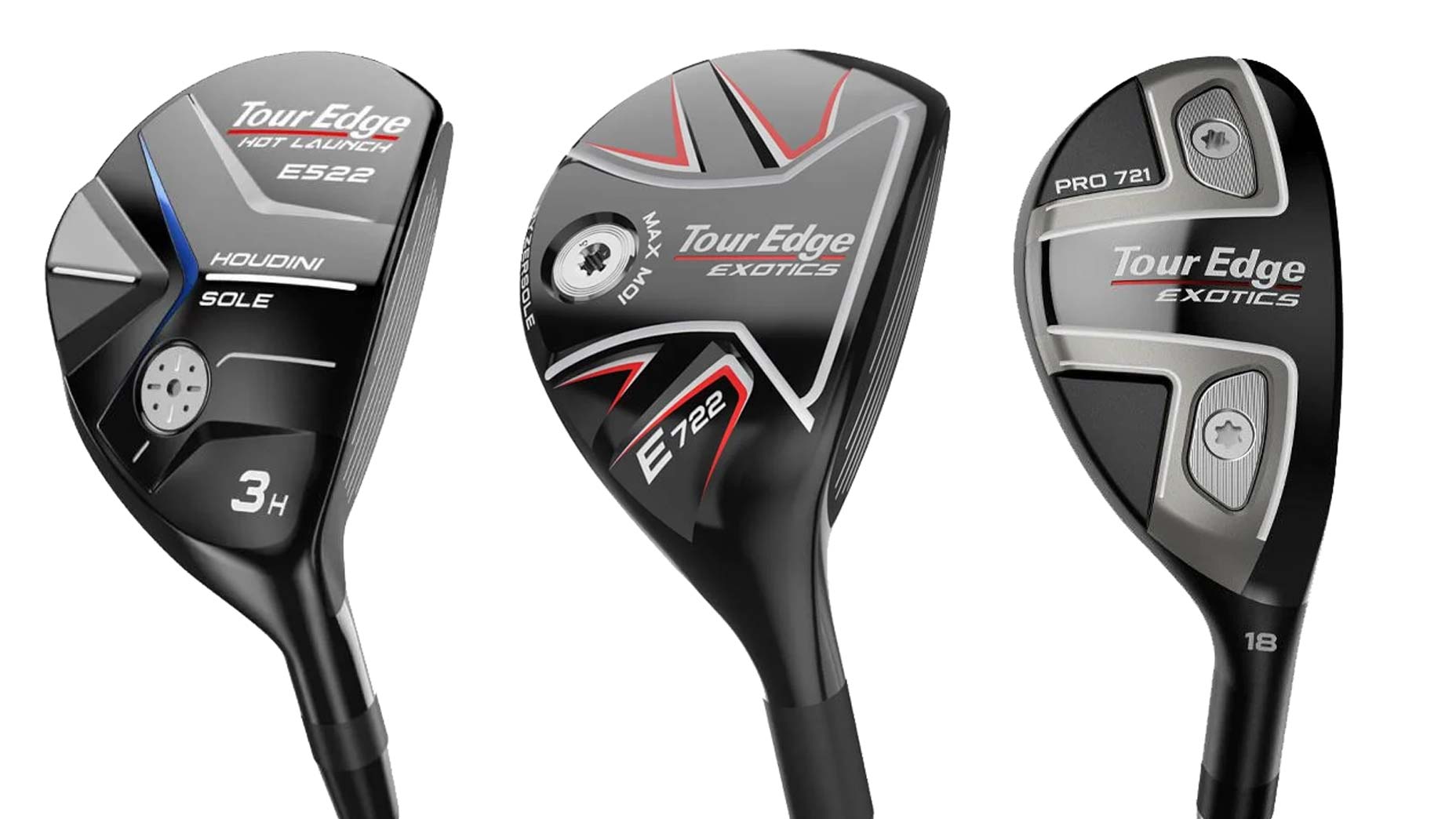