Driver vs. Driver Winner Made Half a Million Dollars for Designing This Club 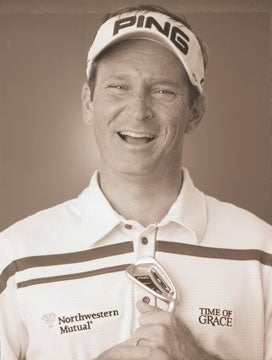 Mark Wilson How He Got to Kapalua: Won the Sony Open in Hawaii and Waste Management Phoenix Open
Robert Beck/SI

Eric Sillies emerged from a group of 11 to win the Driver vs. Driver reality TV series on the Golf Channel and take home $500,000 as his prize.

The finale, which aired Tuesday night, saw Sillies defeat Gavin Wallin thanks to his Wilson Staff Triton prototype, which will become the newest driver concept from Wilson Staff. The Cincinnati native’s driver will go on sale Friday at more than 1,000 shops across the country.

Driver vs. Driver, which aired over the past two months, brought in contestants to compete against one another as they tried to develop an innovative concept that would become Wilson’s newest model.

Wilson advertises the Triton as the “world’s most adjustable multi-piece driver” and it features dual sole plates to maximize launch, spin and distance.

You can see pictures of the driver, and its creator, Sillies, below.